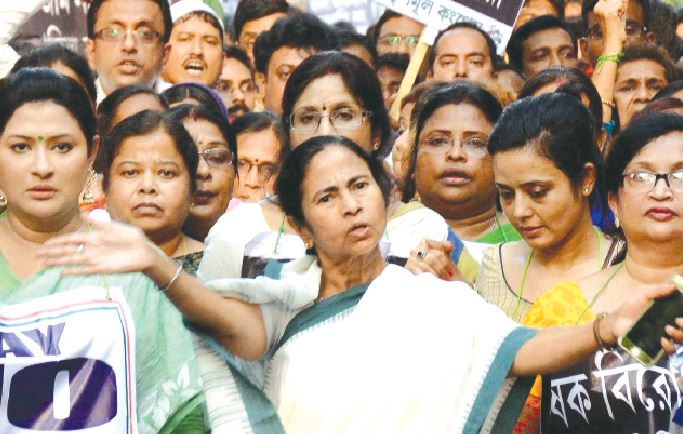 The state chief minister Mamata Banerjee’s recent announcements aimed at women — are being seen as a renewed effort by the party supremo to win over more women voters. The Chief Minister had on more than one occasion announced that the Trinamool Congress-led government would weed out gender bias in the state police force.

The TMC’s apolitical front-Bango Janani will be in the forefront of a sort of social movement to reach out to more women in West Bengal. It is worth mentioning that women voters constitute more than 48 per cent of total electorate. Out of the 6.98 crore voters in the state during the 2019 Lok Sabha polls, 3.39 crores or around 48 per cent of the voters were women.

In fact when in 2019, the Trinamool Congress released its candidate list for the Lok Sabha election, Party head and West Bengal chief minister Mamata Banerjee made sure to highlight this. “I am so happy,” Banerjee said as she announced the candidates.

“This is a proud moment for us. We want to focus on women’s empowerment. We have not restricted ourselves to the minimum of 33 per cent that the government is trying to set for the number of women in Parliament.”

The Chief Minister and the party supremo has said that female workers of the party would visit each of the 70,000 odd booths in the state and speak to 20 women in the area making them aware of the TMC’s developmental programs.

The TMC had started an initiative ‘Didi Ke Bolo’ (Tell Didi) so that people could tell her their concerns and grievances.

Sashi Panja, General Secretary of Bango Janani and State Women and Child Development Minister reportedly observed “An apolitical platform like Bango Janani would have better outreach because many women may be reluctant to join a political party but would love to fight through a apolitical front”.

Women empowerment has always been a core segment of the Mamata Banerjee government’s development issues since it assumed power. This is exemplified by the dozens of welfare schemes that have been rolled out by the government including the Kanyashree scheme which aims at promoting education and prevent child marriage by using cash incentives. In fact The Trinamool government over the past eight years has specifically targeted women and girls in its populist policy making.

This is exemplified by the Kanyashree scheme which is aimed at preventing child marriage by using cash incentives. Launched by the Trinamool government, the project handed out cash to girls between 13 and 18 provided they remained unmarried and in school — thus creating a monetary incentive to prevent child marriage and keep girls from dropping out of school. The Kanyashree scheme has won the United Nations Public Service Award in the Asia-Pacific region.

In 2018, the West Bengal government rolled out another large-scale, populist cash transfer scheme targeted at women voters named Rupashree, it proposed marriage assistance for women from economically weaker families. Like Kanyashree, the Rupashree scheme dissuades child marriage since the cash transfer is contingent on the woman being over 18 years.

While TMC has been giving due importance to women voters over the years, the time has come for the ruling party to gear up its moment to woo more voters from this segment because Bharatiya Janata Party is pulling all stops to ensure women voters move away from Chief Minister Mamata Banerjee’s All India Trinamool Congress (TMC) in the 2021 West Bengal assembly polls.

The saffron party is arranging booth level organizational activities aimed at wooing women voters, considered a crucial vote base for Banerjee. The BJP’s mahila morcha (women’s wing) has been organise padyatras at every booth and mandal, and youth morcha workers had been organising cycle rallies and prabhat pheri (morning rallies). The party high command has also reportedly suggested induction of at least four women in every booth and mandal committee.

The party had divided the state into five organizational zones to involve more women in party working. West Bengal has seen the dramatic rise of the BJP over the last few years. Its efforts on the ground led to the party winning 18 of Bengal’s 42 parliamentary seats in the 2019 Lok Sabha election, up from just two in 2014. This rise came at the cost of not just the TMC, which saw its tally fall from 34 to 22, but also the Congress and the Left Front.

The Indian political parties are vying for support from women, who are voting in record numbers in national elections and increasingly making decisions about whom they will back independent of family patriarchs.

Country’s main political parties have offered a bevy of promises to win their support, including dueling pledges to guarantee that 33 per cent of the seats in the lower house of Parliament and state assemblies go to women. If the overall voter turnout in the four phases of the Lok Sabha elections has been higher in 2019 than in 2014, there is one more reason to cheer.

Women voters have outnumbered men in several States and Union Territories, according to phase-wise data released by the Election Commission. Arunachal Pradesh stood second with 52.05 per cent of the polling with a slight improvement in the overall electoral participation (77.38 per cent) in comparison with the previous elections.

In the 2014 national elections, the female voters outnumbered male voters in many states with Bihar and Odisha topping the list. Between 1962 and 2018, women voters’ turnout increased by 27 per cent, as opposed to men’s turnout, which increased only by 7 per cent in
this time.

Indeed, targeting women voters separately as an interest group or a constituency is a new phenomenon in a democracy where caste, religion, region and ethnicity have been the major rallying factors for political parties to seek votes. 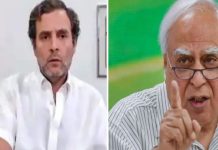