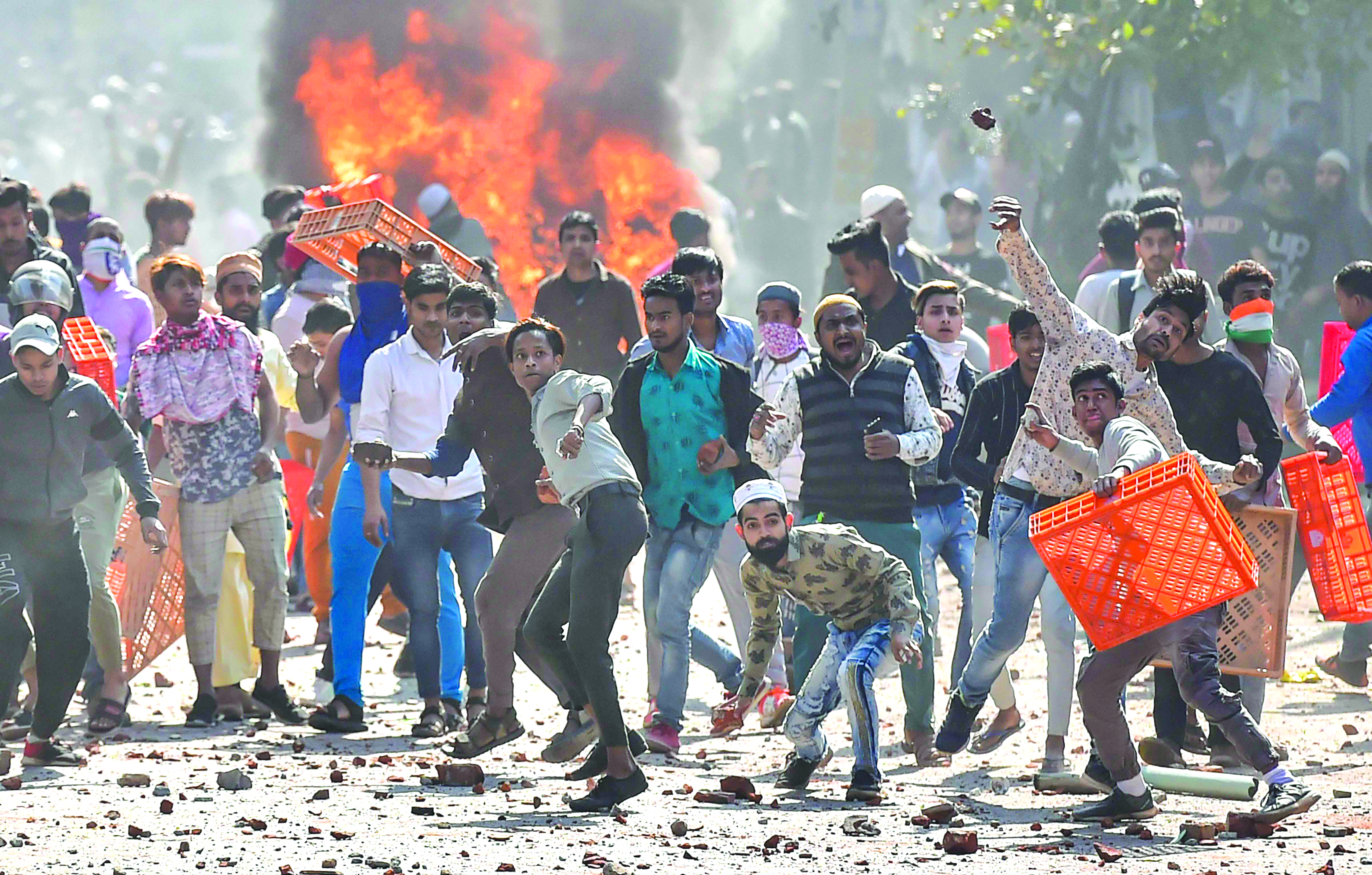 Nero fiddled while Rome burnt. The context hit me as so contemporary. The legend goes back to July of 64 AD, a great fire ravaged Rome for six days, destroying 70 per cent of the city and leaving half its population homeless and Nero, Rome’s emperor was playing fiddle. 23rd of February night of Delhi was quite analogous. The next day was when the President of United States of America, Donald Trump, would touched down on the soil of India in Ahmadabad.

India was basking in the glory of world attention as this was the visit of the most powerful man on the face of the earth. His first, one and standalone visit to India, the country he had just put in the category of a ‘developed nation’. An overwhelming fanfare awaited him in Delhi. But Delhi was simmering, like what the country had witnessed in 1984 and 2002. Delhi’s worst riots in three decades had struck and struck hard. Just a couple of days later what it left are frightened people, burnt-down lanes, abandoned homes, an uneasy calm and an uncertain future.

That night mobs from nowhere descended in the lanes and by lanes of Northeast Delhi, unleashing violence that wasn’t imagined by the residents. Hundreds of unruly people carrying, sticks, hammers, fire torches, petrol bombs and other weapons torched houses, shops were set on fire, vehicles burnt, mayhem reigned on the streets of Jafarabad, Maujpur, Karawal Nagar, Maujpur Chowk, Babarpur and Chand Bagh. Mosques were burned, a temple was damaged, and several schools, shops, houses and vehicles were gutted by rioters running amok. 46 people were killed, the injured number crossed hundred. Its increasing by the day. A mosque in Ashok Nagar and Brijpuri were torched. GTB hospital where the injured poured ran out of medicines and equipments. It was clearly an orchestrated attack by people out to plunder, spread fear and panic amoung the targeted residents of the area that is majorly Muslim dominated. A clash between pro CAA and anti CAA groups at Jafarabad metro station turned violent to became a communal terminator in no time. Pictures and videos went viral, everyone posting help messages to police, their friends and relatives. This riot dance went on unabated for three days with police forces watching all happen, mutely. Prime Minister and his colleagues were busy entertaining the guest from the west.

The immediate trigger came in the shape of a response to the hate speech by Kapil Mishra, a BJP leader, to the anti CAA protestors sitting on the street just a day before. Threatening to remove them forcibly if police did not do it followed the violence that Delhi had not seen in the last many many years. (Last in 1984). In the backdrop was the peaceful protest of Shaheen Bagh.

A protest that became a sore in the eye of the BJP government, where women have been squatting for more than 70 days demanding the repeal of CAA that is feared to question their citizenship, not an incident of violence or ruckus was reported.

The immediate trigger came in the shape of a response to the hate speech by Kapil Mishra, a BJP leader, to the anti CAA protestors sitting on the street just a day before. Threatening to remove them forcibly if police did not do it followed the violence that Delhi had not seen in the last many many years. (Last in 1984). In the backdrop was the peaceful protest of Shaheen Bagh.

A protest that became a sore in the eye of the BJP government, where women have been squatting for more than 70 days demanding the repeal of CAA that is feared to question their citizenship, not an incident of violence or ruckus was reported.

After five days of Northeast Delhi burning, looting, killing, kidnapping, stone pelting along with reports of raping women the condition still remains worse. An IB employee Ankit Sharma’s body was found in a drain which had 800 stab wounds on it (presumably he was courting a Muslim girl). Four bodies were recovered from the drain crossing that area. Women were locked up in their houses and the building set on fire. Now what prevails in Shivpuri, one of the worst attacked, is hunger, homelessness, insecurity, fear and pervading hate between Hindus and Muslims who a few days earlier were living like brothers and sisters. Rumour mills are still thriving. Delhi is fragile with the possibility of violence spreading in other areas too. Fear is writ large on the faces of everybody as media channels howl to tell the story of individuals who have lost not just their kins but their homes and belongings too.

Surely someone is to be blamed for the incident of this magnitude in the capital of the country. The politicians who incite, the police who’s inaction spelled doom and disaster, the rioters or the protestors!!!! People who were killed or are alive and suffering were innocent citizens. What was the police doing!. Where did so much crowd come from! On whose instigation did the riots happen, are all questions that are waiting for answers. Not a politician making hate speeches was arrested. Not an FIR lodged. Whether JNU or Jamia, no one has been taken into custody yet. Was the police in cahoots with the politicians like Kapil Mishra or Manoj Tiwari, who left no stone unturned in spewing fire in the run up to Delhi elections. Not surprising though, our Prime Minister who’s more active on his social media handles, took four days (after the guests had left and the worst was over) to come out with an appeal to maintain peace. Just that. He dutifully stuck to his ‘’press virginity’’.

Delhi is too serious a place to be allowed to be taken over by rioters and law breakers. Is this the rising India!. Is it this India that takes care of its citizens in the way that they are seen today- fearful, petrified, frightened, nervous, intimidated and phobic!!! Messages from across the world poured in expressing concern particularly as Donald Trump’s visit was being watched around the globe.

The onus of maintaining peace and law and order in Delhi squarely rests at the doors of the Union Home Minister under whom lies the Delhi Police and the Head of the Police Department, the Commissioner of Police. Some heads surely need to be rolled and others punished severely to send the right message at the least. The violence has bruised the psyche of the capital to irreparable damage. The government that was elected with a brute majority is expected to handle nation breaking forces with equally brute force in the national capital. Prime Minister Modi and Home Minister Amit Shah need to take Delhi more determinedly to avoid the repeat of their own state Gujarat 2002. Let not our secularism suffocate to death or even be questioned.

The positive and happy part is that in the aftermath, humanity is once again out. Help is pouring from all corners of the country. Food items, medicines, groceries, clothings, things of everyday use are being contributed selflessly and abundantly for the victims and the suffering ones by individuals, organizations, self help groups and NGO’s. Even doctors have set up clinics for the injured which is needed the most. Medical equipments have been donated. On their part the government has converted shelter homes into rehabilitation camps. Times are testing but we will help the victims back on their feet. That’s our victory, the victory of good over evil.