The World Water Day 2021, celebrated in India on March 22 for its theme of “valuing water”, highlights the importance of conserving water and its value. The water scarcity in
India is expected to worsen as the overall population is expected to increase to
1.6 billion by 2050. A report by Shveta Mishra

According to Adviser & Head, Climate Change Programme, Department of Science & Technology, Dr. Akhilesh Gupta “the climate change impacts five big international priorities — water, health, environment, agriculture and energy”. These can be addressed by focusing on glaciology, climate modeling, urban climate, aerosol studies, extreme events and Himalayan ecosystem studies. According to Dr Gupta, “Temperature is increasing and will continue to increase, and sea level will also continue to increase if climate change remains un-arrested. Cities in the countries are showing higher intensity of rainfall due to their high population density. Number of flash floods is increasing along with variability of rainfall. Aerosols are altering rainfall patterns owing to complex aerosols-cloud interaction processes”.

“Not all EI Ninos cause droughts, and not all droughts are caused by EI Nino”. Citing a recent study published in the Science by an IISc scientist supported by DST, Dr Gupta, mentioned that “These two types of monsoon droughts are different not only in their oceanic markets but also in the seasonal evolution. Rather than a signature in the pacific, surface temperatures are observed to be anomalously cold in the North Atlantic during EI Nine draughts. In EI Nino drought, once rainfall deficit sets in early in the season, around mid-June, it progressively gets worse; by mid-August, the entire country is in large deficit, and there is no going back.

In non-EI Nino droughts, there is an initial moderate deficit in June. During mid-July to mid-August, the monsoon, in fact, shows signs of recovery. However, around the third week of August, the buildup of deficit begins yet again, and within three weeks, nearly the entire country is covered in deficit,” he said. Dr Gupta said that all Indian states are vulnerable to climate change. “Jharkhand is India’s most vulnerable and Maharashtra the least. Top 8 most vulnerable states are Jharkhand, Mizoram, Orissa, Chhattisgarh, Assam, Bihar, Arunachal Pradesh and West Bengal. Nearly 90 per cent districts in Assam, 80 per cent in Bihar and 60 per cent in Jharkhand are highly
vulnerable,” Dr Gupta pointed out.

According to the World Bank, India has taken steps to reduce poverty but but the number of people who live in poverty is still highly disproportionate to the number of people who are middle-income, with a combined rate of over 52% of both rural and urban poor.
Although India has made improvements over the past decades to both the availability of drinking water is scarce to rural areas In addition, rapid growth in India’s urban areas has stretched government solutions.

A well known NGO, The Water  Project has in its report felt that “Regardless of improvements to drinking water, many other water sources are contaminated with both bio and chemical pollutants, and over 21 per cent of the country’s diseases are water borne. Furthermore, only 33% of the country has access to traditional sanitation”. The report suggests that the country is a major grain producer with a great need for water to support the commodity. As with all countries with large agricultural output, excess water consumption for food production depletes the overall water table. It says that many rural communities in India who are situated on the outskirts of urban sprawl also have little choice but to drill wells to access groundwater sources which adds to depletion of water table.

To further add to it, the Green Revolution though made the country self sufficient in food grains but led to over usage of water and resultant water table going down in many states particularly Punjab and Haryana.   The Central Ground
Water Board has found that 82 per cent of Punjab areas and 76 per cent in Haryana have seen a substantial fall in the water level.

Experts say earlier farmers followed the maize-wheat or sugarcane-maize-wheat cropping pattern but for the past four decades they have shifted to the wheat-paddy cycle, causing unprecedented  exploitation of groundwater for irrigation. The increasing number of tubewells is proof of the worrying trend. According to experts, the solution lay in an integrated water management strategy, including drip irrigation, besides change in cropping pattern and banning early plantation of paddy so that the monsoon run-off can be used to irrigate fields.

Experts point out that the most subtle solution is crop diversification. That’s the only way that groundwater reserves can be saved. For that to happen, the state would have to prescribe Minimum Support Price (MSP) and procurement guarantee for other crops. The government has already passed the Punjab Water Resources (Management and Regulation) Bill 2020 to make way for creation of Punjab Water Regulation and Development Authority to manage the critical water resources. The authority will be responsible for management, conversion and distribution of water resources in a judicious, equitable and sustainable manner. It is empowered to issue directions and guidelines, issue tariff orders specifying the charges to be imposed by entities supplying water for domestic, commercial or industrial use. In another positive step, the state has also contracted the National Water Company of Israel-Mekorot, for the formulation of a Water Conservation and Management Master Plan (WCMMP) to suggest a lasting panacea to end the water crisis. 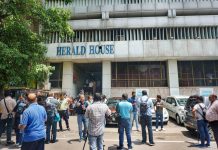 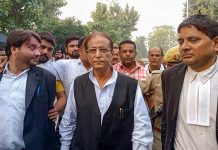