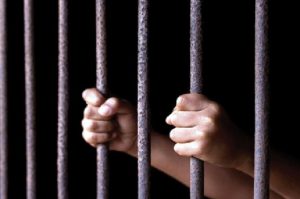 Custodial deaths in India are a cold-blooded play of power and class, which cannot be viewed in isolation. When law enforcement agencies become perpetrators of violence, it becomes an ominous case of abuse of authority, which is antithetical to the rule of law-based system of democratic governance where human rights rule supreme. Custodial deaths are excesses by police force on citizens.

Types of torture include hammering iron nails in body, hitting private parts, electric shocks on genitals, inserting hard blunt objects in anus, urinating in mouth, applying roller on legs and burning, ‘falanga’ wherein the soles are beaten, stretching legs apart in opposite side, and hitting in private parts.

Other methods of torture include electric shocks, pouring petrol or applying chilly powder in private parts, beating while handcuffed, pricking body with needles, branding with a hot iron rod, beating after stripping, beating after hanging upside down with hands and legs tied, forcing to perform oral sex, pressing finger nails with pliers, beating with iron rods after victim is suspended between two tables with hands and legs tied, and kicking the abdomen of pregnant women. With such horrendous abhorrent custodial tortures, democracy in India is a mere sham.

A recent report by an international human rights body, the National Campaign Against Torture (NCAT) reveals a disturbing scenario in India with 1,731 custodial deaths in 2019. Victims were mostly from vulnerable communities, Dalits, Muslims and Adivasis.

Of this, 1,606 people died in judicial custody and 125 people in police custody. This works out to five custodial deaths daily. Out of the 125 deaths in police custody, Uttar Pradesh (UP) topped with 14 deaths, followed by Tamil Nadu and Punjab with 11 deaths each, Bihar with 10 deaths, according to a report of the NCAT.

Other States in that order are Madhya Pradesh with nine deaths, Gujarat with eight deaths, Delhi and Odisha with seven each, Andhra Pradesh and Haryana with four each Kerala, Karnataka and West Bengal with three each, Jammu & Kashmir, Uttarakhand and Manipur with two each, Assam, Himachal Pradesh, Telengana and Tripura with one each. NCAT’s figures corroborate with the official figures by the National Crime Records Bureau (NCRB) of the Union Ministry of Home Affairs.

NCAT’s analysis reveals 75 (equivalent to 60 per cent) of the total 125 deaths in police custody belonged to the poor and marginalized communities including 13 from Dalits and Adivasis, and 15 from Muslims, while 35 were picked up for petty crimes. Three of these were farmers, two security guards, two drivers, a labourer, a rag picker, and a refugee. Report reveals further that women continued to be tortured or targeted for sexual violence in custody and the victims often belonged to the weaker sections. During 2019, the deaths of four women were reported in police custody.

According to the NCRB, 78 deaths were reported in police custody in 2018, compared to a total of police custodial deaths of 1,966 registered by the National Human Rights Commission (NHRC) in the same period. Differences between the data of the two official agencies show there is something glaringly wrong in factual collating of official data. It is relevant here to mention that the current NDA Union Government is notorious in fudging all types of data to hide its failure at all fronts. In 2017, 100 custodial deaths were reported.

It is pertinent to mention here that in the absence of accountability of police, who functions as oppressors, killers, investigators, and prosecutors (all in one), no police is punished. As a result, police get emboldened in their trigger-happy sadistic oppressive games.

Hence, there is a dire need, as never before, for amending the Indian Police Act, 1860 in the light of the Supreme Court of India’s directions in Prakash Singh judgment of 2006 and several police reforms commissions/committees reports to make police impartial, non-partisan and accountable to the people in keeping with their oath to the Constitution of India.

There is also a pressing need for separating investigation from police and entrust it to a dedicated investigation wing in order to minimize rampant corruption in the police force.

Meanwhile, the Union Ministry of Home Affairs has issued Advisory on July 13, 2020 to all States and Union Territories asking them to sensitise and direct all state functionaries, district and below level to follow law of the land and the guidelines issued by the National Human Rights Commission (NHRC) on custodial deaths. MHA’s similar Advisories issued earlier have borne no fruit.

It is to be mentioned here that despite India having been signatory to the United Nations Convention Against Tortures, 1984, enforced since 1987, the country has not ratified it till date. UPA Union Government brought a bill in the Lok Sabha to ratify the UN Convention to put an end to tortures by the police in custody or otherwise to uphold democratic values of unfettered human rights of the people of India. But the bill was thwarted by the then strident opposition now rulers.

NHRC is also to blame partly as it has not lived up to the expectations of the people in this regard. It has failed to mount pressure on the Government to ratify the impugned UN Convention.

Investigation wing of the NHRC is a police outfit. Given the partisan, brutish, nasty and corrupt conduct of police with a glaring public trust deficit, one can very well imagine the prevailing standards of human rights in the country, leaving much to be desired.

Despite that there is no improvement in human rights of citizens, pointing out public institutions, though existing on paper with all lofty ideals as defenders of human rights of the people, are ineffective or defunct for all practical purposes.

At present, India has 1,350 prisons with a rated full capacity of 4,03,739 prisoners. All jails are bursting with overcrowding and degrading inhuman conditions, so much for standards of human rights of prisoners in terms of the Constitution of India.

The Constitution envisioned prisons as centres of reforms, which is not happening. On the contrary, those who come out of prisons either turn out hardened criminals or a never ending rebels against the system of governance.

Added to this, all types of dissents, intellectuals, liberals, right minded people, women, journalists, dalits, tribal, minorities and students, who question the current fascist union government are treated as anti-nationals, framed under seditious law and charged under non-bailable cognisible anti-terror offences just to incarcerate them to deny their inalienable human rights, so much for human rights of people of India under its much-touted paper democracy! 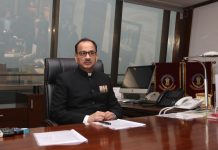