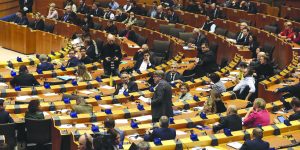 It was immensely relieving for India when the European Parliament deferred voting on a joint resolution against the Citizenship Amendment Act (CAA) until March 2020. The proposal to put off the vote was moved by European People’s Party member Michael Gahler  in the 751-member House, and 271 of the 483 members of European Parliament (MEPs) present cast their vote in favour of postponement. The MEPs who opposed delaying of the vote numbered 199 with 13 abstentions.

This was seen as the failure of a Pakistan lobby’s efforts to embarrass India as Prime Minister Narendra Modi is about to visit Brussels for the prestigious India-EU summit on March 13. The European Union is the largest trading partner of India with bilateral trade worth 92 billion euros in 2018 — 12.9 per cent of the total external trade of India.

Six EU Parliament resolutions contained scathing attack on India for enacting a discriminatory law called the CAA with the controversial idea of the National Population Register seeking difficult details and the National Register of Citizens. All this, if implemented, is feared to make crores of Indians, mostly poor, lose their citizenship despite being indigenous people. The most critical resolution was presented by the EU’s second-largest political group, the Progressive Alliance of Socialists and Democrats which described the CAA as having the potential to “create the largest statelessness crisis in the world”.

Now the question arises: Why do we create a situation when others find an opportunity to tarnish the image of the country? As many experts have stated, why is this urgency for the NPR, the CAA and the NRC when there are more pressing issues like the increasing joblessness and a disturbing decline in the GDP?  There are countrywide protests as a result of which thousands of man hours are lost every day since the protests began on December 15 last year. But all in vain. This should not happen in a healthy democracy. People’s representatives who control the levers of power must establish contact with those opposing the NPR, the CAA and the NRC with a view to addressing their grievances. No one opposes the move to grant citizenship after a stay of minimum five years to the persecuted people who have deserted their home in Afghanistan, Pakistan and Bangladesh, the three countries mentioned in his speeches by Union Home Minister Amit Shah off and on.

The problem arises when the persecuted people are identified with their religion. This is clearly against the Constitution, which talks of secularism as one of its core values.

As noted lyricist and thinker Javed Akhtar said a few days back, the founding fathers of the country’s Constitution decided to give equal respect to all religions with secularism as one of its basic principles at a time when communal fires were still burning in the wake of the country’s Partition in 1947, enhancing the image of India in the comity of nations. “It is this inheritance that we have to protect”, pointed out Akhtar.

The stature of the Constitution’s founding fathers goes up many inches when we realise that they decided to ensure that secularism remained one of the cornerstones of the Constitution immediately after Partition. That was their idea of India where there would be no discrimination against anyone on the basis of a person’s religious faith, caste, colour, creed, language, region and other such things. This is how India got its plural character.

Here a few very touching incidents come to my mind which highlight the idea of India we have known so far. Three decades ago we were gifted with a daughter by the Almighty but she could survive only a few months. When she died and we were offering the parting prayers (namaz-e-janaza) for her, I had a colleague of mine standing beside me. He, being a non-Muslim, did not know how to offer the special prayers yet he was there with us during that time of grief. This is how we Indians have lived together, sharing one’s joys and sorrows all these years.

Another interesting incident: I had just joined The Tribune, the largest selling newspaper of North India, brought out from Chandigarh. One day I was on duty in the paper’s newsroom as one of its junior-most journalists when the head of the news desk, the News Editor, got a table calendar as a gift from a big private company. He came to us, saying that he wanted to give that calendar to one of us.

But the problem was how to decide who should be the beneficiary. He told us that we were there belonging to three different religions and the gift could be given to only one person. How to select that person so that the others present do not feel hurt was the challenge before the elderly journalist. He found a solution with the help of the draw of lots and the beneficiary was this writer. He told us that a decision in my favour would have otherwise hurt the sentiments of the others. He tackled that problem tactfully, which also saved him from carrying a feeling of guilt. I could see the idea of India in flesh and blood!

Yet another incident which shows how beautiful the idea of India is.

It was the occasion of marriage of the daughter of one of our friends. The baratis had arrived and the father of the groom wanted some questions to be answered by the bride’s father, who was not available immediately. He was told that in the meantime he could discuss the issues with her uncle, who was present there. The groom’s father was surprised when he was told that the uncle’s name was Raziq Husain Zaidi. “But he is a Muslim. I had fixed my son’s marriage with the daughter of a Brahmin.”

“You are right, sir. But my father, Prahlad Kumar Sharma, and Raziq’s uncle are very close friends, like brothers. Don’t worry. My uncle will settle any issue you have in your mind”, Prahlad’s son said.

After some time, when Prahlad came back from wherever he had gone, he was happy to find that his friend had settled some problems raised in his absence. The groom’s family was stunned. They saluted the “two brothers”, though born with different religious denominations.

This has been our India so far. We have learnt to live together as different flowers in a garden. The CAA-NPR-NRC cannot  safeguard this character of our motherland.

These divisive projects deserve to be discarded before it is too late. This is how we can prevent India’s enemies and others from raising accusing fingers at us. 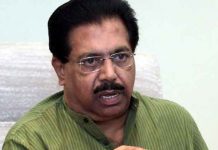 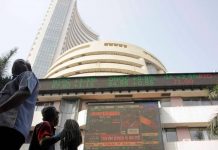