A startling film on groom kidnappings almost failed to see the light of day. Aastha Atray Banan speaks to the director of Antardwand on his struggle

AT A TIME when Khap killings and female infanticide have stopped raising eyebrows, a film is all set to change our perceptions. When director Sushil Rajpal decided to make a film on groom kidnappings, also known as jabariya shaadi, a social practice flourishing in the hinterlands of Bihar, little did he know that he was embarking on an arduous journey. Antardwand, which was completed in 2007 and won the National Award in 2009, couldn’t be released in India before 2010. The reason? The distributors didn’t consider it economically viable. But Rajpal didn’t give up. Several challenges later, his efforts seem to have paid off as the film releases under the PVR banner this week.
A particularly shocking scene in the film shows alcohol being poured down the kidnapped groom’s throat as he is beaten and forced into a sherwani. Meanwhile, the bride is being pampered during her haldi and then dressed in a beautiful saree.
Inspired by the true story of Rajpal’s close friend from Delhi, the film was a labour of love for the debutant director. “I never thought an incident that happened 20 years ago would still be relevant today. But the practice is still rampant in Bihar and parts of Uttar Pradesh. Out of 3,000 kidnappings last year, 1,000 victims were grooms. It is usually done to avoid giving dowry,” says Rajpal. While Rajpal’s friend ran away, he could never get married as the bride’s family slapped a case against him, which he continues to fight till date. “Most grooms submit to their fate. The ones that run away have charges of abandonment slapped on them. If the marriage has been consummated, then getting a divorce is even harder,” Rajpal adds.


Raj Singh Chowdhury, who plays the protagonist Raghuveer, says playing the groom in distress was frustrating — “I am from Rajasthan, where female infanticide is still prevalent. How does one change the way people think? It’s an innate part of their system.” Even Swati Sen, who plays the demure bride, was dumbstruck when she first read the script. “The bride suffers as well. All she wants is a normal marriage and a husband who loves her. But she is stuck with a man who doesn’t want her,” she says.
DESPITE THE distributors’ initial scepticism, Rajpal found favour with some of the biggest names in B-town. “Everybody has their reasons to release a film. Distributors need stars. My friends and the producers with whom I had worked as a director of photography helped me fund the project. Once we won the National award, PVR came on board,” he muses, saying he doesn’t blame the film industry. “So many people did help — Anurag Kashyap, Rajkumar Hirani, Imtiaz Ali — all came out to support the movie.” Incidentally, Rajpal, a cinematographer- turned-director who studied at Pune’s FTII, also worked on Ali’s Jab We Met and was director of photography in Pradeep Sarkar’s Laaga Chunari Mein Daag.

Shot in the stark landscape of Bihar, the film’s desi dialect and strong performances give it a realistic edge. The final word comes from Hirani, who says, “The film is inspiring because the story is simple and strong. I was shocked to see that the practice still continues. If Rajpal had told me six months ago that he had problems releasing it, I would have released it for him.”
aastha@tehelka.com 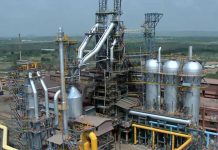