A Border Security Force (BSF) jawan and three Indian Army soldiers were martyred in the line of duty during an operation along the Line of Control (LoC) in Machil sector of Jammu and Kashmir.

According to the reports three terrorists were also eliminated in the operation.

Around 1 am, a BSF patrol noticed suspicious movement near the Anti-Infiltration Obstacle System (LoC fence), about 3.5 km from the LoC. The BSF personnel challenged the infiltrators and a gunbattle ensued, in which a terrorist was eliminated.

“In the ensuing firefight, two more terrorists were killed. Own troops suffered three KIA (including one officer) and two injured. Injured soldiers have been evacuated. Jt Op in progress,” Indian Army added.

“In the wee hours of 8 Nov’20, @BSF_Kashmir foiled an infiltration attempt in the Machil Sec. 01 terrorist killed and remaining of the group pushed back. Ct Sudip Sarkar continued fighting in spite been hit and ultimately made the supreme sacrifice,” BSF tweeted. 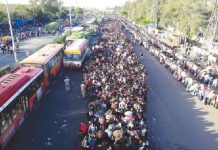 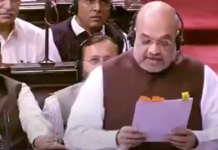