Three firemen sustained injuries while trying to douse the flames on Tuesday morning after a fire broke out at two factories in Delhi’s Narela industrial area.

According to reports the fire broke at one of the factories which manufacture dona-pattal whereas the other factory manufactures shoes. The fire is under control at one factory whereas efforts are being done to control fire at the shoe factory.

Inured firemen were given first aid on the spot. 36 vehicles of the fire department are working to control the fire.

This comes after two major fire incidents in Delhi.

On Monday 9 people lost their lives including 3 children in the fire which broke out in early hours in a three-story residential-cum-commercial building in outer Delhi’s Kirari area. 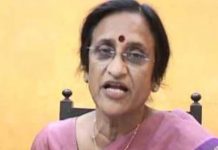