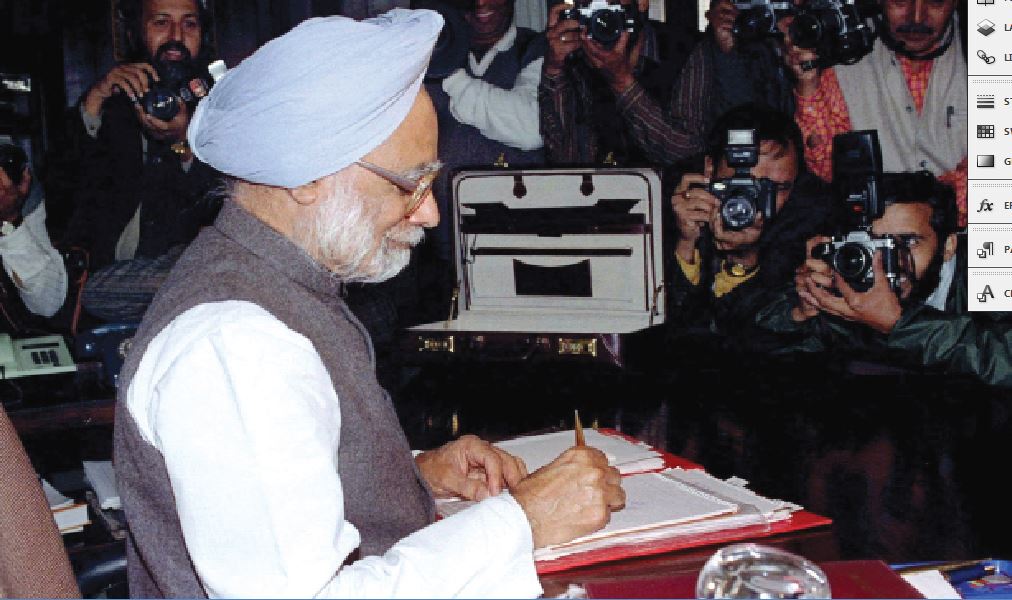 On this day 30 years ago on 24th July, 1991, India ushered in significant reforms of economy and paved a new path for the nation’s economic policy. Over the last three decades, successive governments have followed this path to catapult our nation to a $3 trillion economy and into the league of the world’s largest economies. However, some challenges still remain, writes SHVETA MISHRA

A statement issued by the former Prime Minister, Dr Manmohan Singh to mark 30th anniversary of liberalisation claimed that “nearly 300 million fellow Indians have been lifted out of poverty in this period and hundreds of millions of new jobs have been provided for our youth. The reforms process unleashed the spirit of free enterprise which has helped produce some world class companies and help India emerge as a global power in many sectors.

The economic liberalisation process in 1991 was triggered by an economic crisis that confronted our nation, then but it was not limited to crisis management. The edifice of India’s economic reforms was built on the desire to prosper, the belief in our capabilities, and the confidence to relinquish control of the economy by the government. He said that “I was fortunate to play a role in this reform process along with several of my colleagues and it gives us immense joy to look back with pride at the tremendous economic progress made by our nation in the last three decades. But I am also deeply saddened at the devastation caused by the Covid-19 pandemic and the loss of millions of fellow Indians”. He signed off with a word of caution that it is not a time to rejoice and exult but to introspect and ponder. The road ahead is even more daunting than during the 1991 crisis. Our priorities as a nation need to be recalibrated to foremost ensure a healthy and dignified life for every single Indian.

The year 1991 had begun on an ominous note as the year saw political instability in India with the Mandal Commission’s report on reservations leading to a crisis situation never witnessed before. It was not only the political instability that had shaken the nation, but there was a serious foreign exchange reserve crisis as well threatening the fundamentals of Indian economy. The foreign exchange reserves were so low that they could suffice for a maximum of 30 days only. It was this moment when Manmohan Singh delivered his historic speech while presenting his budget as Finance Minister on July 24 that changed the destiny of Indian nation and its economic direction.

In his maiden speech as the union finance minister, Singh quoted one of the greatest French  writers, Victor Hugo: “No power on earth can stop an idea whose time has come.” And rightly said this was an idea that changed the Indian nation for the better. Now, thirty years later, India is among the world’s fastest economies and emerging third world leader. There still are issues like poverty, corruption, unemployment, lack of social security, gender inequality but there are positives like a growing middle class, the growing literacy, which will be a big advantage in the future as at present 95 per cent of children at 12 years are literate in the country, while a number of computer literates and mobile-savvy people is going up by the day.

When India embarked on economic reforms in 1991, it was akin to a beggar that looked for funds from the International Development Association and the World Bank. Now 30 years years later, India today has become a donor country with a line of credit to many neighbouring countries. The 30-years of reforms have resulted in catapulting India as the third-largest economy in the world after China and the US. The best part is that India has overtaken all European economies and Japan.

In 1991, it took years to get a telephone landline. A telephone landline connection meant having to fill up a form and then waiting for a few years for the engineer to arrive. With the mobile phone revolution, scarcely anybody bothers about landlines any longer and, today, India has emerged as the third largest Smartphone market in the world. Today, India has over a billion cell phones, instant availability and the cheapest telecom rates in the world. Even people below the poverty line have phones. In 1991, only 20 percent of Indians had a TV set. Now two-third do. In 1991, Doordarshan had a TV monopoly. Today, the country has close to 1000 TV channels.

India is changing radically. Not just mobile phones, liberalization’s tangible effects can also be ­measured through parameters such as the mushrooming of shopping malls and high-rise apartment buildings, as well as growing disposable incomes. But it is also to be found in India’s attitudes, aspirations and ­ambitions, all of which have changed drastically.

Challenges
However, the Covid-19 pandemic has affected our economy hard and there are challenges galore. It is clear that there would be no significant economic recovery unless India gets a significant majority of its population vaccinated. If the pace of vaccination continues to lag, there is the possibility of a third wave, which may bring with it another round of disruption. The increased uncertainty further worsens the trends of consumers holding back consumption and businesses holding back new investments. The inflation is once again showing its ugly head. This would require the RBI to raise interest rates. If India has to remain an attractive destination for global investors, RBI would have to give up on the regime of low-interest rates. There is a strong need for structural reforms in the financial sector, power, health and foreign trade. Reforms in cooperation with the states are also urgent in health, education, labour and land, which are all primarily state subjects.

Indications are that the projected recovery in the first quarter of 2021-20221 may be curtailed due to the debilitating impact that COVID-19’s second wave on the Indian economy. Major economic and urban agglomerations are already reeling under its impact with partial and localized lockdowns with widening coverage by the day. The sectors that would suffer include, construction, trade, hotel, transport, manufacturing, mining, and other services. However, the latest report of the Center for Monitoring Indian Economy gives hope for revival. The report says that “Of the 22.7 million jobs lost during the second wave of the pandemic, nearly 7.8 million have recovered in June after economic activity started picking up, taking the total employment in the country to 383 million last month”.

When jobs are picking up, it is bound to lead to more spending and bouncing back of different sectors of the economy. Already therural economy has performed well even during the disruptions caused by the pandemic. These are signs of hope, the signs of revival as we celebrate three decades of reforms.