Crime Investigation Branch of Haryana police detected a GST fraud of value worth Rs 25 crore by a fake firm and on a clue arrested two persons Ashish Gupta and Anil Kumar both residing in Omax City Apartments at Bahadurgarh in Jhajjar district while they were sitting in a car near the housing complex, followed by arrest of their another accomplish Hitender a resident of village Chhara also found involved in their alleged fraud having a fake firm in his name having its office in the shopping area near Omax City complex for which he was being paid Rs 75000 every month by Ashish Gupta and Anil Kumar.

Preliminary investigation revealed, both Ashish Gupta and Anil Kumar were having as many as 39 fake firms registered with GST in the state involved in GST frauds for amount worth Rs 25 crore having fake sale-purchase  transactions in their firms. Both Ashish Gupta and Anil Kumar arrested by police were produced in the court and remanded to police custody for five days, whereas Hitender was sent to jail under judicial custody. According to police information, during search at their residences, more than six fake voter cards, two fake pan cards, a bank account card, a mobile phone and large number of documents having fake addresses were recovered from Ashish Gupta. Similarly, police recovered four voter cards, two blank cards, one pan card and a mobile phone from the residence of Anil Kumar during search by the police.

During police remand, investigating team also recovered data of as many as 39 fake registered firms from both mobile phones and Rs 9.13 lakh cash from them. Preliminary investigation also revealed that excise & taxation department had cancelled GST number of firm registered in the names of Ashish Gupta and Anil Kumar finding large number of embezzlements in sale as well as purchase suspecting GST thefts in their firm in which purchases were made from six fake firms and transactions made in the name of Choudhary Metal found fake having office in a shop near Omax City complex registered in the name of Hitender and GST account of this firm was also found cancelled due to large number of irregularities in the account. Investigations also revealed that this firm was also registered on the basis of fake documents and bank account of the firm was in YES Bank in the name of Hitender having fake bank transactions. 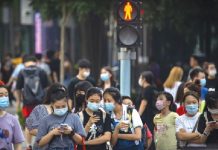