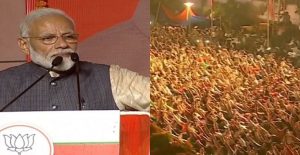 Prime Minister Narendra Modi thanked the citizens of the country over the BJP’s landslide win in the Lok Sabha elections today, saying it was a victory of “democracy”.

Modi promised to devote every moment of his time for the people of India.

In a speech at the party headquarters to celebrate the BJP’s spectacular victory, Modi said that the election has thrown up a mandate for new India.

This mandate is the biggest event in the country and in the world, PM Modi added.

On the occasion, Modi also made three promises. He said he promised that he would never do anything with ill intention, “will do nothing for himself” and “dedicate himself, every cell of his body and time for the country.”

Earlier PM Modi in a tweet thanked India for keeping faith in the party. He saluted BJP workers for their determination and hard work.

“Thank you India! The faith placed in our alliance is humbling and gives us strength to work even harder to fulfil people’s aspirations. I salute every BJP Karyakarta for their determination, perseverance & hardwork. They went home to home, elaborating on our development agenda,” Modi tweeted. 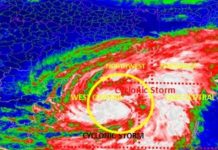 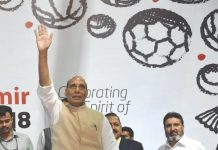 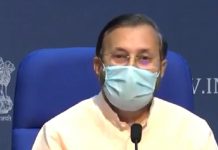