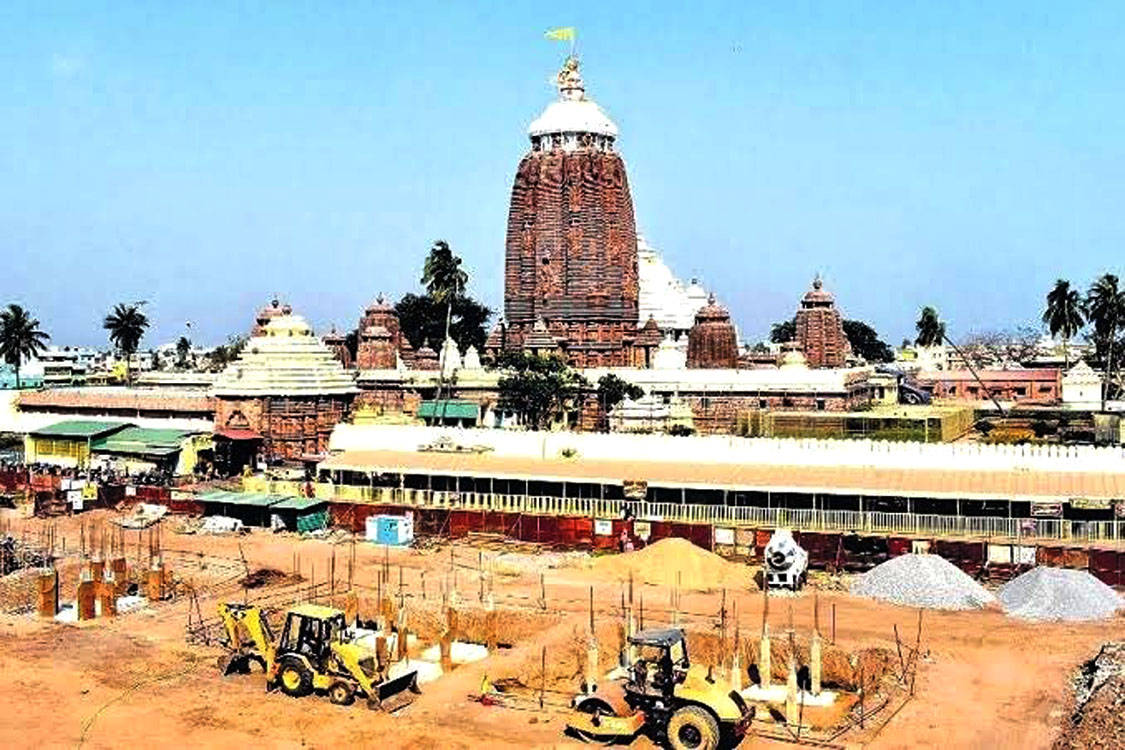 CM Patnaik’s focus on the development of major temples is a calculated move to tap into Hindu religious sentiments which can keep the BJP at bay. This seems to have alarmed the BJP leaders who are finding fault with the various projects launched by CM, writes Arabinda Mohapatra

The ambitious Puri heritage corridor project has turned controversial with ruling Biju Janata Dal (BJD) and BJP coming face to face on the issue. While the state BJP has launched a full-fledged campaign against the manner in which the BJD is carrying out the project, the Naveen Patnaik-led regional party maintains that the saffron leaders are trying to politicize the issue. The BJP has accused the Patnaik government of violating the rules relating to ancient monuments while carrying out the project. But BJD has refuted the allegation asserting that nothing illegal has been done in the execution of the project. The party has also taken potshots at the BJP leadership for trying to block the development of Puri and the 12th century Jagannath temple, the most famous shrine of the state which is visited every year by lakhs of devotees.

Conceived in 2016, the Puri Heritage Corridor Project is aimed at transforming the holy town into an international heritage city with several ancient temples and enough amenities for the visitors to enjoy their stay in Puri which is not only a great centre of pilgrimage but also a major attraction for tourists who love beaches and bathing in the sea. The project includes redeveloping major portions of the town and in the vicinity of the temple for visitors and tourists. The project includes multiple developmental initiatives with the cost running into several crores. After the initial Rs 800 crore from the state government’s Augmentation of Basic Amenities and Development of Heritage and Architecture at Puri (ABADHA) scheme, another Rs 265 crore will be provided in the first phase of the project which includes Shree Jagannath Temple Administration (SJTA) building redevelopment, a 600-capacity Srimandir reception centre, Jagannath cultural centre including Raghunandan library, integrated command, and control centre etc.

The 12th century Jagannath temple, which is Puri’s biggest attraction and also at the centre of the present controversy, is a centrally protected monument with the ASI in-charge of its maintenance. As per rules laid down under the Ancient Monuments and Archaeological Sites and Remains (Amendment and validation) Act, construction activities within a 100 metre around such a monument’s perimeter are restricted. Constructions can only be carried out with approval from the National Monuments Authority (NMA) which is a body under the Union Ministry of Culture. It was set up under the provisions of AMSAR Act for the protection and preservation of monuments and sites through management of the prohibited and regulated area around the centrally protected monuments. 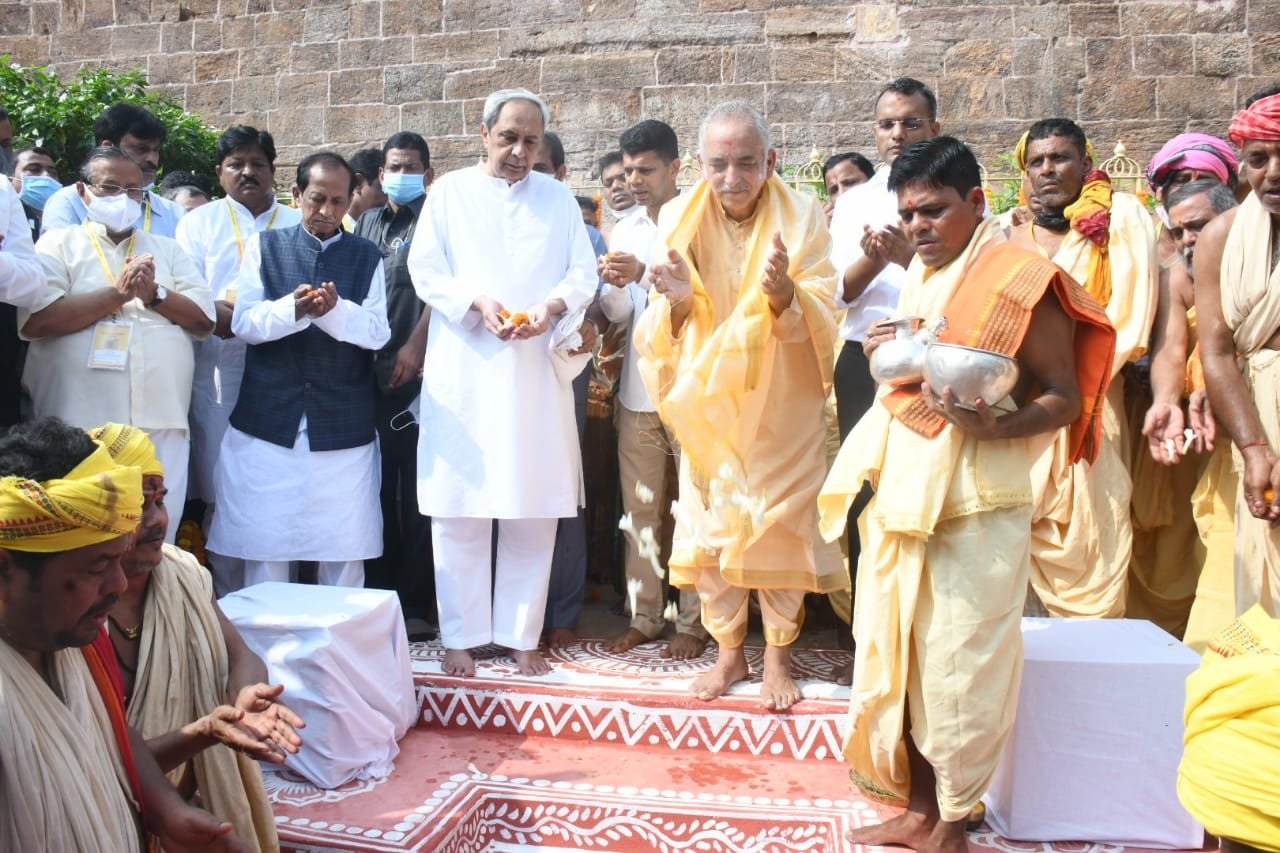 The Jagannath temple is spread over a huge area and any developmental work concerning the temple has to be carried out with extreme caution considering the importance and antiquity of the temple. The BJP and some voluntary organisations of Puri have also alleged that rules are being violated in the execution of the project. Besides, there is growing concern over the structural stability of the 12th-century monument as JCB machines are being used to dig up the area within the 75 metre radius of the shrine to set up public amenities.

The controversy surrounding excavations for developmental work around Jagannath temple has deepened further with a broken stone sculpture resembling a lion being found on the premises of the historic Emmar mutt near the 12th century shrine recently. Local people found the sculpture near the demolished mutt which is closely connected with Jagannath temple and its culture.

A PIL has been filed in the court raising objections to digging as it was affecting the structural safety of the famous shrine.  The petition alleges that any construction within 100 meters area of a protected Monument like Jagannath teme violate the Ancient Monuments and Archeological Sites and Remains Act. The ASI, however,  is yet to determine the exact age of the damaged lion sculpture.

The 900 year old Emar Mutt was among the many old heritage buildings demolished for the Puri heritage corridor project. After demolition of the mutt, Odisha Bridge Construction Corporation had started digging deep in the area for the construction of a reception centre as part of the Rs.800 crore project.

The BJP MP from Bhubaneswar Aparajita Sarangi has raised the issue at different forums including Parliament and had also visited the temple town recently in this connection. Her visit created a stir after she was stopped at the entry point of the town by the police for some time. Later, BJP national spokesperson Sambit Patra, who had contested the last Lok Sabha election from Puri unsuccessfully, also raised the issue.

However, within the state BJP itself there seems to be difference of opinion over the issue with party’s Puri MLA Jayant Sarangi recently being quoted by the media as saying that the ongoing developmental work in the temple town should be completed at the earliest as it was in the interest of the town residents.

Independent observers and common people visiting Puri are, however, happy with the developmental work being carried out and want the city to be developed into an international pilgrim centre with best possible amenities. Most of them feel that this is in the interest of people and this is unlikely to affect the structure of the temple in any major way.

Independent observers also cite the example of the developmental work carried out around the 11th century Lingaraj temple in Bhubaneswar. The beautification drive has changed the landscape around the temple which is now visited by a large number of people belonging to all age groups. Some go there only to enjoy the beauty of the surroundings. This is also bound to increase the tourist inflow into the area.

There is also another dimension to the Puri controversy. Some political observers feel that chief minister Naveen Patnaik is trying to counter the influence of BJP, his principal rival in the state, by taking up developmental work at most of the famous shrines of the state to win over the support of Hindus. In fact, one of the highlights of Naveen’s fifth innings as chief minister has been his special emphasis on the development and beautification of major temples of the state including the Puri Jagannath temple and the Lingraj temple in Bhubaneswar.

Recently the chief minister, who is also the president of ruling Biju Janata Dal (BJD), flew to Ganjam to attend the Mandira Pratisahta of Maa Tarini, the most famous temple of southern Odisha, which draws lakhs of devotees. The chief minister described Odisha as Deva Bhumi.

According to some observers Patnaik’s focus on the development of major temples is a calculated move to tap into Hindu religious sentiments which is the best way of keeping the BJP at bay and increasing BJD’s vote share. Despite his secular image, Naveen is keenly aware of the fact that Hindus constitute an overwhelming majority in the state.

This seems to have alarmed the BJP leaders who are not only finding fault with the various developmental projects launched by the chief minister at major temples but also trying to politicize it. The ambitious  Puri Heritage corridor project for the beautification of the 12th century Shree Jagananth Temple is an example of this. The BJP has raised the issue of violation of OMSAR Act and alleged that the ongoing digging work near the shrine would adversely affect the temple itself. However, common people are not only happy but have been lending full support to the chief minister who is personally monitoring the heritage corridor project.

The Patnaik government is also working for the infrastructure development of Chandi Mandir at Cuttack, Maa Sarala temple in Jagatsinghpur district and the Samaleshwari temple in western Odisha. All these initiatives have been appreciated by common people which makes it evident that the protest against the Puri project is more political in nature and the controversy surrounding the issue should be buried in the interest of all. 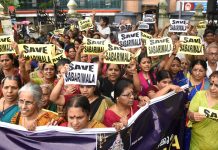