At 51, Irrfan Khan has clocked up achievements that set new benchmarks for Indian cinema. The unpretentious and simply brilliant actor, an alternate cinema star at home, is the very first Indian actor to crossover to international cinema in the truest sense of the word. Today, as he suffers from a rare condition, a NeuroEndocrine Tumor, Irrfan has gone to London to seek further treatment. As always he has displayed immaculate grace in his public conduct of an illness that can have dire consequences.

Initially, Irrfan announced on social media that after suspense of 15 days, he has discovered that he has a rare disease. Poetically, he referenced that his quest for rare stories has led to a rare disease. Irrfan then shared details of his illness without giving specifics of which part of his body has the tumour grown in. He also mentioned that he will be travelling to London for further treatment. He has referenced classic Western literature to infer a sense of acceptance and understanding of his illness.

Irrfan was set to begin shooting for his next film by Vishal Bharadwaj. Co-starring Deepika Padukone, this was a promising gangster drama set to traverse Mumbai and the border areas of Nepal. The film will now be shot when he returns after treatment and recovery. That he was in the midst of preparations of a film with India’s most popular heroine reiterates that his career graph blazes its own trail. Irrfan can’t be compared to others, not in his professional life or his personal choices.

It’s almost ironic that Irrfan Khan’s pet cause of activism was opposition to cell phone towers. Proliferation of these towers in residential areas and near educational institutes had him protesting along with common people. Cell phone radiation has been linked to cancers and tumors, with heated debates in medical and scientific circles on whether they really cause harm to people’s health. What is more worth noting here is the fact that cell phone companies are amongst the biggest sources of advertising and event-related revenues for Indian celebrities. By opposing these towers, Irrfan effectively cut off his chances of landing any such ads or events.

But then, Irrfan Khan has never led life with conventional choices. His transition to Hollywood has not been highly publicized or high profile. It has been subtle, as has been the acceptance that he has found amongst elite filmmakers and with international cinema. Be it Inferno, The Amazing Spiderman or Jurassic World, Irrfan has been part of big-ticket Hollywood films playing important roles. Here in India, he plays the leading man in fresh, innovative cinematic stories. His films have been integral in redefining that which we call mainstream Hindi cinema. Small, brilliant films like Qissa have given his theatrical releases in niche European markets. He has also been part of a groundbreaking Netflix mini series, Tokyo Trials, and is set to star in the comedy series, The Ministry, for Amazon India.

Simply put, Irrfan Khan does not have a precedent. His career, shaped by incredible acting talent and a thirst for quality work, is comparable to international actors. During the course of a rare interview, while chatting with Irrfan’s long-term manager, the name Viola Davis cropped up. Instantly, similarities in their careers struck me. Both have found their peaks at middle age, when actors tend to wane. Both are known for strong performances and breaking new ground. And both beat the racial diversity cliché with roles being scripted for them. As actor Irrfan still has a lot more qualitative material to deliver onscreen.

He has completed shooting for Marc Turtletaub’s slice of life film, Puzzle. Turtletaub has produced the Oscar nominated Little Miss Sunshine, and much loved films like Away We Go, Sunshine Cleaning and Loving. Starring Emily Dickinson, this is a much-awaited Indie. Another international project, The Wicked Path, to be directed by Salim Khassa has been announced. Then there’s The Ministry series directed by Gursimran Khamba, from All India Bakchod (the Stand Up Comedy troupe). And there’s Blackmail, a comedy- drama by Abhinay Deo that releases this month. Irrfan Khan remains prolific and on top of his game.

There’s also another form of activism that he has displayed – a near radical rejection of the kind of content that Hindi cinema and TV churn out. In an stark statement at a media forum in Mumbai, Khan had stated that streaming giants Netflix, Amazon Prime and Hulu will not find suitable collaborators amongst Indian content creators. He simply stated that we don’t have writers and that no one puts in the right amount of research. He has stated this similarly in the past too, that there is a crisis in writing for film . While insiders of the film industry might view Khan’s statement as brash, it holds a lot of truth. Mediocrity and remaking dominates Hindi film writing. Writers are compensated poorly and erratically. Therefore, the motivation to research and think through a project is often missing. There is no concept of a team of writers developing a script or storyline for TV. As online streaming giants like Netflix and Amazon Prime revise the paradigm of storytelling and bring back loads of content that has something for everyone, viewers have switched loyalties quickly. In urban centres in India, the youth prefers logging on to these platforms rather than turning on the TV or buying movie tickets. In Irrfan’s constant criticism and truth telling, there is an element of harsh reality. Unless good stories with strong content make it to Indian screens, it will lose its audience rapidly to better international content. Only a truly committed artiste, who really cares about the fate of Indian cinema, would say this at the risk of antagonizing established power centres that rule Hindi films.

Irrfan Khan has underlined spirituality and his firm belief in God with his recent social media posts on Instagram and Twitter. Even as Khan undergoes advanced treatment, the warrior in him continues to battle against set norms and conventions and established, outdated concepts of cinema and stardom. When back on his feet, this warrior, as his wife Sutapa calls him, is bound to deliver more ground breaking and unforgettable cinematic work. 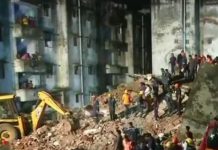