Known mostly as the voice behind hits like Rockstar and Dooba Dooba, we recently discovered a whole new compassionate side to Mohit Chauhan. Neha Kirpal recently caught up with the Bollywood musician who spoke at length about his Himachali roots, the incredible musical journey so far, causes that are close to his heart and special initiatives that he has been a part of.
Edited Excerpts from an interview •

Not many people know that since February 2017, you have been airing free online concerts called CoHear to reach the far-flung audience that cannot come to your shows. Tell us more about this initiative

My wife, Prarthana, suggested that I should take my concerts to people who can’t get to my concerts physically and that’s how CoHear came in. CoHear stands for Community Hearing, which means all of us come together as a community of music lovers and listen to some good music. It is my way of reaching out to all those who can’t attend my concerts. We were surprised to find that every concert we did had 10 lakh views. There were people tuning in from as far as Canada, Nepal, Australia, US, UK and New Zealand. Since these concerts are absolutely free of cost, no one has to pay a dime to be able to listen once they log in. For years now, I have been meeting people who tell me they want to attend my concerts or booked tickets but couldn’t make it to the event. Some would even come from as far as Spiti.

CoHear was simultaneously aired on my Facebook page and YouTube channel. It is such a unique concept and I am the only artist in the world doing free concerts like these for music lovers. Towards the end of last year, we took a break from CoHear Season 1, because I had to work on my new album and songs which will start releasing in June 2018. We will now start putting together more concerts for CoHear Season 2 and will be back on the air very soon.

You also promote compassion for animals through online campaigns like #Animal for People. Tell us about this.

In Delhi, there is an entire group of community animals that we look after on a daily basis, including cows, dogs, cats, birds and squirrels. Ever since childhood, I loved being with animals. Wherever and whenever I could, I would spend time with animals, because they are the only living beings to provide unadulterated, pure love for eternity. We are duty-bound to protect and care for these selfless creatures. I have also done several videos with my pet Labrador called Ginger and also has composed a song. From time to time, I share my concerns, thoughts and ideas on animal care and have started a tag called #AnimalsArePeopleToo. Very recently, a friend of ours told us about an initiative that provides florescent collars for stray dogs, so that they can be seen in the dark by passive vehicular traffic and not get killed by getting run over. The organisation was looking for funds to cover an area. I was happy to help and urged others to come forward and help too.
In January, you performed for free with Indian army soldiers and their families at the Northeast frontier in Sikkim. Share your experiences about such events

I have been appointed as the “Green Ambassador of Sikkim”. Earlier, I had requested Indian Army for a performance as I was keen to perform for soldiers and their families at the border posts for ages. I have always felt respect and gratitude for the forces and what they do to keep us safe. There was a time when I wanted to join the Army myself. So, this January, when I was in Sikkim for the Red Panda Festival, a friend of ours, Colonel Nitin Shreshtha of 11 Gurkhas, met us. I told him about my desire to perform for the army and he got it done. There were two performances — one in Gangtok for the Gurkha regiment and another at Nathula. I didn’t have my band play with me for these performances. Instead, I sang with the army band and they are so amazingly talented. I also performed for families of the Sashastra Seema Bal personnel. It was so satisfying to be able to bring joy to those who sacrifice so much to keep us hale and hearty.

You were born in a Rajput family in Himachal Pradesh. Tell us more about your roots and how they have influenced your music.

When I look back now, it seems I had quite an idyllic start to my musical journey. My roots were laid down and dug deep into the Himalayan soil. My father was working with the government with regular postings to different towns in the state. As a result, I ended up living my childhood in various places in Himachal. This constant travel perhaps laid the foundation for the strong influence of pahadi folk in my singing, which I effortlessly absorbed. It possibly did not mean much then, and I wasn’t doing any planned learning. But it became a learning process that reflects in my compositions today.

It also gave me that one steady interest that I developed — spending most of my time singing or playing an instrument while most other kids were doing other stuff. Even now, the music that I compose has a strong sense of the outdoors. I meet people who tell me that when they hear my music they are immediately transported to the mountains. You can take me out of the mountains but you can’t take the mountains out of me! The mountains, forests, rivers and wildlife — these brilliant creations of God — have shaped and influenced my music and shall be with me wherever I go and reflect in whatever I do.

Even though you never received formal training in music, your joined Silk Route (pop) and thereafter moved to Bollywood. How would you describe your musical journey?

Yes, I did not train formally but I was practicing music all the time. As Skill India ambassador, I tell people everywhere that I had an interest and passion in music and I practised it so much that I turned it into a skill. And that passion or skill turned into a profession which has made me the person I am today. That’s what I keep telling the youth in my concerts and through digital videos — pick up a passion, turn it into a skill and then the sky is the limit. I am a clear example of that.

I had a band and we did two albums together. Songs like Dooba Dooba released twenty years ago, yet till date, I can’t get off any stage without singing that song. The song has found love from here to the rest of the world. I have to thank my stars that I could compose a song that had a shelf life of two decades. I am a playback singer who composes and has found love and acceptance in both avatars. Our two albums did extremely well. After the band members went their separate ways, I did another two albums. Kalam was a collection of poems by late former President AP J Abdul Kalam that I turned into songs and Fitoor was my solo commercial album. Both albums were received with great love and sold very well.

All through this, I found my way in the film industry. I have been singing non-stop since 2002 when I first sang for Ram Gopal Varma’s Road. In the last 16 years in the industry, I have had the great fortune to sing for Rahman (single songs like Masakali and Khoon Chala) and then an entire album, Rockstar, which really is a once-in-a-lifetime opportunity for a singer. In the last decade and a half in the industry, I have been honoured with the Filmfare, Zee Cine, IIFA, Mirchi and many other awards for my renditions in India and abroad, and it feels fulfilling to have come such a long way.

Further, I have been an ambassador for the British government to promote music among children. As part of the World Voice Project, I was declared the World Voice Champion and took music to children. Our purpose was to create more empathy and love among children for various cultures through music. It was a very fulfilling role. I am now at a juncture where it is fun and exciting to experiment with new genres and try different things at playback. The love I have received in the industry and from audiences the world over is overwhelming and humbling.

What are you working on currently—upcoming records, concerts, etc.?

There are film songs coming up — some that I have recorded already, some that I am recording now. There is also the new album that I mentioned previously — the first of the songs will be released in June. Then there are tours and solo concerts. There’s a collaboration too that I shall talk about possibly after June. The ride is on…and I am enjoying it. 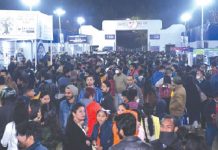 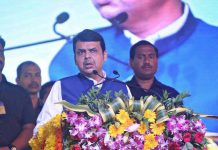