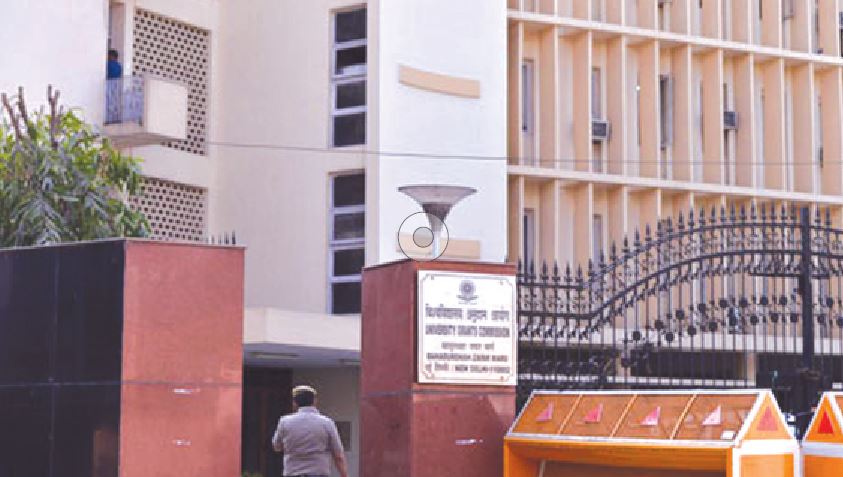 The UGC Act was enacted in 1956, comprising of a Chairman, a Vice Chairman and ten members. The purpose and tenor of the Act was to have deep and pervasive control over universities and the affiliated colleges in the interest of higher education in the country. However, with the mushroom growth of Central, State, Private and Deemed universities, and govt. ,non govt recognised colleges , during the last three decade, the UGC has miserably failed to discharge its statutory duty to streamline the administration of universities and colleges in the matter of recruitment, service conditions and conduct of teachers to their detriment .Apparently, our idea of educational advancement are patterned on the great model celebrated in nursery rhyme, of the Duke of York and his ten thousand men:

◆ He marched them up to the top of the hill,

◆ And he marched them down again;

◆ And when they were only half- way up,

◆ They were neither up nor down.

Sometime ago, Members of Parliament, while discussing the report of the UGC, complained of its inefficiency in the maintenance of standards of higher education. Two alibis were employed in its defence. One was that education, including universities, being a State subject, there were severe statutory limits to what the UGC could do by way of laying down the law for the universities. The other was that the funds at the disposal of the UGC were inadequate.

These explanations left many questions unanswered.Despite the considered recommendation of the Education Commission to the contrary, MC Chagla, during his tenure as Minister of Education ,continued to maintain that we made a serious mistake, when we drafted the Constitution, in making education a State subject. He even advanced the thesis that the present system of education was a legacy of the British ‘ who wanted only clerks to administer the country’. Evidently he ascribed our educator’s lack of ambition to its being controlled by small men ( mainly conceited bureaucrats) in the State capitals.

There is no doubt that the universities are a State subject, but that should not prevent the UGC from pulling them up for lapse from the right norms. For the Constitution, while listing education,, including universities among State subjects, expressly adds that this is subject to the provisions of certain entries in the Union list, which includes the ‘co- ordination and determination of standards in institutions of higher education or research’. In view of this, the power and responsibility of the UGC to sternly Act is inescapable when, for instance, universities condone unfair means and cheating in examinations and thus award spurious degrees, dilute curricular requirements, or conduct sub- standard correspondence courses in the name of distance education on considerations other than academic.

In placing helplessness in the face of the neglect of standards, the UGC would seem to take the cue from certain ineffective universities that plead lack of legal authority when confronted by cases of ill — treatment of teachers by some autocratic unscrupulous managements like DAV Mgt New Delhi and SGPC Punjab running or ruining Affiliated 95% aided colleges in Punjab, Haryana, HP and Delhi. The law is really not so inadequate as those in authority sometimes pretend.

Besides, the power and influence of a university are not expected to be spelt out exhaustively and exclusively in its statutes. By its upright decisions and positive attitudes, it is expected to build up such moral authority as individuals and errant institutions would hesitate to defy. The UGC will not be able to build up such authority until it transfers a large part of its attention from the distribution of grant to strict vigilance and guardianship over the standards of higher education. There are no statutory substitutes for the will to insist on the right standards.

The statutory university rules and State Education Acts clearly stipulate that in case of violation of any university rule, directive or authority, the Executive Council or Senate of the university has the power to withdraw the recognition of college governing body and approval of principal. The Director Higher Education of the State has the power to stop, reduce or suspend the grant in aid to the erring college. In several judgments, the Apex court has held that the control of the govt and the university over non- govt recognised colleges is deep and pervasive. The private aided or unaided colleges are duty bound to follow the university rules in the matter of constitution of statutory college governing body, method of recruitment, service conditions and conduct of teachers. The concerned authorities have to enforce the statutory rules in letter and spirit.

When things go wrong in college or university, it is interesting to study the remedy proposed. If it is a college, faculty wants it to be taken over by the university or State govt. If it is a university that behaves badly, who will take it over We have lately had universities placed under administrators appointed by the State gouts. Such things happen because universities and colleges have not developed habit of introspection and continued scrutiny of the quality of their functioning, with a view to self-correction. Instead, like the hapless poor on the material plane, universities, on their so- called high intellectual plane, seem to be content to live from hand to mouth.

Functionaries in the UGC also lament over the low standards of our university education. The older generation, lamenting the decline in standards, is largely flattering itself, or, alternatively, suffering from a defective memory. In fact, our standards were never high in the last century and a half. But this would not exonerate the Commission which has a direct responsibility for the “determination and maintenance of standards of teaching, examination and research in universities and colleges. “How many universities has it pulled up for not maintaining norms and standards. Almost every State has a fake and c- grade university, and the UGC is a mute spectator. Lately, the UGC announced a list of 24 “self- styled, unrecognised institutions “in the country terming them as “fake” with the maximum of them operating from UP followed by Delhi, Odisha and West Bengal.

Several VC’s do not meet the required qualification and experience criteria as laid down by the Commission. In some universities, the teaching faculty is inexperienced, infra structure is not eco- friendly, laboratories are outdated having no equipments, and libraries are ill- equipped. The UGC has failed to tighten noose around erring universities, in particular, private universities.

There are irregularity in payment of salary to the teaching and non teaching staff. Exorbitant fees is charged from the innocent students on one pretext or other, and Security not refunded or partially refunded.In a small State like Himachal there are 17 private universities, and lately, Himachal Pradesh Private Educational Institutions Regulatory Commission has sought bio- data of all the vice chancellors to verify their eligibility.What a shame.

In respect of higher education the State’s rights are not absolute. If they were, the Centre would not be able to determine and co- ordinate standards as the Constitution requires it to do. There are no contradictions in the constitutional provisions in this regard. The States could run the universities, and the Centre could perform watch- dog function, or those equivalent to accreditation. Thus it is incorrect to refer to States running universities. Universities live by self — regulation. The function of the State is to frame the basic law relating to universities, find adequate funds, and to ensure that the self — regulation is effective. 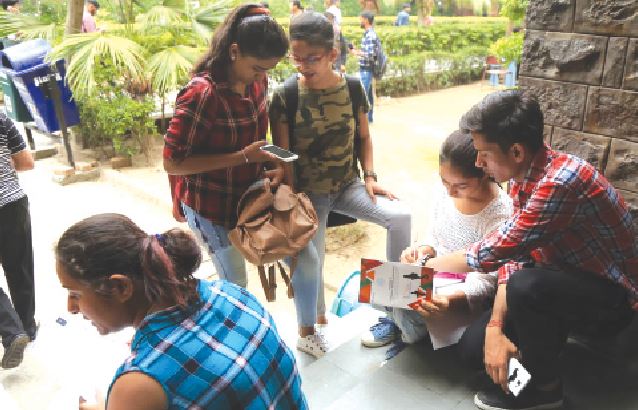 Unfortunately, in expanding university and college education, and in determining its policies and practices, State Governments have been succumbing to populist pressures. Even the Central Government is not immune in this regard. This could be seen in the hasty decision to establish a Central University in Hyderabad and the subsequent dithering over making adequate funds for it.

This predicament in the growth of our higher education was one of the contingencies that the UGC was expected to deal with, unhampered by populist pressures. Surprisingly, the UGC has failed to perform this function. On the contrary, it has stood by and watched, while the States have gone ahead and established sub- standard universities, that too, in the most unplanned and improvident fashion. However, it is a mistake to look upon the UGC as a contraceptive device for controlling the birth of universities. Once standards of higher education are determined by the Commission, it could be open to any agency or authority to
accept those standards and establish institutions of higher education.

The most urgent thing to be done about the Commission is to drop the word ‘ Grants’ from its name. It should concern itself with continuous scrutiny and vigilance of what we are doing , and suggest what ought to be done, and lay down strict criteria in respect of universities and colleges, for grant giving agencies and for governments. The UGC should develop itself into an authority acknowledged to be beyond the reach of cheap populist pressures, like High Courts and the Election Commission.

The sanction for enforcing its decisions and counsel will have to be more drastic than the mere withholding of grants. They should include withholding of recognition and affiliation. Without developing such an authority, the lost ground in our university education cannot be retrieved, let alone any future prospect of advancement.

Recently in a DAV case entitled Raj Kumar Vs Director Education, Delhi reported in 2016(2) Apex Court Judgments 351 (SC), the Apex Court held that an educational institution is established only for the purpose of imparting education to the students. In such an institution, it is necessary for all to maintain discipline and abide by the rules and regulations that have been lawfully framed. The teachers are the foster parents who are required to look after, cultivate and guide the students in their pursuit of education. The teachers and the institutions exist for the students and not vice versa.

Once this principle is kept in mind, it must follow that it becomes imperative for the teaching and other staff of an educational institution to perform their duties properly, and for the benefit of students. When statutory provisions provide a procedure to do an act in a particular manner, it should be done in that very manner or not at all. This is a salutary principle of administrative law. Above all, the Society registered under the Societies Registration Act, does not acquire a corporate status.

The true object of the legislation being to provide for deep and pervasive control over educational institutions. The State in a democratic set- up is vitally interested in securing a healthy vibrant system of imparting education for its coming generation of citizens. If the management is recalcitrant and declines to afford facilities for enforcement of provisions enacted in the interest of teachers and students, a provision authorising the State Government to enter upon the management through its Authorised Controller cannot be regarded as unreasonable. Denial of back wages to an employee, who has suffered due to an illegal act of the employer would amount to indirectly punishing the concerned employee and rewarding the employer by relieving him of the obligation to pay back wages including the emoluments.