THOUGH ONCE described by top rock band U2’s frontman and global celebrity Bono as a “great economist, whose autograph will be in time, worth more than mine”, economist Jeffrey D Sachs sounds astoundingly optimistic when he insists that India can solve its public health issues by 2020. That despite the country’s population swelling to 1.6 billion by then, people would be able to get medical attention and medicines in government health clinics across the country. The only thing that prevents a complete dismissal of this claim as an over-confident assertion of unachievable targets, is Sachs’ 25-year history of engagement with governments over issues of debt and poverty management — a trajectory that has earned him as many friends as detractors.
Currently director of the Columbia University’s Earth Institute, Sachs’ engagement with India’s public health services translated into direct involvement with the National Rural Health Mission (NRHM), billed as India’s biggest rural health programme. In Mumbai, at the launch of his book, Improving Access And Efficiency In Public Health Services, which he co-authored with Nirupam Bajpai and Ravindra H Dholakia, Sachs told TEHELKA that he had been hoping for a scaling up of India’s public health system for more than a decade. “India spends only about 1 percent of its GDP on its public health system, which is very low compared to most countries, which spend at least 3 percent. Though the steps taken at NRHM have been small, they are important. NRHM now has almost 6,000 workers and the facilities have improved in quality. One change always kick starts another,” he says. The book is a discussion of the challenges and successes of the mission in states such as Uttar Pradesh, Madhya Pradesh and Rajasthan.
Sachs outlines plans of establishing model health districts in India. “The main goal of these units will be to establish a new public health management system at the district level which can ensure high-quality services and proper feedback when corrections need to be made. We aim to show that with the correct management structures and increased outlays, India can make very large and rapid improvements in health outcomes, especially in reduced maternal and child mortality,” says Sachs.
“There has been a very bright beginning,” he says as he sits in the coffee shop of a Mumbai five-star hotel overlooking the Arabian Sea. Ask Sachs why India’s public health sector is in a mess and his analysis is plain: “In India, traditionally, the poor have never had a voice. And if we take the case of poor women, then the voice is even more muted. It is the men who do the talking and health is primarily a woman’s concern. So, when a poor man in India is voicing his concerns and needs, he thinks of things like subsidies, fertilisers and electricity,” he says, as he gestures with the salt and pepper shakers on the table. He pauses, then says, “But that’s changing. The dynamics of India are changing. Women are speaking up and hence, even politicians are taking note. Now, elections could be won on the health services that a politician promises. Prime Minister Manmohan Singh is personally very dedicated to this project and, hence, it will surely do very well.”
Sachs proceeds to outline what he says are the three major challenges facing India: “The basic health system needs to overhaul. There are too many infant deaths and mothers dying at childbirth. Secondly, chronic malnutrition is a big rural India problem. That stems from larger issues such as the low agricultural outputs and even the dynamics in a household. The third main issue India needs to tackle is lifestyle diseases, which have snowballed in the last five years. Obesity, cardiovascular diseases and even smoking rates have shot through the roof,” he says, adding with a concerned note, “In fact, it would be true to say that India is now battling both the old, basic diseases of poverty and the new ills of wealth.”

‘Sachs is my professor and a great economist whose autograph will be in time worth more than mine,’ says Bono, U2 rock group celebrity

The model health districts that Sachs discusses are an echo of the much controversial Millennium Village project that he was instrumental in establishing across Africa. Through projects set up in 80 villages across the country, Sachs attempted to show that by simultaneously running several relatively straightforward but tightly focussed, technologybased programmes on a number of fronts — health care, education, job training — people could be rapidly lifted out of poverty. However, this approach has several critics, who feel that the adopted villages should not be made into passive recipients of handouts from donors and lectures from experts. Rather, they need to be actively involved in the decision-making, and hence get empowered, which, they allege, Sachs is not ensuring. “There is nothing passive about the villages. These are community- led programmes. These critics, once again, sit in their offices 10,000 miles away spouting ignorance,” he says, anger evident.
Sachs shot to fame in 1985 when he imposed his controversial “shock therapy” model in Bolivia. At the time Bolivia, the poorest country in South America, was suffering runaway inflation at an astonishing 24,000 percent per year. The only way to beat inflation, he argued, was a clean break with the past: a regimen of fiscal and monetary discipline combined with an end to economic regulation. His charm worked and he persuaded the government to go along. Within weeks, hyperinflation was controlled. Since then, he has also assisted the government of Poland and started the Millennium Village project in Africa. 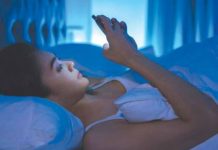 The worst thing in the world is to sleep or... 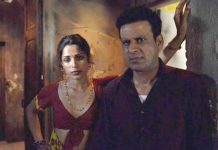