ONE OF the most talked-about incidents at the Jaipur Literature Festival this year was the dismissal by British MP Kwasi Kwarteng of Anjan Sundaram’s decision to leave behind a cushy life in academia at 22 and travel to Congo to report on the civil war as just another case of a rich kid displaying only a voyeuristic interest in Africa. While the consensus among the chattering classes was that Kwarteng had been needlessly belligerent, it is possible to see his point of view: Sundaram had said that he went to Congo because, as he writes in Stringer, “I had lived in man’s genius for so long. I wanted to know our destructive capacities.”
While this was probably not the best thing to say in a public forum about Africa — or anywhere, for that matter — what struck one at the time was Sundaram’s honesty and self awareness in accepting that a naïve sense of adventure, rather than idealism, took him to Congo. This honesty is Stringer’s triumph; while the rest of the world falls over itself to dub him the next Naipaul or Kapuściński, the most compelling narrative in Sundaram’s book is that of his personal journey.
Immediately after his rather pompous assertion of the reasons for going to Congo comes the sobering admission that those thoughts became secondary, as soon as he arrived, to more practical questions. “I had come to Congo alone,” he writes. “I needed money, a job. There was an urgency about this.”

Stringer begins with a chase through the streets of Kinshasa, as Sundaram pursues a youth who has stolen his mobile phone. Not because the phone costs money, but because it contains all his contacts, his “personal map” of the city. Later, he is robbed at gunpoint in a taxi by his fellow passengers and driver. A large portion of the book is devoted to his travails, not least because he chose to live in a poor neighbourhood, sharing a house with a family that can afford only one meal a day. He did this not because he wanted to slum it, but because it was all he could afford without a steady income. A veteran journalist calls it gonzo, but Sundaram asides that he’d “much prefer a nice bed and air-conditioning”. Sundaram’s reaction to his economic troubles often borders on the churlish, especially in the face of the crippling poverty around him (though the fact that he presents it as such is another example of the candour with which he writes). But his experiences in the cité, one of Kinshasa’s many networks of tenements, set him apart from other journalists who write about poverty, hunger and disease from the comforts of hotel rooms in more peaceful parts of the continent.
While there is no faulting his account of Congo’s history under Lumumba and Mobutu, his accounts of the lives of the city’s poor — the reason for the Naipaul comparisons — benefit greatly from his unique perspective. The portrait of Jose, his host, is, for instance, revealing of the effects of Belgian colonialism: he is an évolué, a colonial designation for families who rejected their primitive structures and accepted civilisation, while his wife is not, a source of fundamental differences in worldviews that often results in friction.
AS A work of journalism about Congo, and more generally Africa, Stringer could possibly be better written. Sundaram’s description of his travels outside Kinshasa lack the vividness and insight of his stories of the capital, and his analysis of the overall situation is not the most groundbreaking (mostly broad statements about the resource curse, corruption and the culture of violence). But as an account of his struggles to establish himself as a journalist, his frustrations at his stories not seeming to matter in the grand scheme of things or at senior journalists swooping in and muscling him out when the spotlight falls on the country during the historic elections, his fear on being besieged by the post-election violence, the book is a significant piece of literature, and a sign of great things to come.
ajachi@tehelka.com 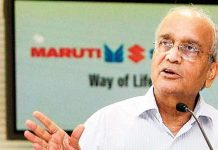