At the stroke of midnight on 15 August 1947, Jawaharlal Nehru gave his ‘Tryst with Destiny’ speech. His third line was: “A moment comes, which comes but rarely in history, when we step out from the old to the new, when an age ends, and when the soul of a nation, long suppressed, finds utterance.”
It is ironical and possibly, no coincidence. Since 2013, and specifically after he became the prime minister in May 2014, Narendra Modi has claimed that it was that same ‘moment’ for India today, when old politics has to give way to a new one, when the decades-old Nehru-Gandhi-Congress mindset will disappear, and when a new age of efficient and transparent governance will arrive.
One of Modi’s moves to achieve these objectives was the rechristening of the Planning Commission as NITI Aayog. The change in name, and the reorganisation, heralded the end of Nehruvian economics. On paper, it implied the triumph of politics over the planning process. Says Abheek Barua, a consultant at ICRIER, a think-tank: “It signifies the end of planning as we have known it for over six decades.”
It is true in theory. Over the past decade or so, the Planning Commission, under Montek Singh Ahluwalia, its former deputy chairman, had become almost dictatorial. It disbursed funds from the Central Plan pool to the states as per its whims and fancies. A policy planner, who attended several meetings between Ahluwalia and the states’ heads, explains: “In one of them, he shouted at a chief minister, who asked for more funds. He said, ‘You could not spend last year’s allocations. And you want more’?”
The commission’s A-team decided how much funds would go to which states and for which sectors. It determined which of the chief ministers’ pet projects got a lease of life. The chief ministers, and their finance ministers, were at the beck and call of officials in New Delhi’s Yojana Bhavan.
Obviously, the overall direction came from the then prime minister, Manmohan Singh, who was close to the deputy chairman, and his pro-reforms loyalists. But the details were decided by the commission. Claims an observer: “The process was centralised. The chief ministers had regular run-ins with Ahluwalia, most of which were in vain. Even Modi faced the music when he was Gujarat chief minister (see page 26).”
After Modi became the prime minister, it was clear that it would mean the end of the road for Ahluwalia and the commission. NITI Aayog was the former’s ‘inclusive’ answer to a power-shift from the institution to chief ministers. In its new avatar, the states’ rulers would put their heads together to decide how much money they can grab for their states, and the mega dream projects. The vice-chairman (earlier deputy chairman), Arvind Panagariya, will be a figurehead as far as distribution of funds is concerned.


In essence, experts dub it a political move, which has to be viewed through the lens of political economy. To aspiring chief ministers, especially from the BJP, it is a huge carrot. If they can guide the party to massive victories in the forthcoming Assembly elections in states such as Delhi, Bihar, West Bengal and Uttar Pradesh over the next three years, they are likely to be in NITI Aayog’s good books. Huge wins in these states is crucial for Modi, if he has to transform his dream into reality.
As we have witnessed over the past few months, NDA-2 was forced to take the ordinance route to push through several reforms like changes in the land acquisition Act, and privatisation of the coal and mining and deep-rooted changes in the insurance sectors. This was primarily because the BJP and its allies don’t have the required numbers in the Rajya Sabha. Only a continuation of the Modi momentum in the Assembly elections can help the party to elect more members to the Upper House and change its composition.
For the existing chief ministers, NITI Aayog may become the stick to beat them with if they misbehave. The same way it happened during the Planning Commission days. Although the states’ heads can now directly participate in the planning process, instead of previously being given doles, the show’s director is Modi. The reason: with the wings of the vice-chairman and other full-time members clipped, the chairman (i.e., the prime minister) will become the ringmaster of this planned money circus. All roads, for the state politicians, will lead to 7, Race Course Road.
It is an ironical twist to the tale. Over the next few years, the planning process may become more centralised and dictatorial than it was before. Modi’s projects — bullet trains, smart cities and PPPPs (Public-Private-People Partnerships) — may attract attention and investments. 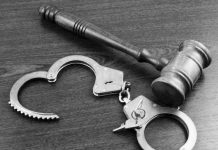