ON 1 September 2007, a state funeral was held in the village of Gahlour in Bihar. As Chief Minister Nitish Kumar, Bihar assembly speaker Uday Narayan Choudhary, other legislators and vips looked on, Dashrath Manjhi’s body was draped in the tricolour and given a Brahminical cremation.
Strictly speaking, only current and former ministers are entitled to a state funeral. (Exceptions have been made in the past for celebrities like Bal Thackeray, Mother Teresa and Sathya Sai Baba.) Manjhi was merely a landless farmer. He was also from the Musahar community, among the lowest of Bihar’s Scheduled Castes, whose traditional profession is to dig through holes after the harvest and scrounge for grain stored by bandicoot rats (and often eat the rats if they couldn’t get enough grain). For such a man to get such an honour in a country where class and caste are such an obstacle was truly extraordinary.
Then again, there’s little about Manjhi’s life that is ordinary. For 22 years, he spent every day single-handedly cutting a path through a mountain, a one-man public works department who managed to connect his village with the neighbouring town. Initially dismissed by fellow villagers as a madman, his relentless efforts made him a folk hero. A number of documentaries have been made about him; he has been featured on Aamir Khan’s Satyameva Jayate. Now director Ketan Mehta is planning a biopic, The Mountain Man, starring Nawazuddin Siddiqui, to be released later this year. “In these cynical times,” says Mehta, “this is an amazing story of the poorest of the poor achieving the impossible.”
Gahlour is a hamlet of about 30 houses cut off from civilisation by the craggy mountains that form the Chota Nagpur Plateau; the closest town, Wazirganj, was some 70 km away. That is until Manjhi began chipping away at the mountain. In 1959, the story goes, he was waiting on a hot summer day for his wife Faguni Devi to return with a pot of water.
She returned without any water, having fallen on the treacherous rocky path and injured herself. Tired of this great obstacle that separated Gahlour’s labourers from their farms, the children from their schools and the sick from the closest hospital — Faguni herself would die a few days later of an illness because he couldn’t get her to hospital in time — Manjhi decided to take it upon himself to remove that obstacle. He traded his goat for a hammer and chisel, and spent the next 22 years trying to forge a road through the mountain. “I knew if I did not do it myself,” he told TEHELKA shortly before his death, “neither would the government do it nor would the villagers have the will and determination.” By 1982, he was done; a 360-foot long, 30-foot high and 25-foot wide passage cut through the valley he had created, reducing the distance to 7 km.
Siddiqui, who believes that Manjhi’s story could “fascinate any actor in the world”, calls the role his most challenging yet. “Mentally, it’s hard to capture how someone can keep alive that jazba for 22 years. Physically, it’s hard to even lift the hammer that he used, let alone swing it.” It is an inspirational tale, he says, of someone taking the initiative and working to improve his community’s life. Indeed, the State did little for Manjhi. In 1968, he famously walked along the railway line to Delhi to meet then agriculture minister Babu Jagjivan Ram and ask the government to build the road. His pleas were not heard. He would later petition chief ministers Lalu Prasad Yadav and Nitish Kumar to have the road metalled. Though Kumar promised to do so, the road remains a dirt track.
A dirt track, yes, but Mehta and Siddiqui and so many others fascinated by Manjhi’s story think of it as no less than a poor man’s Taj Mahal. It is, after all, a labour of love, a testament to one man’s devotion to his deceased wife. “Shah Jahan took 22 years to build the Taj,” says Mehta. “Manjhi took the same time, without any help. It is a triumph of the human will.”
ajachi@tehelka.com 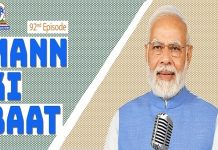