Theatrical antics in the political arena of Karnataka have continued to rule the roost even over the formation of the next government in the state in the wake of fractured mandate in which the Congress has been roundly defeated and the BJP has been denied the laurels of victory. The Congress has struck a post-poll alliance with the Janata Dal (Secular) by agreeing to offer “unconditional” support to the JD (S) to form a government. The BJP, having won 104 seats, 8 short of the magic number of 112, has elected B. S. Yeddyurappa as leader of its legislative wing and staked its claim to be invited to form the government on the basis of being the single largest party.

Concurrently, the Congress with 78 seats and JD (S) with 37 seats have also staked their claim to form government because their combined strength being 115 surpasses the required number of 112. However, the governor has invited the BJP leader Yeddyurappa who has been sworn in as the chief minister and has been asked to prove his majority on the floor of the House within the constitutionally stipulated period. There is every likelihood of horse-trading taking place and there are also reports of huge sums being offered to MLAs of the Congress/JD (S) to lure them to the BJP fold to reach the magical number. What happened in Goa, Manipur and Meghalaya in 2017 has now been replicated in Karnataka as well.

With no party in a position to take anything for granted in Karnataka polls, the top brass of the BJP and Congress left nothing to chance and hit the road extensively. According to media reports, Congress president Rahul Gandhi travelled 3,500 kilometres, covering all 30 districts of Karnataka, and had visited several mutts, temples and darghas. The BJP president, Amit Shah, was also said to hit the same number by addressing rallies and. holding roadshows in the state.

With several opinion polls predicting a fractured mandate in Karnataka, the BJP was hopeful of a turn in fortunes with PM Modi hitting the last phase of the campaign and accordingly, PM Modi held 21 public rallies in different parts of the state instead of 15 scheduled earlier. This showed the BJP’s continued reliance on PM Modi’s charisma, taking a cue from 2017 Gujarat assembly polls, to turn electoral fortunes in its favourand the BJP did reap good dividends by increasing its tally of seats to 104 as compared to 40 seats in 2013.

The tone and tenor of electoral campaigning by both the BJP and the Congress in public speeches and through social media during the Karnataka elections was often characterized by exchange of barbs, jibes, faux pas and solecism thereby making it look like Kurukshetra battlefield where epic battle of Mahabharata was fought. Recently, Congress president Rahul Gandhi put out a video titled “Karnataka’s Most Wanted” on his Twitter account with photographs of Modi and other BJP leaders with the party’s election candidates, including former ministers who have cases of corruption registered against them. The tweet read: “Dear Modi ji, You talk a lot. Problem is, your actions don’t match your words. Here’s a primer on your candidate selection in Karnataka.” While accusing PM Modi of “putting a lid on 35,000 crore illegal iron-ore mining scam of the Reddy Brothers,” the tweet also asked, “When will you speak on your top 11 leaders facing corruption cases?”, who are BJP candidates in the upcoming polls.

The Karnataka unit of the BJP lost no time in responding by listing out 15 major sins of the Siddaramaiah government, in a series of tweets, accusing the ruling Congress of shielding the corrupt and rich politicians, businessmen, gross violation of rules in awarding major contracts and tenders and sought answers from the party on the allegations made by it.

While responding to personal attacks by PM Modi the other day, Congress chief Rahul Gandhi, in a scathing response said: “Whenever Modi is afraid… he launches a personal attack. He will talk ill of a person… That is the difference between me and him…Let him say anything about me. Wrong or right, it will make no difference… He cannot talk about education, about roads, about farmers… but since he needs to give a speech, he talks about Rahul Gandhi.”

While leveling further taunts against Rahul Gandhi, PM Modi said: “His [Rahul’s] speaking for 15 minutes is itself is a big thing… You can speak in Hindi, English or your mata ki matra-bhasha (mother’s mother tongue) … Congress president, sir, we cannot sit before you. You are ‘naamdar’ (famous), while I am ‘kaamdar’ (ordinary worker). We have no status to sit in front of you.” In his rejoinder to Modi’s taunts, Rahul Gandhi while quoting in Kannada
from social reformer Basaveshwara’s Vachanas, said: “Basaveshwara said Nudidante Nade [do as you say]. But Mr. Modi never does what he says.” It is in this backdrop that some experts feel that Rahul Gandhi has matched PM Modi rally for rally so far in the last, critical phase of campaigning in Karnataka.

Dalit Card
Both BJP and Congress were seemingly desperate to woo Dalit voters. In this regard, the Congress, which had been in power inthe state had something to count on whereas the BJP could only showcase its record at the Centre, which lamentably is dismal. This had put the BJP in a right royal fix over Dalits. The portends seemed deeply worrying for the party, especially in Karnataka. One expert has opined that BJP’s caste-agnostic approach under Modi-Shah duo seeks to consolidate Hindu votes under the saffron banner but the political manoeuvre has struggled to surmount the insurmountable social fault lines. Besides, BJP’s Dalit outreach program is in disarray and the party is facing stinging criticism even from leaders within the party. Under BJP’s new diktat, as one critic opines, party’s ministers and MPs are rushing to spend nights with Dalits, share their food and grievances but instead of “restoring faith”, a series of sorry gaffes has reduced the effort to a farce, prompting even the RSS to sound a warning.

Even BJP MP Udit Raj is reported to have said the other day that merely having food at homes of Dalits is not enough, as the need of the hour is to address their aspirations and grievances.

While pointing out a growing strong undercurrent amongst Dalits and Muslims against the BJP and the possibility of these two communities coming together, who make up close to 35 percent of the population, one expert has asserted that Karnataka election would be as good as over. In the wake of PM Modi having raked up the Dalit CM issue, Karnataka Congress haddared Modi to announce the BJP’s Dalit CM candidate before speaking about the Congress. 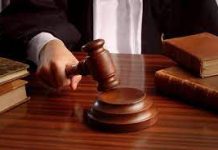