Want to be a little ahead of the curve in the art world? Five hot curators pick the young artists to keep your eye on
What does sarah Jessica Parker, star of the never-ending Sex and the City franchise have to do with art? As of this month, a lot. Parker has successfully put together Work of Art — a reality show designed on the lines of Project Runway and Top Chef in which a dozen young artists will compete before a panel of judges. It is the fullest flowering of our desire to have no one famous sneak up on us. Celebrity must be achieved between commercials under our watchful eyes. one can wait and see if the show creates new fans for what is still perceived as an opaque subculture. If it does, then it will bring artists back to the popular gaze in a way that they have not been for a very long time. Perhaps not since the 1860s when all of Paris — from workman to aristocrat — paid a franc each to attend the government-organised annual salon. The fiercely competitive salon could make or break an artist’s reputation and ended in parties, suicides and duels. a reality show can only dream of such riches. In the real world, us moderately interested members of the public try to piece together what is happening in the Indian art world. our curators have their own hopeful vision of the change round the corner, the blazing talent walking down the street. It could be this girl animating double helixes in a corner or the boy weaving his mother’s hair. Perhaps even that old-fashioned thing — a painter. We asked five curators to pick their favourites and tell us why. (Inputs from Aastha Atray Banan, Rishi Majumder and Nisha Susan)
[box]
ALKA PANDE PICKS

TARUN IS the only sensitive and creative artist working with interaction design,” says Delhi-based curator Alka Pande.
Rawat’s work is influenced by fairytales and writers such as Edgar Allan Poe and Roald Dahl. His recent show was bafflingly named Never Mind the Bullfish, here’s a spot of T— an involved reference to the Sex Pistols and himself —but his work has simple and accessible themes like the girl child, freedom or self expression. His technological homage lies in the use of hidden sensors and moving kinetics embedded in his art which make the work move as a viewer approaches it. “He combines modern electronics and technologies with hand work and traditional colours to create a very fresh and new kind of mixed media. He has evolved a new pictorial language that consists of fables and stories. His imagery is extremely allegorical,” says Pande who admires his strong graphic language. Two of Rawat’s works have recently been acquired for their permanent collection by the Essl Museum at Vienna, a very prominent museum for contemporary art. Pande demurs from talking about how Rawat is doing in the market. “I can’t put a value on his art. Creativity and prices don’t always go hand in hand, especially the big art market bubble which was there two years ago no longer exists.”
OTHER PICK “I also like Akshay Rathore’s work,” says Pande. Rathore trained in Baroda and works with vector illustration, animation, glass sculpture, and lenticular printing. His recent show When She is Away explored the themes of violence. “He works with contemporary media. The future of art lies in exploring such new media,” insists Pande.
[/box]
LATHIKA GUPTA PICKS

Rohini Devasher Devasher, 31, explores the space between science and art. Works with multiple media including digital prints, drawing and video
I THINK Rohini Devashar has got incredibly solid training and is technically very sound, and that will really take her ahead,’ says Delhi-based curator Lathika Gupta. ‘I think Rohini Devasher has got incredibly solid training and is technically very sound, and that will really take her ahead. One of her solo shows ranged from showcasing a huge site-specific drawing and prints to a video piece, for which the data was collected via video feedback which occurs when a camera is plugged into a TV and a loop is created between the two. The result is an astonishing array of patterns that emerge spontaneously within the feedback loop, mimicking biological life — tree, plant and cell structures. In Bloodlines, a video and print installation, she creates an family tree of artificial life forms.” Trained in painting and print-making, Devasher’s work explores the ambiguous spaces between science and art or as Gupta says more succintly, ‘She is a science freak’. She is interviewing astronomers asking what draws them to the night sky and exploring the sub-culture of eclipse-chasers. Gupta adds, “Rohini is also doing well commercially — she has buyers that include everyone from the young Delhi art aficionado to American museums.” Devasher’s prints are priced at Rs 2.5 to Rs 3 lakhs.
OTHER PICK Gupta also likes the young artist Shine Shivan. She says, “Shivan is a taxidermist, who makes costumes out of carcasses — he made one out of the ribcage of a horse and uses stuff like his mother’s hair and cowdung in his installations. It’s crazy but he has so much passion.
[box]

NANCY ADAJANIA PICKS
CAMP
Shaina Anand (35) Ashok Sukumaran (36) and Sanjay Bhangar (27).
Together they hate the word ‘collective’ and work with everything

THE ART BOOM and the slump that followed have occluded from our vision the real criteria which make for greatness in Indian art,” says Mumbai-based critic and curator Nancy Adajania. “The media circus has lionised individual artists and forgotten the value of intellectual and cultural capital that art provides its audiences. The next big wave of Indian artists will be collectives like CAMP. CAMP which consists of Shaina Anand, Ashok Sukumaran and Sanjay Bhangar actively attempts to shape the public sphere through dialogue and debate rather than be content with creating commodities for the gallery system. Their work revolves around the politics of resource sharing — like water and electricity.” CAMP loves creating relationships with neighbourhoods. In 2007, for a whole month they hung an electric switch on a tree in Khar, Mumbai. The sign said, ‘This switch allows you to turn on the lights of Flat 23 of the building across.’ Everytime a curious passerby pressed the switch, Anand or Sukumaran would wave from their balcony. “From 2008, they have been working in Jogeshwari to discuss questions related to the right to water, water tanker politics and the dilemma of access to civic infrastructure,” says Adajania. In 2009, CAMP won the Grand Jury award at the Sharjah Biennale, a project which looked at dhows leaving Sharjah for Somalia, offering a way to rethink global capital.
OTHER PICKS Desire Machine Collective (Sonal Jain and Mrigank Madhukaillya), a group based in Guwahati.
[/box]

PRATEEK RAJA PICKS
Otolith group
Anjalika Sagar, 40, and Kodwo Eshun, 43, work with video. Their work is dominated by themes of Third World movements
WE THINK THE Otolith Group, who will be showing at our gallery in December, is totally hot,” says Prateek and Priyanka Raja of the Experimenter gallery in Kolkata. In May, the video artist duo Anjalika Sagar and Kodwo Eshun were nominated for the £40,000 Turner Prize, one of the art world’s most glamorous prizes. The Turner prize judges praised their ability ‘to work collaboratively across a range of disciplines, in particular the moving image, to investigate overlooked histories through archival and documentary materials.’ Prateek says, “Their work is different, as their cross referencing is amazing. They use archival footage that’s never been used. For example, they once used a recently declassified video to explored the diplomatic relationship between India and Russia.” The Otolith Group’s work has been admired by critics for its approach that can be ‘playful as well as unflinchingly erudite’.

OTHER PICK: “We think Sanchayan Ghosh is a talent worth watching out for.” says Prateek Raja. Ghosh is a site-specific installation artist who uses light and sound to make the audience a part of his work. In one of his works, Sisyphus Effect, the intensity of the light changes based on the movement of the people in the room. While the Kolkata-based Ghosh makes critics in some quarters peevish because of the involved references in his works, others admire his ability to stick his neck out. At least one critic expressed her delight at the body-builder who was part of his Sisyphus Effect installation.
[box]
RANJIT HOSKOTE PICKS
Nikhil Chopra
Chopra, 35, is a performance artist whose work includes tableaux of early British imperial photography

A CRUCIAL MIX of factors will determine who the ‘next big artist’ on the Indian art scene will be,” says cultural theorist and independent curator Ranjit Hoskote. First: the sustained backing of galleries and foundations for the production of art with no immediate commercial returns. Second: the belief of bold collectors both at home and abroad in such work, without expectations of instant returns. Third: the catalytic role of curators in presenting and contextualising such artistic departures internationally. And fourth: acceptance for such artistic positions in the global art arena. Using these criteria, he picked performance artist Nikhil Chopra as someone who has the potential to achieve that major leap in the next few years. “Chopra revisits his ancestral past through elaborate performances, testing the limits of his endurance in situations that are simultaneously private and social,” says Hoskote. In 2009, at an exhibition curated by Marina Abramov, the grand dame of performance art, Chopra played an array of personas from a Victorian dandy called Yog Raj Chitrakar, a Maharaja and a loin-cloth clad ‘native’. More recently he left Mumbai artists bemused with Drum Solo, the performance of a celibrity rockstar.
OTHER PICKS Gigi Scaria, Manjunath Kamath and Rohini Devasher.
[/box] 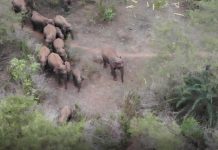