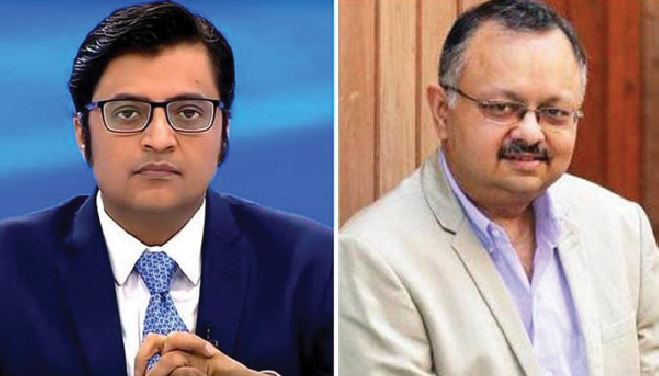 Before we share some of the chats for readers to decide, let us share some information about the latest developments in this case. Maharashtra Home Minister Anil Deshmukh has said the state government was seeking legal opinion on whether any action could be taken against Republic TV Editor-in-Chief Arnab Goswami under the Official Secrets Act over his purported WhatsApp chats with former Broadcast Audience Research Council (BARC) head Partho Dasgupta regarding the 2019 Balakot airstrike. Deshmukh, at a press conference in Mumbai sought to know from the Centre how Goswami got access to the sensitive information.

“The WhatsApp chat shockingly revealed that Arnab had information about the Balakot airstrike three days in advance of the actual incident. We want to ask the central government how Goswami got such sensitive information about the attack, which is otherwise known only to the prime minister, defence minister, Army chief and few select people,” Deshmukh said. “The Maharashtra government is taking legal opinion on whether the state home department can take action in this connection under the Official Secrets Act, 1923,” he added.

The purported chats between Goswami and Dasgupta mentioned that the Republic TV editor was privy to the Balakot air strikes, when the Indian Air Force (IAF) hit the biggest JeM training camp in Balakot, deep inside Pakistan, on February 26, 2019. The airstrike was carried out after 40 CRPF personnel were killed in Kashmir’s Pulwama district days earlier, on February 14, by the Pakistan-based Jaish-e-Mohammed group.

Indeed, some of the ministers have been put in a spot after the chats were leaked. However, the Centre has avoided reacting to the chats submitted to the court by the Mumbai Police in the TRP case though the Congress has demanded a JPC probe. Congress president Sonia Gandhi has criticised what she called the “deafening” silence of the Government, adding that “those who give certificates of patriotism and nationalism to others now stand totally exposed.”

In one of his chats with Partho Dasgupta, the former BARC chief, Arnab Goswami revealed that his sources believed the BJP would fall short of a majority in the 2019 general election. But the NDA, he claimed, would win around 300 seats. This chat was followed by the Pulwama terror attack and India’s retaliatory strike inside Pakistan. The chats reveal that three days before the Balakot strike, Goswami knew a strike was imminent and that people would be elated. He also said that it was good for the ‘big man’ in ‘this season’.

Arnab Goswami: On another note, something big will happen

AG: No, sir. Pakistan. Something major will be done this time.

AG: It is good for big man in this season.

PDG: He will sweep polls then…strike? Or bigger?

AG: Bigger than a normal strike. And also, at the same time, something major on Kashmir. On Pakistan the Government is confident of striking in a way that people will be elated. Exact words used.

PDG: Was yesterday’s air-strike the ‘big one’ you spoke about? Or something more coming?

PDG: You should embed some reporters—would be a coup like CNN in Iraq.

AG: Where our plane was down, they haven’t left Srinagar and we are live from Budgam.

AG: Government of India to make Jammu a separate state, Kashmir and Ladakh as Union Territories…means can’t have any political party, and will be controlled by Delhi based Governor for ever. Order in next one week. Curfew will be imposed two days ahead of order. It will automatically abrogate Article 370 and 35 A.

AG: Sir, I have set Platinum standards in breaking and this story is ours. Meeting NSA and PMO Monday

(The announcement was made in Parliament on August 5)

AG: Operation Kashmir. Live updates from Ground Zero with 10 reporters across J & K…Republic Bharat is getting live updates on situation in the Valley from 6.12 am

PDG: Not understanding—just increasing number of policemen in front of Omar and Mehbooba’s houses—does it mean house arrest? Has any official called it house arrest?

AG: Because my first burst of reporters landing in Srinagar were from Bharat…today I was called by NSA and asked how I got the news…Doval met me before taking off for Kashmir.

AG: President: Sourav Ganguly; Secretary: Jay Shah; Treasurer: Arun Dhumal. This really puts Rajat in his place. Has zero clout and now faces inquiry on corruption in DDCA. No need to be worried about him and his sub-standard channel.

PDG: But still on IBF Board…some seniors still think he is powerful.

AG: They will know after this. He had announced he is taking over BCCI. Now he looks like an utter fool…the solution is first to stop letting him get away by fudging with BARC system. He is a cheat and now a cheat who even an MP doesn’t give a damn to. Single channel owner with fading image.

PDG: Why is Uday keeping him in IBF Board?

AG: Because he told him he will be BCCI chief.

Interstingly in one of the chats on October 7, 2017, Arnab has alleged that Kangana Ranaut has ‘erotomania’ and is sexually possessed with Hrithik Roshan. These chats are from 2017 and are in reference to the times when the two actors were in a feud over their alleged affair, which ended on a bad note. The chats seem from the time when Arnab Goswami interviewed Hrithik Roshan, where he openly spoke about Kangana’s allegation. The man on the other side (named as PDeeGee in the snapshots) says, “I think Hrithik is dumb and Kangana is schizophrenic.” To which Arnab Goswami replies, “…she has erotomania.”

Kangana Ranaut has finally addressed Arnab Goswami’s leaked WhatsApp chats issue. The chats claimed, that she was a “schizophrenic” and has “erotomania”. In the chat, Arnab alleged that she is “sexually possessed with” actor Hrithik Roshan.

Kangana reacted to a Twitter user who accused the actor of creating disharmony by talking about the Amazon Prime Video series Tandav. Taking to Twitter, Kangana wrote in Hindi, “Rohini ji, high-level people do not talk about petty things, but petty people only like to talk about petty things. Have it your way, let us gossip a little. Arnab ji just said what Hrithik told him. I first met him in 2019, and he was ashamed of his 2017 interview with Hrithik. Understand?”

In another tweet, Kangana wrote, “Do you want more gossip? Why did Hrithik say this, why did the relationship sour, how did Arnab become my friend after being Hrithik’s friend, etc etc? These libru gossip mongers have destroyed the atmosphere of the country. Stop sneakily eating murabba and reading everyone’s chats and emails.” 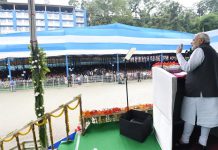