While the jury is still out on whether BJP leader Kalyan Singh had connived in pulling down the disputed Babri Mosque as the sitting chief minister of UP govt, the mercurial leader will be remembered for steadfastly opposing any move to use force against the Kar Sevaks, writes  MUDIT MATHUR 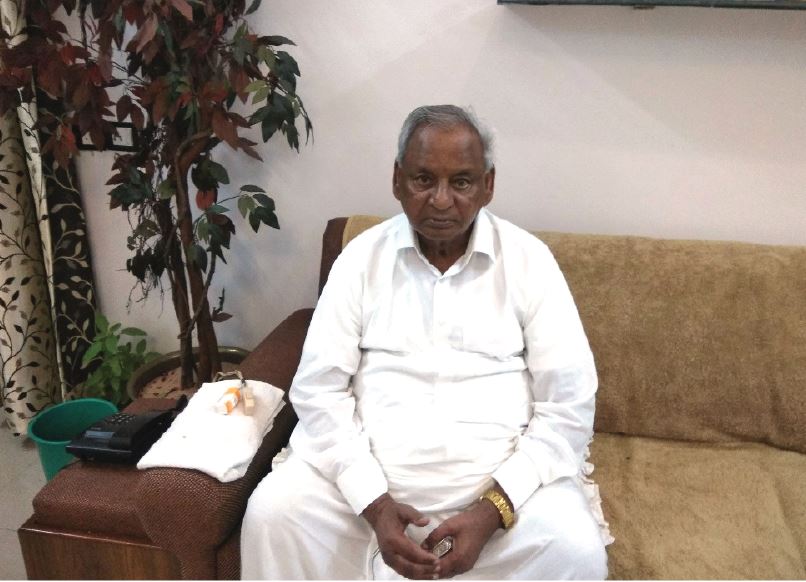 Whether the BJP leader Kalyan Singh had connived to pull down disputed Babri Mosque as sitting chief minister of Uttar Pradesh government or he was totally kept unaware by the top leadership of his party about the secret demolition plot? But when he got the news that angry “Kar Sevaks” had begun act of aggressive demolition in flagrant violation of his personal undertaking before the apex court, he admittedly did not allow any force to be used to prevent them and accepted his moral responsibility for breakdown of constitutional machinery. Despite repeated requests from District administration, Kalyan Singh was firm and did not permit them to use force to control the unruly situation.

Though Supreme Court convicted him to jail for a single day and fined ₹20,000 for its contempt as he failed to keep his undertaking given to apex court for the safety and security of the structure of Ayodhya mosque, but only time will tell what role he had actually played on 6th December, 1992 in the demolition of the 16th century Ayodhya mosque by paying heavy cost of sacrificing his just 18-month-old government elected with full majority. His words after tendering his resignation to UP Governor from the post of chief minister that evening, still echoe in the echelons of power, ––“My government came and gone in the name of the Lord Ram.” But his government was dismissed and the President’s rule was imposed.

The aftermath of demolition was hysterical and communal riots broke out in many parts of the country. In Mumbai, 660 people were killed in riots, in Surat around hundred people perished and about 140 died in Bhopal. Trouble broke out in parts of Pakistan and Bangladesh as well. The BJP governments in Madhya Pradesh, Rajasthan and Himachal Pradesh were dismissed and the President rule was imposed.

This also marked the beginning of loosening of age-old Congress reins on the power and aggressive rise of saffron tide bringing BJP into national stream of national polity. But Kalyan Singh’s contribution behind the outreach and resurgence of backward classes into prominent leadership protagonists–– breaking the traditional Brahminical order of Rashtriya Swayam Sevak Sangh (RSS) and its political ensemble, Bharatiya Janata Party (BJP) cannot be easily forgotten. It was Kalyan Singh who worked hard to consolidate the non-Yadav and non-Jatav –– OBCs and Dalits –– to BJP fold merging impact of Mandal into Kamandal (reference to Mandir movement) as these classes despite being Hindu were badly discriminated and mostly exploited by upper caste Hindus in India.

It is worth mentioning that the Mandal card was played providing reservation in jobs to OBC communities by the then Prime Minister Vishwanath Pratap Singh with an idea alienating them from the BJP. The Union government decided to implement some of the recommendations of the Mandal commission, and announced that 27 percent of government jobs would be reserved for OBC communities. This announcement threatened the upcoming electoral constituency of the BJP intended to unite the Hindu vote by mobilising anti-Muslim sentiment on Ayodhya temple dispute.

The Ram Rath Yatra was a political and religious rally that was organised by the BJP and its Hindu affiliates. The purpose of the Yatra was to support the agitation, led by the Vishwa Hindu Parishad (VHP) and its affiliates of Sangh Parivar, to erect a temple to the Hindu deity Rama on the site of the Babri Masjid. The then BJP President Lal Krishna Advani’s Ram Rath Yatra from Somnath to Ayodhya during September-October,1990 was aimed to stir the support of OBCs to its fold and Mandal card was played so that heat of the temple movement fizzle out.

In this backdrop, Kalyan Singh, a leader from Lodh community emerged as the most trusted OBC face who had deep roots in RSS ever since his youthhood and remained actively involved with Pundit Deen Dayal Upadhyaya led Jana Sangh representing unquestionable credential practicing saffron ideology. He won assembly election from Atrauli seat in 1967 general elections on Jana Sangh ticket. From then till 1977 in the post-emergency era, Singh kept a firm hold on his constituency and won successive elections. He won nine more elections to that constituency as a member of the Bharatiya Jana Sangh, the BJP, the Janata Party and the Rashtriya Kranti Party, an outfit he created after his disillusionment with the top leadership of BJP.

He was Health Minister in Janata Party government and left his mark as a tough and unrelenting administrator who could not be influenced by extraneous considerations. He lost 1980 elections as Janata Party broke and shattered due to ideological conflicts with its saffron partner over the issue of dual membership with RSS.

Ever since Bharatiya Janata Party was born in 1980 after the fall of Janata Party, wherein former Jana Sangh stood merged, OBC leader Kalyan Singh, a trusted Hindutva face of RSS, emerged at the helms of its affairs–– in the politically most sensitive state––which paves the way to national polity of Delhi. Soon, he achieved the stature of a tallest leader propelling Hindutva agenda and became a rallying point for OBC communities for strengthening organisational set up. His efforts created leadership opportunities in other states for Narendra Modi, Uma Bharati, Shivraj Singh Chouhan, Gopinath Munde and Sushil Kumar Modi and many others to take the reins of powers in various states including Hindi heartland states.

The politics of BJP saw a sea change from the dominance of upper caste to the rule of Other Backward Castes influencing its electoral prospects all over the India but Kalyan Singh’s political journey was not a cakewalk for him. He became Chief Minister for a second term in 1997, but was removed by his party in 1999 after his bitter utterances against Atal Behari Vajpaiyee. In retaliation, he left the BJP and formed his own Rashtriya Kranti Party.

Singh re-entered the BJP in 2004, and was elected a Member of Parliament from Bulandshahar. He left the BJP for a second time in 2009 after his apparent rift with another party MP Ashok Pradhan due to clash of his personal political interests but he had the blessings of Atal Behari Vajpaiyee.

He successfully contested the 2009 general election as an independent candidate from Etah. Prime Minister Narendra Modi brought him back and he joined the BJP again in 2014 merging his RKP in BJP as a part of larger strategy to bring non-Yadav OBC leaders to its fold. Kalyan Singh once had a towering personality but could not absolve himself from the charges of nepotism as he promoted his son Rajveer, Daughter-in-law Premlata Verma and grandson into politics of BJP.

Prime Minister Narendra Modi appointed him Governor of Rajasthan. He served a five-year term, and re-entered active politics in 2019. In September 2019 he was brought to trial for criminal conspiracy to demolish the Babri Masjid. He was acquitted by a special court of the Central Bureau of Investigation in September 2020. His acquittal came a year after the Supreme Court verdict in the Ayodhya title suit, whereby the entire disputed land was handed over to the Hindu side, thus paving way for the construction of the Ram temple.

Reacting over his acquittal in demolition of Ayodhya mosque, 89-year-old Kalyan Singh commented, “I can now die in peace.” Like BJP stalwarts Advani, Joshi he too was seen away from foundation laying ceremony of Ram temple in Ayodhya. But there is no doubt that BJP will make all its attempts to use his legacy to garner votes for his party in upcoming UP assembly elections.