When the camera came to the Indian subcontinent, sometime in the mid-19th century, its people took to it with great enthusiasm. And photographers, both the Europeans who carried this medium to the sub-continent and the people who picked it up, became a new breed of artists. As photo studios mushroomed across South Asia, they took the art of portraiture out of the courts and made it accessible to the masses. Portraits — of royalty, of tribals, of courtesans, of families — all become an insight into the history of a people and of the medium. This is evident in the Alkazi Foundation for the Arts’ grand new photography exhibition, at the Rubin Museum of Art, New York, called Allegory and Illusion, with 101 images from across India, Nepal, Sri Lanka and Burma. In 2013, when the word ‘selfie’ was declared as the Oxford Dictionary’s word of the year, this show becomes all the more important as it explores people’s historic fascination with portraits and the drive to leave an imprint of oneself on history.
For a show that combines photographs from what are now four different countries, one might ask whether this could lead to a cultural flattening of different people and their cultures. But for curators Rahaab Allana (of the Alkazi Foundation) and Beth Citron (of the Rubin Museum), it was their colonisation under the British rule that provided a link. One could not control how the art form would permeate across South Asia’s then fluid boundaries. In fact, as these photographs captured history, “we will find how differences can be quite subtle and exchanges far deeper and wider in range than imagined”, to quote Allana. These photographs come together as a disruption of the colonial narrative and a unidirectional gaze into the past, a point the curators make in their accompanying note.
“Disrupting the colonial narrative is something the natives were doing in unsuspecting ways,” says historian Veena Oldenburg. There is a toss-up here, of either seeing these images as Orientalist images of an exotic people or of seeing how “natives” assimilated the European, read Victorian, lifestyle into their realities, tinkering with the art form, appropriating the rigid formal pose that the Europeans brought with them.
What stands out is what the colonial subjects, as they were, made of photography, and what a viewer today makes of them frozen in these frames. Oldenburg gives the example of the representation of courtesans. Is a gorgeously decked-out woman, titled A Lucknow Courtesan, just an Orientalist image of a beautiful sex object? Or does the photographer’s intervention of seating her amidst signs of her own wealth give her agency and grandeur? For Oldenburg, such an image gave these women back their “dignity as purveyors of culture rather than as mere sex objects bought for pleasure”, instead of the status of prostitutes that the colonial government had relegated them to. The cultural significance of the word ‘courtesan’ becomes clear here.
In fact, the abundant presence of women in public stands out in this show. From the Lucknow courtesan, to the women from various parts of the subcontinent lying regally on couches, or showing off their fashionable presence, or posing in family portraits either in havelis or with images of Srinathji (an avatar of Krishna), it’s a stark contrast to the images of Victorian women covered in sheets, posing with their children.
There is a gradual comfort with the camera, as reflected in many of the photographs. People grew more used to the mechanical lens and shrugged off the initial rigidity and discomfort. As the expressions grew more varied, perhaps the subjects grew aware of how much photography is both an act of recording a moment and of performing. And so, the Bengali couple pose in their finest clothes and jewellery to impress upon the audience their wealthy status in A Bengali Couple; the young woman smiles knowingly at the camera (and at us) as she is photographed painting a woman in Lady Painting a Portrait. The form demanded by painted portraits, of the subject looking away from the viewer, falls behind. As people look directly at the camera, their self-awareness of who they were, and how they want us to see them, become the most arresting feature.
The show is on at The Rubin Museum, New York, till 10 February 2014 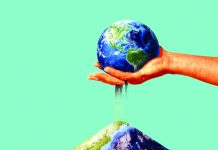 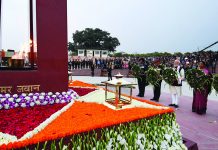