‘The Problem of Plenty’ was intended to be a sobering discussion on the flawed promise of a democratic dividend. The trouble, perhaps, was that the three panelists were all politicians. Nandan Nilekani, Yogendra Yadav and Jay Panda are each extraordinary figures who have all entered politics for altruistic reasons, but have quickly learned the jargon of their chosen profession. Confronted with the distressing statistic of 480 million youths who, as a result of faulty education, healthcare and job-creation, are going to be unemployable, Nilekani insisted that he was still optimistic, citing “unprecedented spending on health and education”, spending that is still pitifully low, lower even than many countries in the development world.
Yadav and Panda would follow suit, adding anodyne statements of their own. Eventually, however, an interesting discussion ensued that, while not entirely about the demographic dividend, was a candid acknowledgement of the challenges of development and the shortcomings of the current growth paradigm. Pro-growth economics, said Yadav, does not understand the realities of India, but the proponents of the welfare state did not have intelligent economics. Panda agreed; while the failure of India Shining was that the focus was completely on growth with no emphasis on removing inequality, he said, the last 10 years had focussed on redistribution while neglecting growth. He stressed the need for a balance, while Yadav asked for an “evidence-driven, agnostic approach to development”, a pragmatic approach that was not dictated by ideology.
Nilekani, always one to turn a neat phrase, spoke of “growth through inclusion”, a solution to the problem of inequality while balancing growth. The concept, he said, had multiple levels: extending basic entitlements to the poor in order for them to live long, healthy productive lives; taking infrastructure to them in order to better integrate with the formal economy; providing individual access to the organised sectors and making small businesses easier to run. Creating an architecture to involve citizens in the mechanism of production, he argued, would raise the GDP (since it would now incorporate the contribution of a larger section) while improving the lives of many more people.
It is the nature of a session of this length (in time) and breadth (in scope) that a substantive examination of the issue without resorting to easy platitudes is nigh impossible. The major upshot of this promising session was that politics is broken and that instead of ranting about it, people need to engage with the system. For a session with three articulate people who are well-versed with the nature of governance, the lack of substance was a major disappointment. 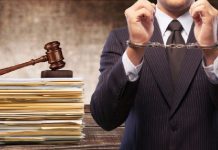 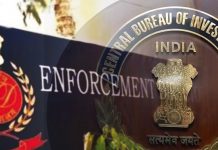