Vidya Sangeeth, a young lawyer and anti-corruption activist, is a member of the Thrissur district panchayat from Mulankunnathukavu. She has decided not to contest the local body election this time, much to the surprise of other villagers. Vidya does not want to be a part of the political farce for another five years: she has seen enough in her current tenure as a district panchayat member. Her crusade against the land mafia in the state has irked many and her own party, the Communist Marxist Party (CMP), has deserted her.
In short, Vidya, a socially committed and determined woman politician, has realised that no major political party has the guts to back a candidate such as herself.
The truth is that political parties want to push forward their family members and other ‘favourable’ candidates in order to fill up the 50 percent seats reserved for women in local body elections. Though the reservation ensures ample participation of women in politics statistically, in practice, it seems to fall short of ensuring their interests. “In reality, not a single woman is allowed to operate freely as a politician,” says Vidya.
That the attitude of mainstream political parties is deeply patriarchal is evident from the fact that reservation for women candidates took so much time to get cleared at several levels. This patriarchal attitude continues to resist the changes women’s reservation ought to have brought out in the political scenario in Kerala.
According to a study conducted among elected women representatives by Sakhi, a prominent women’s resource centre, the political atmosphere in the state is altogether discouraging for women. Most of the interviewed women said that they had stepped into politics after having been compelled by their spouses and family members to do so. Consequently, once elected as panchayat members, these women have very limited freedom to set the agenda.
“We have found that gender discrimination and male hegemony is high in the local civic bodies of the state,” says Rajitha G, project coordinator, Sakhi. “Even though a civic body is headed by a woman, most of the decisions are taken by the male party members. The only role of the women candidates is to approve all these decisions.”
Sakhi has interviewed more than 60 women holding office at the block and village level in various districts but they have spoken about such discrimination only indirectly. “Most of them are afraid of criticising the political parties they represent,” says Rajitha.
Having been pushed into politics by the will of others rather than because of their own interests, many of the elected women have to balance out their roles as members of traditional patriarchal family structures and as politicians. Being a panchayat member entails extensive travel and work at odd hours. Executing such duties along with household roles, which are often difficult to forego on account of the rigidity of a deeply gender-biased society, becomes difficult. 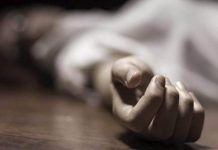 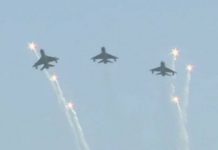