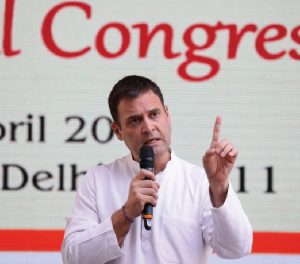 It has been a year since Sonia Gandhi took over as Congress interim president on August 10, 2019 but the grand old party is yet to take a call on her full-time successor. A section within the party thinks Sonia’s appointment was a temporary arrangement to deal with a situation and the party should regroup and revive under a full time president to counter the ruling Bharatiya Janata Party as well as to put to rest the leadership issue.

Other theories suggest that Sonia’s tenure may be extended for six months or a year till the party is prepared to appoint a full-time president. Going by the buzz in the party circles, former Congress chief Rahul Gandhi could be back in the saddle a year after he quit the top party post. But on that issue too, it is yet to be decided if Rahul would come back through a, executive decision taken by the all powerful Congress Working Committee or through the process of internal party elections, as it happened in 2017.

In 2017, Sonia had decided to pass on the baton to her son Rahul Gandhi after being Congress chief for 19 years. Sonia had become Congress chief in 1998 at a time when the morale of the party was down and the NDA government under former Prime Minister Atal Bihari Vajpayee was in power.

After taking over as party chief in 1998, Sonia galvanized the Congress, forged alliances with the other like-minded parties and finally defeated Vajpayee in the 2004 national elections when the Congress-led United Progressive Alliance came to power. Putting huge speculation in the country over her becoming the prime minister, Sonia nominated her confidante Manmohan Singh for the top executive job.

During the 10 years of UPA, from 2004-2014, Sonia steered the UPA and fully backed Manmohan Singh though there were some noises in the party against the then prime minister.

The Congress lost the 2014 national elections to BJP’s Narendra Modi and that defeat kicked off a process to upgrade Rahul Gandhi, who was then party vice president, as the new president. Rahul took over the party in December 2017 through a democratic process in which he was the sole contestant.

In May, 2019, two days after the Lok Sabha results threw back a Modi government, Rahul offered to quit owning moral responsibility for the result.

All through this period Sonia’s leadership style had been acknowledged as consultative and going by consensus, a trait that brought her back as interim chief in August last year. She is still regarded both by the old timers and the youngsters for this trait and is believed to be a cementing force in the Congress.

Rahul taking over the reins of Congress had marked a generational change in the grand old party of Indian politics and his decision to quit last year had surprised many.

Besides shielding Rahul from the attacks that would have followed after the party’s poor performance in the 2019 national elections, the other aim of the Gandhi scion quitting the post of Congress chief was to ensure that several veterans, who held key positions in the organization, would also follow suit. This would have allowed Rahul to restructure the party and bring in a younger team he had been planning for.

But to Rahul’s dismay, the seniors did not show any inclination to give up their posts though they persuaded the Gandhi scion to reconsider his decision in the larger interests of the party.

Over May, June and July of 2019, Rahul remained adamant on his decision and even went to the extent of saying that the party should instead choose a leader from outside the Gandhi family to head the Congress. 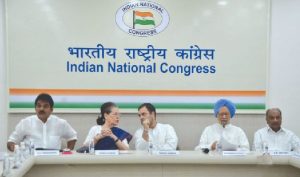 In the end, after going through several brainstorming sessions and obtaining feedback from party workers across the country, Congress seniors had no option but to fall back on Sonia, who accepted their proposal to be interim chief till the time party managers were able to find a full-time president to steer the Congress through future challenges.

The challenges were and continue to be many. Rahul’s presidency in 2017 was followed by three significant wins in Madhya Pradesh, Rajasthan and Chhattisgarh assembly elections in 2018 and had given much hope to the party strategists of regaining lost ground in the 2019 national elections but the outcome was a nightmare they had feared for long.

After the Congress suffered its worst-ever poll defeat in 2014 when the party’s Lok Sabha tally dropped from 206/543 in 2009 to just 44/543, the 2019 national elections were a rude shock to the Congress strategists as PM Modi came back to power with a bigger mandate.

The Congress could win just 52/543 Lok Sabha seats. Rahul lost his traditional bastion Amethi in Uttar Pradesh though he won from Wayanad in Kerala. In most states, the party was routed and the writing on the wall was there for all to see, including the high command.

Unfortunately, since Sonia took over as interim Congress chief last year, the situation has only worsened for the party which lost power to BJP’s games in Madhya Pradesh. The saffron party recently tried to dislodge the Ashok Gehlot government in Rajasthan.

Interestingly, in May last year, the chances of a non-Gandhi heading the Congress had also been explored and the names of veterans Mallikarjuna Kharge, Sushil Kumar Shinde and even Rajasthan chief minister Ashok Gehlot had cropped up as a compromise candidate or an interim arrangement.

As the Congress grappled with the leadership crisis, the old guard vs the younger leader power tussle resurfaced last year with Punjab chief minister Amarinder Singh suggesting a younger leader should replace Rahul.

With Scindia no more in the Congress and Pilot’s future uncertain, there may be little choice for Rahul’s detractors but to back his candidature for the top party post.

The old guard vs the younger leader debate had resurfaced recently as Sonia interacted online with party Rajya Sabha members. The comments of Rajeev Satav, a close Rahul aide, asking the UPA ministers to introspect over Congress decline sparked off a debate from both the groups. The issue is far from settled though noises are down.

When Rahul had resigned, the younger leaders were apprehensive the old guard may not give them the opportunities they were getting under Rahul as party chief. An indication of this anxiety was the huge protests that the youth wings had staged in Delhi and across states against Rahul’s voluntary exit in 2019.

Sources close to Rahul say he wants a culture of accountability in the party but his critics argue that as Congress president, Rahul had all the powers and even the Congress Working Committee (CWC)’s endorsement to radically restructure the party.

Today the Congress rules only in Punjab, Rajasthan, Chhattisgarh and Puducherry and shares power in Maharashtra and Jharkhand. It is virtually non-existent across big states like Uttar Pradesh, West Bengal and Bihar, which will have polls in a few months.

Last year, the party lost its coalition government with Janata Dal (Secular) in Karnataka to a power hungry BJP as several party lawmakers in Goa joined the saffron party and TRS in Telangana.

The leadership crisis in the Congress also showed up during the 2019 parliament sessions when the party could not effectively articulate its position over bills related to Triple Talaq and the removal of Article 370 in Jammu and Kashmir. In fact, the Congress Parliamentary Party, headed by Sonia Gandhi, was divided over the Article 370 issue. The party also failed to anchor the other opposition parties against the government move.

Interestingly, Scindia had then supported the government on Article 370 going against the party’s official line articulated by the CWC meet on August 6 last year. One year hence the situation is not much different.

The Congress needs to address critical gaps in its party organisation, promote new regional leaders, give them key party roles and be seen as fighting for the issues like joblessness, sliding economy, communal divide, plight of the poor and the widespread farm crisis, affecting the people.

However, to be able to do that effectively, the Congress first needs to set its own house in order and take a call on who would lead the party. One of the concerns before the party managers is that a non-Gandhi Congress chief may not get a free hand if not endorsed by the Gandhis, who will continue to exert their influence within the party and among the voters alike.

Those who bat for Rahul, point out he has single handedly taken on PM Modi and his policies since last year. Also his managers have been working constantly at an image makeover and cited the recent interactions with international experts on economy and Covid-19 as signs of a leader with deep understanding of policy issues. He is also a person who will never leave the Congress, they said citing the examples of both Scindia and Pilot, who were described as “princelings” by former union minister and sitting Lok Sabha member Manish Tewari.