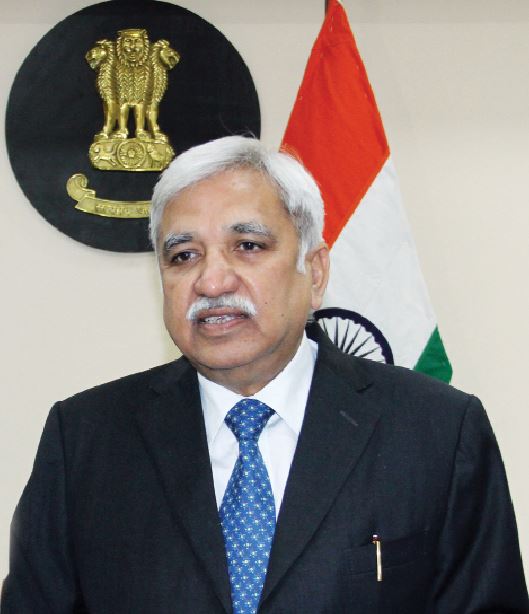 The message is loud and clear.
Any all-India service officer who aspires for post-retirement honours should adjust to party requirements, even if in the
course of doing so, he or she
assists in the weakening of
an institution of governance
or its eventual destruction,
writes JULIO RIBEIRO

THE LAND OF MY forefathers has a new Governor. Three days after he laid down the office of Chief Election Commissioner (CEC), Sunil Arora, formerly of the IAS, was nominated by PM Modi as the Governor of Goa. He will occupy Raj Bhavan, which in the Portuguese colonial era was known as the ‘Palacio Do Cabo’.
Some members of the Constitutional Conduct Group (CCG), consisting of retired IAS, IFS, IPS, and Central services officers, had anticipated that Arora would be rewarded by the Modi-Shah duo for subtly helping the BJP in its quest for an Opposition-free Bharat.

In the beginning, the goal was ‘Congress-mukt’, but now the goalposts have expanded to include the scalps of ‘Didi-Oh-Didi’ and others.
I remember Modi as CM of Gujarat, deprecating justice and fair play by consistently reciting the full name of the then CEC, James Michael Lyngdoh, an outstanding IAS officer hailing from Meghalaya, to emphasise that a Christian officer could not be trusted to accommodate the political or electoral needs of the BJP. Lyngdoh’s sin was that he turned down Modi’s party’s request to fix election dates that suited it.

Arora, on the other hand, has been very kind to the BJP. He had accommodated the party’s wish for an eight-phase election process in Bengal, unprecedented in the annals of Bengal’s electoral history or the history of any other state of the union! An equally big state like Tamil Nadu completed its polling in one day! But in TN, the BJP did not expect to replace the local Dravidian parties, like it thinks it can oust the regional Bengali party of Mamata Banerjee.
The message is loud and clear. Any all-India service officer who aspires for post-retirement honours should adjust to party requirements, even if in the course of doing so, he or she assists in the weakening of an institution of governance or, worse, its eventual destruction. The Election Commission was a proudly independent institution. It celebrated the reign of democracy in our ancient land. Alas, not anymore. Our own colleagues have ensured its slow death.
The CCG had, in 2019, after the elections to the Lok Sabha, deprecated in an open letter the fact that Sunil Arora had not applied equal yardsticks in upholding the code of conduct, based on agreed principles, to the party then in power, as it had applied to the Opposition.
Modi and Amit Shah had got off lightly when they made provocative, highly communal speeches or references, whereas their opponents were arraigned for smaller defaults. In an interview, the CEC mentioned that he was ‘sad’ that I, Julio Ribeiro, had endorsed that protest without commenting on the correctness or otherwise of the protest letter!
Arora should now acknowledge that I was justified in signing CCG’s letter. If he had any dignity or self-respect, he would have advised Modi to tarry a while before exposing his partiality to the world at large. It is imperative that a law be introduced, prohibiting members of constitutionally consecrated bodies, like the judiciary, CEC and CBI, from being appointed to any post-retirement sinecures.
Even the nomination of Ranjan Gogoi, the retired Chief Justice of India, as an MP in the Rajya Sabha, after he demitted the high office, was clearly an attempt to weaken the institution of the judiciary’s highest body.
The subtle use of patronage to break institutions that provide checks and balances is extremely disturbing. The Congress had tinkered with the process in its time. The ‘party with a difference’ has gone all out to prove that it is no different! The Congress was bad enough, but the BJP has honed its skills in influencing, or worse, controlling regulatory institutions, like the CBI, ED, NIA and NCB, into a fine art.

But allow me to turn from my rantings to something more positive. Goa was the land where my ancestors settled many, many centuries ago. They came with the sage Parshuram. In 1540, the Portuguese sailed up the Mandovi river in three galleys and ousted the Muslim ruler, Adil Khan. That victory pleased the natives, but the conqueror’s decision to stay on did not. The Christianisation of the Goa Islands followed, but two hundred or so years later, the process slowed down when the Marquis of Pombal, an anti-cleric, took over the reins of the government in Lisbon. One of his first acts was to banish the Jesuits from the country, leading to the tapering of conversions.
I hold no personal grudge or animosity against Arora. I cannot be accused of jealousy because I myself had turned down two offers of Governorships, one by the BJP and the other by the Congress. My reference to his appointment is in relation to the dangling of a carrot to weaken a crucial institution of governance. A just and fair Election Commission is vital to the health of democracy in India, like it would be in any country that professes to be a democracy.
Having explained my objection let me say that I, like any other citizen, am helpless to do anything else except mourn. But I am also at heart a Goan and Goans are friendly and warm-hearted! So, wearing the hat of a good Goan, I welcome Arora to the land of my ancestors and hope he has a pleasant stay at Cabo Nivas.

The author Julio Francis Ribeiro is a former IPS officer and this article first appeared in The Tribune. Views are personal

◆Chief Election Commissioner Sunil Arora has said that he had not been nominated Governor of Goa and it was factually incorrect to say so.
◆Responding to a piece by Julio Ribeiro titled, “The fall of the EC’s office” Sunil Arora said, “The opinion piece by Ribeiro is based on a factually incorrect statement that I have been nominated as Governor of Goa. Ribeiro has every right to have his opinion on any issue, but at least he should have verified the basic facts.”
◆The former CEC said in a statement, “In such a situation to write a virtual obituary of the Election Commission of India, raised on the solid edifice of our Constitution and especially the paradigms set forth in the Preamble thereof, along with my tenure personally, I think is rather unfair and irresponsible.” 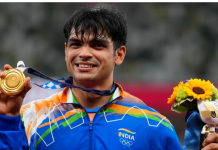 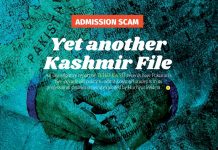 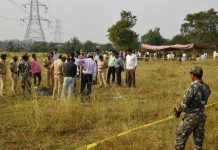