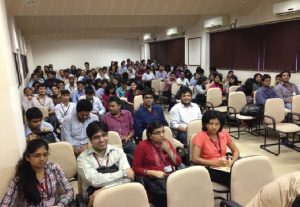 Indian education is mainly degree oriented. Higher the degree, more learned and educated a person considers himself to be. Ironically, some people are in the habit of acquiring all sorts of degrees, both genuine and fake ones having no academic or economic value. They simply do so just to enhance their social prestige and status. Khushwant Singh, the great Indian writer and columnist, once aptly remarked that the degree of Dr. should be allowed to be used only by professional doctors in medicine and not by the holders of degree of PhD

In early eighties, when the Ministry of Education announced new salary scales for college and university teachers, there was a feeling in certain quarters that the Government had gone too far in its generosity to teachers. But the govt. had laid down certain eligibility conditions. One such requisite condition was that, in future, recruited to the rank of Assistant Professors should have research degrees or some published work of equivalent merit. If such candidates are not available, then the new recruits would be expected to acquire doctoral qualifications within five years of service.

Of the more than three lakh teachers who are currently teaching in our universities and colleges, majority of them in permanent employ, only a small proportion have genuine research degrees. No one in authority has so far announced that the intention was to give the new handsome salary scales only to those with research degrees, and permanent teachers could get the new scales only for five years unless they achieve doctoral degree in the meantime. Dr SN Sen, who headed the committee that recommended the new pay scales, had been expressing the hope that, with the new lucrative salary structure, the teaching profession would attract bright young committed people who were otherwise being tempted away into administrative and business careers. Dr .Sen expected a new trend that would vastly improve the quality and standard of academic faculty.

A billion dollar question is that how many Ph.Ds. should our universities produce every year to meet the new demand. On a present reckoning, between twelve to fifteen thousand teachers are needed every year in our colleges and universities. This gives an idea of the minimum number of Ph.Ds. that our approximately four hundred universities are expected to produce every year. This number will increase by the number of already employed teachers, who also have to obtain doctorates in order to secure further promotion. One wonders whether the universities are thrilled at this prospect.

The UGC, the Apex body of our colleges and universities, is expected to be knowledgeable enough to be aware that a PhD means different things in different universities, and in different subjects in the same university. There are universities in the country such as Haryana Agriculture University, Hisar, Haryana, which was established in 1970, where there are more PhDs to the square mile than in any other part of the world. One doubts whether there is a corresponding concentration of intellectual capability in such regions. If there are other reasons for this proliferation of research degrees, such considerations are likely to be spread in other universities, or the demand for PhD degree becomes ubiquitous.

The universities and the colleges no longer appoint a third class man to a teaching post, though they continue to call him a Master. With the new PhD glut, even the second and first class post graduate degrees have suffered a diminution of status. The new Education Policy has scrapped the degree of M Phil And the emerging situation would be that even the MA/ MSc would be of no intrinsic value, except as a means of getting oneself registered as a research scholar. No one quarrels with the desire to ensure that the tasks of higher education are attended to The new demand for the mandatory degree of PhD has already aggravated the devaluation of the M.A./ M.Sc./ M.Com.degree. The universities have already decided that the third class post graduate degrees they award are worthless. However, some universities in UP and Bihar award second division with 45% marks. A former vice chancellor of Kurukshetra University, Kurukshetra ( don’t wish to name and shame him) possessed M.Sc. degree in Botany with bare 48% from Barot( Meerut University) but could not complete his tenure having been shifted to HAU,Hisar due to his close proximity with the notorious son of then Haryana Chief Minister. However, after three months this undeserving fellow was forced to leave the university unceremoniously due to his nefarious activities. 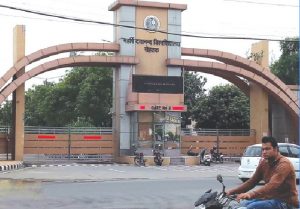 The universities and the colleges no longer appoint a third class man to a teaching post, though they continue to call him a Master. With the new PhD glut, even the second and first class post graduate degrees have suffered a diminution of status. The new Education Policy has scrapped the degree of M Phil And the emerging situation would be that even the MA/ MSc would be of no intrinsic value, except as a means of getting oneself registered as a research scholar. No one quarrels with the desire to ensure that the tasks of higher education are attended to attain higher levels of competence than at present. But is the PhD requirement for new recruits the best way to achieve this end. The bright new talented recruits will wait for a long while be lost among the old guard of whom no one seems to have any high opinion.

Teaching and research are two distinct, separate entities and entirely different activities. A good teacher nay not be a good researcher or vice versa. Unfortunately, neither universities nor colleges have ventured on any program of self- study. Neither the UGC nor the Association of Indian Universities has gone ahead with the establishment of a centre of research into our flip flop policies and practices in higher education. Nothing is being done to determine professional norms and to develop the usage of self- regulation within the teaching profession. This is a task that should have been attended to by the professional associations of teachers rather than by the autocratic authorities that exercise the powers of hiring and firing despite the statutory university rules and UGC guidelines issued from time to time.

The directives of the UGC dealt mainly with the PhD requirement, and the idea of obliging every faculty member to be available at his place of work for at least 30 hours a week. Academic cynics could be trusted to foresee a situation in which neophytes with PhD degrees sit by the hour in the staff room and watch the clock. With the research degree and two years of probation period over, all they will be expected to do is to grow older, provided greater part of the growing is done on the college premises or university campus. Thus with the passage of time, the PhD degree has also lost its sheen and prestige. In universities, even Class III and IV employees prefer to be addressed as Dr Sahib.

In the name of higher education, what is missing in the high level decisions taken mainly by the conceited bureaucrats is any concern for the quality of teaching at the college and the university level. There is no sort of teaching that is valid for all persons and in all subjects. But we can’t leave everything to chance and luck .In the assessment of teaching effectiveness, the UGC seems to be concentrating on several other phenomena like the doctoral degree taken, the number of research papers published and the hours spent on the campus. The value of students feedback on the effectiveness of teaching should be taken into account. A research degree cannot be meaningful substitute for these rewarding experience.

Being a teacher of very long standing, I strongly believe that teaching and research are entirely two different activities. Teaching is an art and a serious activity. On the other hand, research demands logical scientific analysis of a topic. Unfortunately, in our country, research means Re- Search I.e. pure plagiarism. Last year, MDU Rohtak detected around 400 college and university teachers holding fake PhD degrees. Lately, the Department of Higher Education, Haryana has terminated the services of more than 65 ineligible extension lecturers working in govt. colleges across the State for several years. They have been dismissed in compliance with a new policy which framed in March this year. The sacked lecturers did not meet the UGC and state government norms nor had they cleared the National Eligibility Test (NET). They also did not fulfill another criterion of holding a PhD degree. They were drawing a monthly salary of 40,000. There are more than 250 ineligible extension lecturers in the state and they would also be dismissed in near future. Extension lecturers were hired to share the workload following the non-availability of NET qualified lecturers and PhD degree holders. However, a good researcher may not be a good teacher and vice versa. 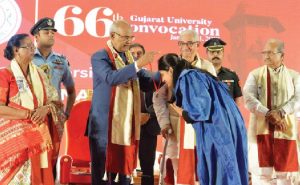 When things go wrong in college or university, it is interesting to study the remedy proposed. If it is a college, faculty wants it to be taken over by the university or the state. If it is a university that behaves badly, no one will take it over. We have lately had universities placed under administrators appointed by the state government. Such things happen because universities and colleges have not developed habits of introspection and continued scrutiny of the quality of their, functioning, with a view to self correction. Instead, like the hapless poor on the material plane universities on their high intellectual plane, seem to be content to live from hand to mouth.