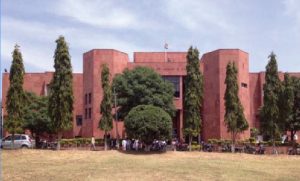 Earlier in October, the J&K High Court in a judgement with far reaching consequences ordered the Central Bureau of Investigation (CBI) to take over the probe of 25,000 crore Roshni land scam in Jammu and Kashmir. Court also declared all allotments made under the legislation “void” from the beginning.

The court asked J&K Chief Secretary B. V. R. Subrahmanyam to ensure uninterrupted investigation including against those officers in whose tenures the land encroachments had been made. The court also said that all Deputy Commissioners and Divisional Commissioners will be held in contempt of court if they do not co-operate with the investigation.

Roshni scheme, also called The Jammu and Kashmir State Lands (Vesting of Ownership to the Occupants) Act, 2001 was enacted in 2001 by the then J&K Government to provide vesting of ownership rights to the occupants of the occupants of 4.5 lakh acres (20.64 lakh kanals) of state land for the purposes of generating funds to finance power projects in the state. But instead of the projected 25000 crore, the sale of the state land generated only several hundred crores for the government.

Finally in November 2018 the enactment was repealed by the State Administrative Council (SAC) led by then Governor Satyapal Malik, concluding that it had not served “its purpose” and was “no longer relevant in the present context”.

In a damning report in 2013, twelve years after the Roshni Act had been in force, Comptroller and Auditor General (CAG) had said that the senior J&K bureaucrats had changed some provisions of the Act without getting them ratified by the legislature, which led to a revenue loss of 25,000 crore.

“We wanted to know under what legal authority the officers had changed land use and category, gifted away the agriculture category of the occupied state land free of cost, and granted huge rebates to the commercial category. We were keen to see who waived the stamp duty and under what legal authority,” the then Principal Accountant General (PAG) Subhash Chander Pandey had said adding the officials were found to have fixed the lowest rates and had given huge rebates to the occupants of the government land.

According to the CAG, in Jammu, the total land approved for vesting ownership to the occupants under the scheme was 42,917 kanals and its rate was fixed at 40,587 per kanal. But against the estimated revenue of 174.19 crore, the government had realised just 15.77 crore.

Similarly, around 492 kanals at the rate of 20.70 crore were approved for the purpose in Srinagar. But against the estimated revenue of 101.87 crore, only 50.62 crore had been realised. Shockingly enough, according to a government handout, only 1.5 lakh was raised against 3,113 kanals allotted in North Kashmir’s Kupwara district.

Some of the prominent beneficiaries in Srinagar included the political parties like Congress and the National Conference. Their headquarters in Kashmir, popularly known as Khidmat and Nawai Subah Trust respectively, occupy prime real estate in the heart of Srinagar that cost a fortune.

Other beneficiaries included Ghulam Mohi -u- Din Malik, a former J&K Assembly Speaker, who paid just 20.36 lakh for a prime property at Samander Bagh in Srinagar and former MLC KK Amla, who paid 2.4 crore for a property along the posh Residency Road in Srinagar.

Around 20 IAS and Kashmir Administrative Service officers were under a cloud for the alleged irregularities in the implementation of the scheme. Later, the State Vigilance Commission (SVC) had registered FIRs against a former divisional commissioner and two IAS officers, for the alleged misuse of their official position for the illegal transfer of government land in Gulmarg, Kashmir’s famous ski resort, to businessmen by misusing provisions of the Roshni Act. The SVC also constituted four special investigation teams (SITs) to probe the scam.

The provision in the Roshni Act that became most susceptible to misuse related to agricultural land. On 9 February 2007, the then Ghulam Nabi Azad-led Congress government amended the Act — a nominal fee of 100 per kanal was fixed for vesting the ownership of agricultural land to its occupants. Though the government justified the move by saying that 19 lakh cultivators would benefit, it didn’t realise that the state has less than 16 lakh cultivators and only 16.27 percent of them had encroached upon government land.

In case of institutions (educational, religious, charitable, social, trusts, societies) and political parties, the rates were fixed at 15 percent and 25 percent, respectively.

The government maintained that 20.25 lakh kanals of J&K land was under occupation — 16.02 lakh kanals in Jammu region and 4.23 lakh kanals in the Kashmir Valley. A high-level “rate fixing committee” headed by two divisional commissioners was authorised to approve cases for ownership rights in Jammu and Srinagar districts, whereas the committees for other districts, including the areas falling under the Tourism Development Authorities, were headed by the deputy commissioners concerned.

It turned out that a scheme that was billed as a revolutionary move on the lines of the 1950 J&K Land Reforms Act, which saw the redistribution of 4.5 lakh acres held by 9,000 landowners among the cultivating peasants, may have been devised to benefit the rich.

With the government withholding the comprehensive list of the beneficiaries under the scheme and the nature of the land given away to them for peanuts, it is difficult to comprehend the egregious nature of the scam under Roshni, a scheme that has become now a metaphor for the endemic corruption in India’s most troubled region.

In fact, the quantum of corruption was estimated to be 25000 crore in 2013. It could be several times more, considering how the land rates have steeply risen ever since. The actual revenue loss to J&K is thus disproportionately higher.

Now, with the CBI taking over the case and land allotments being cancelled, it is likely to open a Pandora box. The land and properties sold under the repealed Roshni Act are already under the occupation of their new owners. It remains to be seen whether the government will take steps to evict them or make them pay at the latest market rates for such properties. 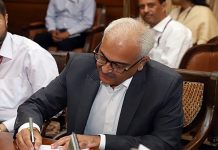 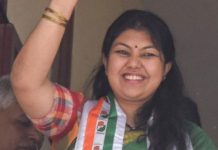