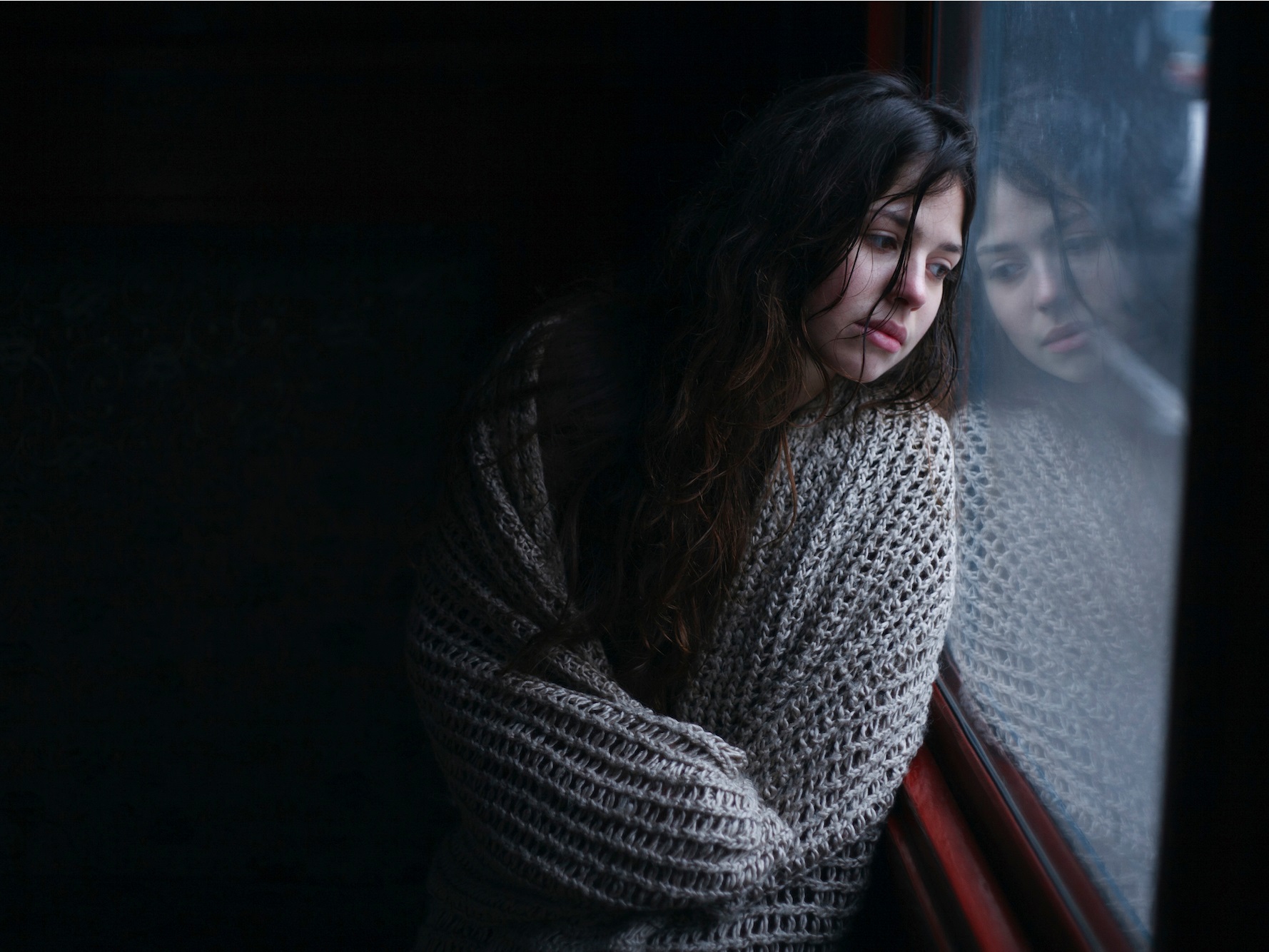 Even if a minister of Loneliness gets installed in the country, will she/he be able to reach out to the lonely Indians? After all, don’t we have ministers for the  welfare of the minorities etc. But see the dismal conditions prevailing!

Strange scenario unfolding. With the corona scare and the political pollution unmoving, there’s little enthusiasm to look forward to the upcoming season of Bahaar or Spring, with Valentine’s Day splashed in its midst. Nah, it seems to be heralding little excitement. The saturation point reached, with the viruses of all hues holding sway, washing away even the faint traces of longing.

Not to overlook the communal virus consuming us, our emotions, our sensitives, our  very  being.  Polarization on the housing front affects other fronts, including the love front! Tell me,  how can Hindu-Muslim love affairs take off, when there’s little interaction, when Muslims can’t get homes on rent in Hindu dominated areas and housing complexes, when Hindutva goons hang outside colleges and universities, keeping a watch!

One news report after another of sabotaged love affairs, between Hindus and Muslims. Now, of course, the so called ‘Love Jihad’ laws, are terrorizing couples. The State flaunted divisive-cum- destructive strategy along the ‘Love Jihad’ strain, seems to be the last nail in the coffin of our collective togetherness. 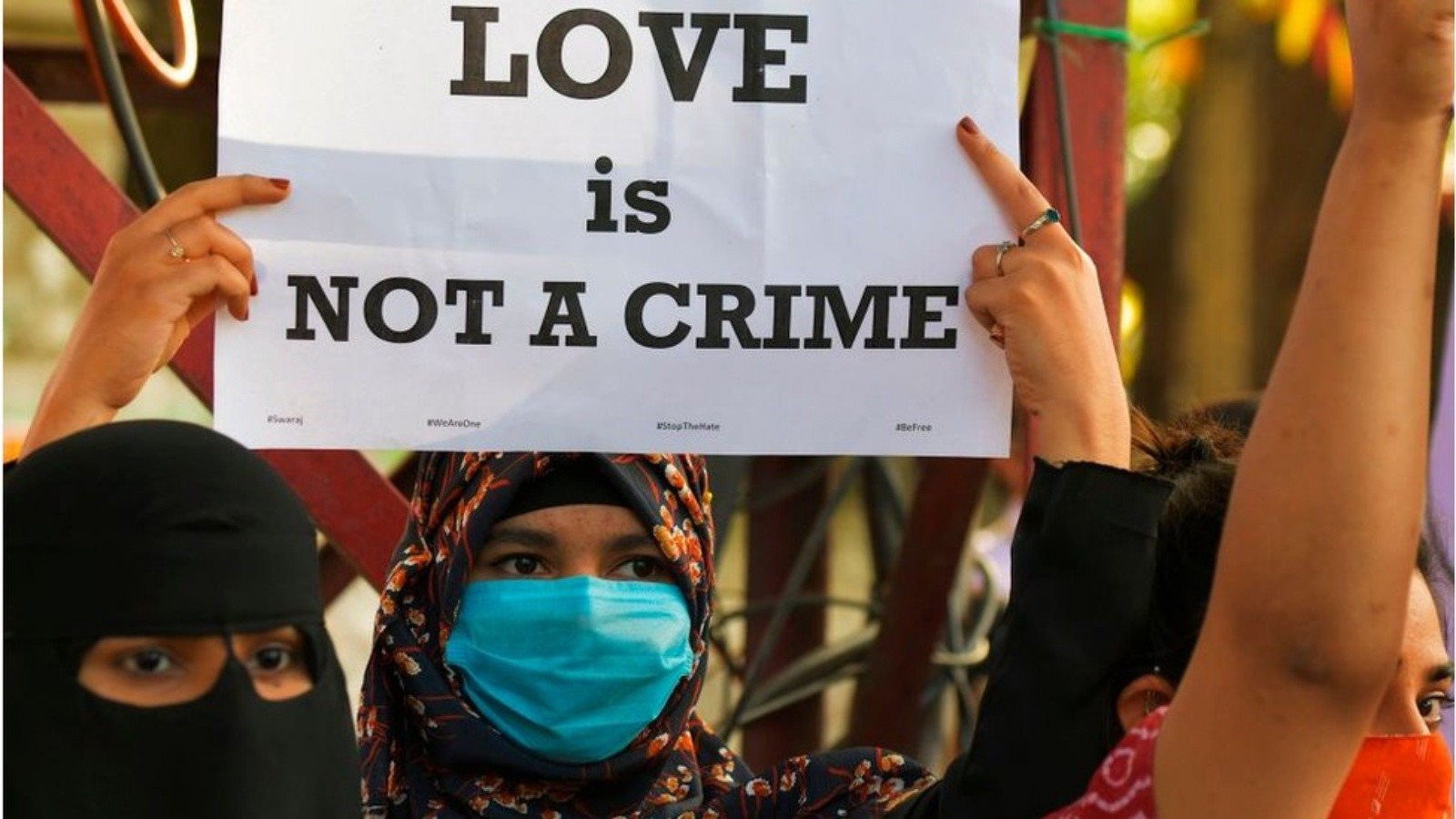 One of the biggest offshoots of this changed scenario is loneliness. One has to think a  hundred times before making friends. Close or the not-so. Spontaneity hit. Worries compound, as scares of all hues and forms gather around, gaining  momentum. And in the midst of it nobody even talks of loneliness!

Japan had appointed a Minister of Loneliness. As earlier news reports stated, this minister’s focus would be to combat loneliness leading to rising suicides. And if I’m not mistaken almost four years back, in 2018, UK had also appointed a Minister of Loneliness to try reach out to all those battling loneliness.  Don’t know whether any lessening of the lonely, but it sure does indicate that loneliness is one of those urgent concerns of the governments of the day.

Yes, though there’s denying that loneliness could be as lethal as cancer or corona but, here, in our country we don’t want to talk about any of the emotional realities. All seems to be going all okay! Its only when the situation crosses the bearable boundaries then cries for help can be heard. Who is there to hear those cries! No one! For till date nobody gives a damn to loneliness!

If even a minister of Loneliness gets installed in the country, do you think he will reach out to the lonely Indian! After all, don’t we have ministers for women and children, and also for the supposed welfare of the minorities and also for the several other disadvantaged groups and communities, and yes also for the farmers, industrial workers and mazdoors, and above all, for the collective health of  all!  But see the dismal conditions prevailing all around!

The dark reality is this: lonely Indians die unsung and prematurely even in those joint family setups,  yet  we aren’t  supposed to  talk of  any  of these  dark  realities hitting us , day after day.

I can only read aloud this verse from the rebel poet of the Awadhi belt, Israr-ul-Haq Majaz. He died young and that too decades back, but not before writing verse after verse, romantic as well as revolutionary, on the situation around.

Holding out to this day is his this verse titled Awara: 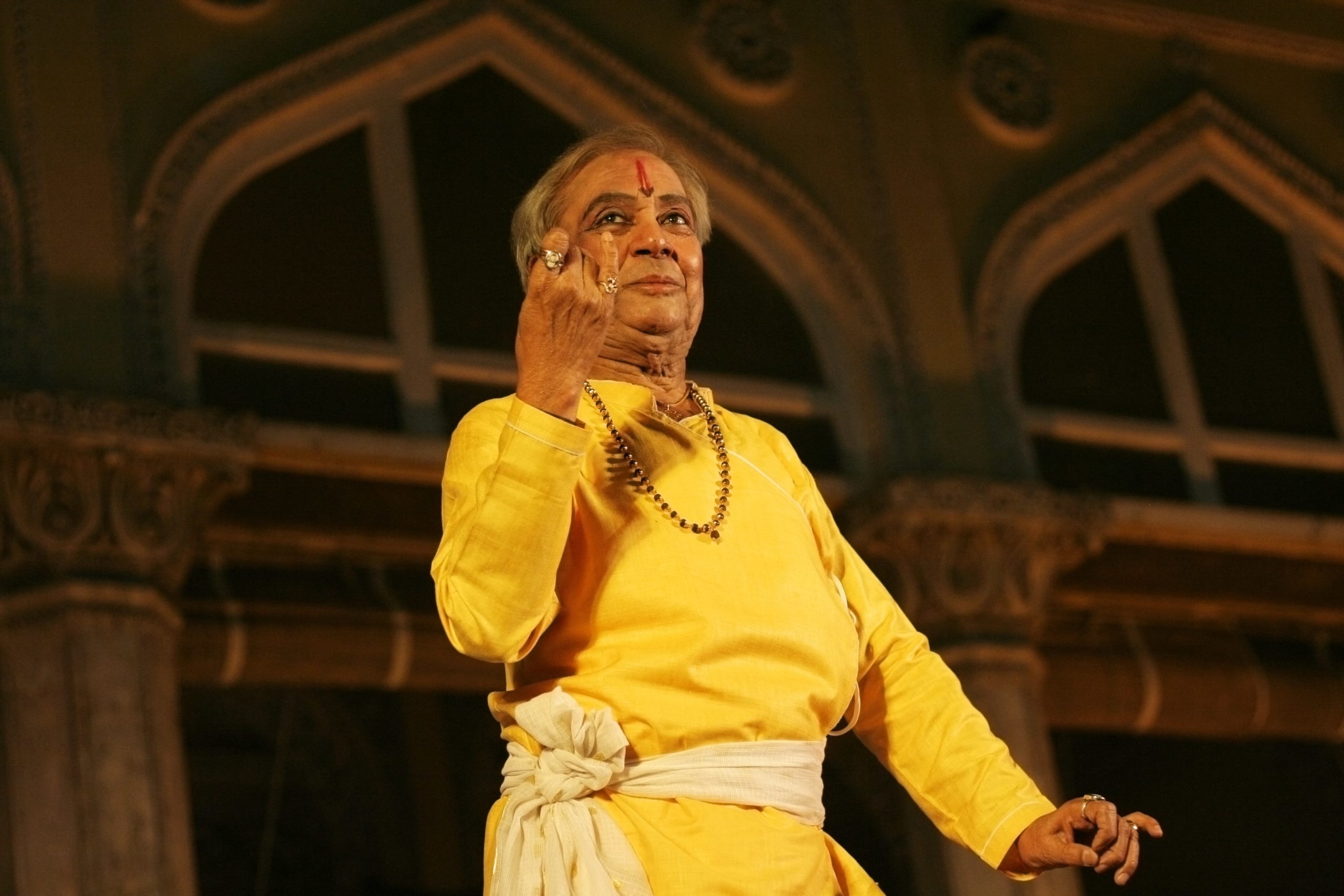 Night has fallen in the city, and I, unhappy and defeated

It is not my neighbourhood, how long can I loiter thus?

Anguished heart, desperate heart, what should I do…

To stop and rest on the way is not my habit

To admit defeat and return is not my nature

But to find a companion, alas, is not my fate. 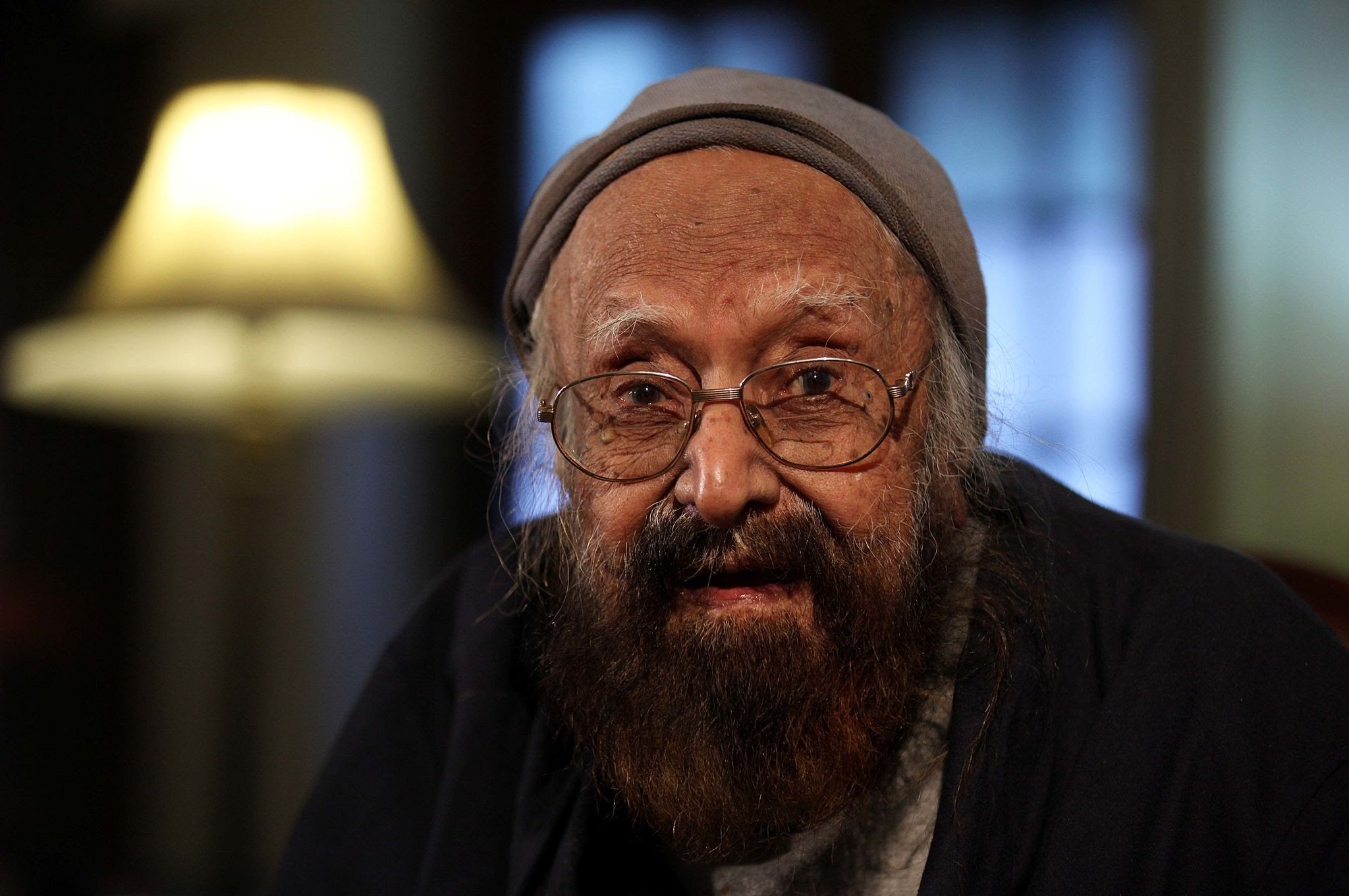 Last fortnight as soon as the news of the  passing away of  Pandit Birju  Maharaj  reached me,  I was  transported to the 90s, towards the  Shahjahan – Pandara  Road  locality of  New Delhi . For that’s where Pandit Birju  Maharaj  resided with his entire family. And not too far from his home, was the apartment where I resided. Our homes were along the adjoining lanes and very often I used to see his children and students walking around in the area. It seemed a fairly large household, along the traditional strain.

I  was then covering  the cultural scene of this capital city and had seen him perform and also had those brief interactions with him. And on the occasions, I could get to talk to him what held sway was his very personality. To be nearer precision, the manner in which he spoke. It was pure bliss to hear him narrate situations and happenings in that relaxed Awadhi style. There was no rush of words, no usage of the rough slangs. He spoke out spontaneously and effortlessly, in that Dastangoi style. In fact, the expressions on his face and eyes added to that flow …At times one wished the conversation, rather his words would go on.

And whilst on stage, his dance held the audience captive. Those unforgettable expressions, those movements, that connect, his immense love and passion for Kathak was all too writ large. It all came naturally to him. He was born to be the maharaja of Kathak. And would always remain so!

Sardar  Khushwant  Singh  lived life at  his  own terms. He spoke fearlessly. He wrote    along the  same strain. No contradictions. Just  no  hypocrisy ,  no frills  and  none  of the  modern  day  complications. He  hadn’t  got  himself  a  computer and nor a secretary and  definitely  not a  mobile. “Mere  bas  ka  naheen   hai  yeh  sab …I  am happy writing on a  note  pad. ” And  he’d  moaned when one of  his friends had  got  him a  mobile. Rejecting  all  modern  day  gadgets,  keeping  to  the  very  basics.

What would you say to a man who wrote for hours every single day!  There were never   sermons. Only subtle relays: No wasting of  time in gossip or  in those  useless wanderings. No facades, no communal tilts, no lies and no deceit.

He was a great man, a great friend.

Even  at the cost  of  sounding  cliched, he  was  ‘doston ka  dost’.  Anything for  a friend! Yes,  he could   do  anything  …Till  about the   time  his close friend  Prem  Kirpal died,  Khushwant   did  make  it a point to  visit   him almost  every  week. Often , I’d accompanied him, and though Prem  Kirpal  was  stone  deaf but  would  receive us with a   smile and  much  hospitality followed. And when Khushwant  would  announce that was time to go,  Kirpal looked sullen. This when Khushwant  has  written some rather  provocative passages on Kirpal’s chronic bachelor-hood. But, then, there was  that  rapport between the  two.

There  could   be  many whom  Khushwant  had  helped  out, though   he had  never ever  dwelt  on those  details… several  years   back, theatre  personality Balwant  Gargi was undergoing severe financial crisis and  only  one  particular person in this   capital  city helped  him out, “Sardar Khushwant  sahib   had  helped, paid  my electricity bills…he  did  so without  letting sardani or any other person   know …did so very quietly, sardarni did  not  get  to  know.”

I’m   certain that   patients  lying   in  the  confines  of  the  Guru  Teg  Bahadur   hospital  in New Delhi  wouldn’t have an  inkling  of Khushwant’s  role  in the  building   of a modern  and well equipped  dharamshala  for the caregivers accompanying these  patients from far  flung  sectors. This dharamshala is a Sir Sobha Singh project that came through because of  Khushwant’s persistence and initiative. He seemed determined that this  building  come  up  as  part  of the   hospital  bandobast  for  the hapless   patients,  in  tune  with   the  Sikh  philosophy that  one  tenth  of  the earnings   should go  to the  disadvantaged. A  philosophy  followed  by  his  parents,” my  father   always   gave one  tenth of his  earnings  to charity, now this trust  in his  name … whenever  my  father  visited  AIIMS  he’d commented  there  was  no  place  for  care givers to  stay, particularly as  many may  have  travelled with their  patients. He couldn’t  build  one  in  his  lifetime. So it was  left for the  family and to  the  Sir Sobha Singh Trust to  build this  one.”

His emotional connect with his roots

Then why  that   image  of  him, sitting  with  women amidst  those  hackneyed frills  around?

His views on Death 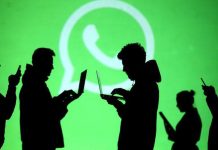 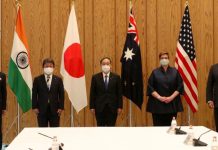