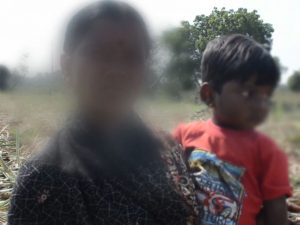 Years ago, as a student of English literature at the Panjab University, I was dismayed how the protagonist in Hamlet, the masterpiece by the bard William Shakespeare, could address in his soliloquies his lady love Ophelia as “Frailty, thy name is a woman”. That showed the mindset that prevailed in sixteenth-century England. But it seems centuries late, nothing has changed yet!

Tehelka’s cover story in this issue that marks the International Women’s Day falling on March 8 describes the poignant tale of being a woman in India. Pari Saikia, Tehelka’s Principal Correspondent extensively traveled for days together to interiors of Beed and Osmanabad in Maharashtra, the drought-prone rural belt, where thousands of hapless women had allegedly been made to undergo a hysterectomy to remove their uterus.

The reason, they could earn a livelihood even on days when they were menstruating and womb removal would ward off threats of cancer. Pari observed that “it was shocking to meet gullible, illiterate women as young as 20 who were allegedly advised to remove their uterus to work without interruption and also to escape deadly cancer”.

Ironically all this was happening when recently the Supreme Court, in a landmark verdict has upheld the right of women to equal opportunity in the Indian Army, paving way for meritorious women to be eligible for permanent commission on a par with their male counterparts.

This is the first  major step for gender equality in the army to shoulder higher responsibilities.  Till now the sad reality was that women could not touch the pinnacle in their careers in the Army. With the judgment, the patriarchal mindset of the false notion of male superiority must go.

Shockingly, the government took the stance in the Court that women are physiologically unfit for higher Army ranks. In fact, the Supreme Court named 13 women officers for their gallantry and achievement to drive home the need for equality in the Army. The Supreme Court verdict is welcome because it upholds the right to equality as enshrined in the Indian Constitution under Article 14 which says that the State shall not deny to any person equality before the law within the territory of India”.

The Court also  rejected the arguments of the Centre on the physiological limitations of women and said that casting aspersions on their ability was an insult to both women and the  Indian Army. The decision will set right a wrong that had been going on since ages and would trigger the  entry of deserving women into the Army and end gender imbalance in the Force once for all.

Pari opined, “Time has come that our elected  representatives step in and each individual makes a conscious effort to be the change, till then nothing will change! We at Tehelka are waiting for that change to happen!