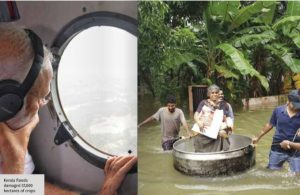 Good samaritans poured into Kerala from across the country, regardless of their caste, creed, region or religion in sharp contrast to political parties and politicians who seemed eager to earn brownie points rather than do what was needed the most to people — help and understanding. Volunteers thronged Alappuzha, Pathanamthitta, Kochi and Thrissur, the worst affected areas, to save the lives of marooned people. Rescue missions, relief centres sprung up wherever they could.

Fishermen, truck drivers, government servants, policemen, and youth brigade got together in mounting relief, rescue operations. Fishermen came out with their boats and truck drivers drove through flooded roads, risking their own lives to reach relief materials to the flood victims.

Capital city of Thiruvananthapuram was spared by Mother Nature. Here collection centres were set up in different places as also relief camps. People from across the globe descended on Thiruvananthapuram as also people pitched in with help from whichever part of the world they were in, taking stock of requirements and facilitating them online.

Now as the people began shifting out of relief camps to their own homes, the magnitude of the task of rebuilding has struck them. Many people lost their entire household goods besides extensive damage to their houses. But the immediate need was cleaning off their homes.

Fishermen, children of the sea, rose up to the task and turned heroes of the day.. 1200 fishermen brought out their 460 outboard engine boats and innumerable catamarans to rescue many stranded people and taking them to relief camps.

“The sons of the sea are turning into role models of the people. They saved many of those marooned in the floods, and when things turned chaotic, they rushed out to save lives on their own,” said state fisheries minister J Mercikutty Amma.

The fishermen also pooled money from their own pockets to hire trucks to take their boats to the extent possible to the flooded areas.

“We are just trying to give back here because our lives were similarly devastated when the Cyclone Ockhi struck,” said fisherman V Rubin. Fishing villages Vizhinjam, Poonthura and Veli, which bore the brunt of the cyclone last November, have sent over 100 boats.

Kerala Chief Minister Pinarayi Vijayan was quick to acknowledge the efforts of fishermen and declared that all fishermen who took part in the rescue mission would be felicitated. “The fishermen intervened in a great way. Many of their vessels got damaged. The government would compensate them for the loss suffered. Apart from that, a fisherman would be given 3,000 a day using a boat and the state would meet the fuel expenses too,” he said. But the fishermen were quick to make it clear they were doing it out of their own free will and not for money at all. 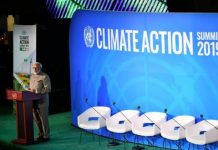