‘We’re all performing monkeys in a way, dancing to some unseen madari’s rhythms’

Recently released graphic novel Sudershan (Chimpanzee) follows the career of Sudershan, the primate protagonist, from a circus underdog to a top Bollywood star. Co-writer Rajesh Devraj (47) tells Aradhna Wal about Bollywood B-movies of yore and how at the end of the day, actors only have the story of their life to tell.


How did this book come about? What’s the inspiration for the story?
Way back in 1996-97, I was working at Channel [V], where I conceptualised and researched a show on Indian B-movies called Toofan TV. For the show, I met the legendary Nanabhai Bhatt, who had been a prolific director of B-movies, the name behind the Zimbo films (Zimbo was a sort of home-grown Tarzan of the Fifties). He showed us his photo album, which was dedicated to a chimpanzee called Pedro the Ape Bomb. Nanabhai called the chimp his favourite star, because according to him, Pedro was the only actor who had never questioned his instructions.
Many years later, the memory of that encounter came back to me, quite out of the blue. I imagined an ageing director relating stories of his heyday, I imagined the chimp sitting next to him and smiling sheepishly as the old man told some embarrassing bawdy tale in the raucous manner typical of filmi raconteurs. Almost simultaneously, I imagined other animal stars down on their luck. A former Wonder Dog named Moti, and a horse who’d once played Chetak, now reduced to giving rides to fat Gujarati kids in Matheran. A narrative suggested itself — the life and times of a chimpanzee in the B-movie world of the Fifties and Sixties, his beginnings, his rise to stardom, his twisted relationship with his director. The story of a monkey and his organ-grinder. 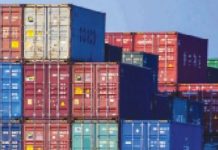