The recent controversial remark of a Catholic priest against inter-caste marriage needs a serious introspection to the reality of the Catholic community of the state as it is faced with multitude of challenges including the sharp erosion of believers to independent church beliefs.  For the Catholic Church in Kerala, which is already under attack with a wide range of allegations ranging from oppression of its nuns, abuse, suicides, inappropriate sexual behavior and luxurious way of spending, another controversy of a Bishop’s controversial remark on ‘Love Jihad’ few days ago have dented its reputation to a further low. Idukki Diocese Bishop Mar Mathew Anikuzhikkattil  said that the girls from Christian community were converted to other religion through inter-caste marriages. He said that about 6% of marriages in Christianity are inter-caste and this is against the beliefs of Christianity.

He also went naming a dominant OBC community of the state, ‘Ezhava’ and Muslim youths perpetrating ‘Love Jihad’. Though he said this while addressing a pastoral council meeting of the Kanjirapally Diocese, the remarks have invited wide criticisms from all corners. However, the recent remarks from the Bishop had come out from the fear of believers fleeing their traditional churches of the state and embracing Independent churches. This trend, though was no new, has been continuing in the state for a while due to the growing infighting, sexual misbehaviors of priests and callous spending of money to show pomp and wealth of the community.

The unrest in the traditional churches may not be of recent origin, but a sudden exodus seems to have taken place as is evident from the number of Pentecostal churches and other independent churches that have mushroomed in Kerala in the past decade. These independent Christian groups are bringing a major attitudinal shift among the Kerala’s churchgoers. According to Indian Pentecostal Church (IPC), they have around 7,000 local churches and more than one lakh pastors and volunteers working around the world. (According to a report, the local churches under the ownership of IPC in 2007 were only 2,500. The increase in the number of local churches itself shows the rising popularity of IPC). The number of believers has crossed to more than 15 lakhs. Another recent phenomenon is that the majority of those coming into the Pentecostal fold are non-resident Indians settled in the Middle East and the US.

According to Nivin Jacob, an NRI and a Pentecost believer, many NRIs are influenced by Pentecostal teachings outside India and convert their families to the belief. With a trend of around 15-20 percent of people moving out of the traditional churches to churches that are more Independent have given an alarm call to the traditional clergy people. However, little efforts have been made in place by the traditional churches to stop the inflow of believers. A priest had recently commented that they have no other choice left with to prevent the defecators other than making the ugly church system cleaner. With scores of sexual scandals on both men, women, children, and inappropriate ways of fund spending have led to the erosion of the believers from the church. “It needed a gargantuan task to handle the exodus of believers. It is difficult to bring about a sudden change in these attitudes as the system is so complicatedly webbed”, said a believer.

Stories of Sexual Crimes inside the Churches

Shortly after Pope Francis has delivered one of his strongest statements on Catholic Church’s child sexual abuse scandals, calling them a ‘grave problem, and declaring “one priest abusing a minor is reason to move the Church’s whole structure’ recently, a priest named Fr. Edwin Figares attached to the Lourdes Matha Church, Puthenvelikkara in Ernakulam was accused for sexually assaulting a 15-year-old girl when she went to him for confessions. The incident is the last in the long of list crimes happened within the church. In 2008, the Pope suspended Bishop John Thattunkal of the Latin Catholic Diocese of Kochi on charges of adopting a 26-year old woman. In 2009, the Church dismissed a 45-year old nun after an MMS clip of her indulging in sex went viral. In 2010, Fr KG Joseph alias Fr Habib Joseph with Orthodox Church at Pothukal in Malappuram was arrested for sexually abusing a minor inmate of the hostel run by the church. The incidents of sexual atrocities against nuns have also brought disgrace to the Catholic Community of the state.

The arrest of a nun and two priests in connection with the murder of Sister Abhaya in her convent 17 years ago was one among the cases that brought notoriety to the church in the public more open. It was a few months ago that a nun was paid Rs 12 lakh to “settle herself in life” after she alleged that she was tortured and expelled from her convent for resisting sexual advances of a priest. This was the first time in the history that a nun was compensated. The Church paid an amount to the nun after she staged a sit-in protest outside her convent in Aluva near Kochi after the church refused to take her back on her return from Italy. Under the treaty, the 40-year old nun returned her robes and settled the issue.

The church maintained a stand that she was compensated after it find that she is not fit for convent life and rubbished the allegation of torture and sexual harassment. Within days after the case was settled, another nun came open against the apathy of the Church. Sister Teena, the first female to become a lawyer from the clergy community of the state, is living a life of loneliness and abandonment in a convent here at Ernakulam. The offence she had committed is that she has not budged to the ill deeds of the priests and not being part of their manipulations. Her name was removed from the register of the church and convent. Sister Teena, who has crossed the age of 61, is looking for some hope, as future looms large over her.

The nuns from the Catholic Church coming out parting their way with the Church alleging sexual harassment and mental torture has become a routine. Two biographical accounts; one by Sister Jesme (Amen) who gave up the nun’s robes after 26 years of service in 2009 and another by a male priest, KP Shibu Kalaparambil (Here is the Heart of a Priest) who left after 24 years in 2010 had dented the reputation and order of the Catholic Church. Both these autobiographies have sent ripples across the state, which told in detail about the sexual exploitation of women and men face inside the churches. Another autobiography of Sister Mary ‘Nanma Niranjavare Swasthi’ also tells agony and distress of nuns in the Catholic Church.

The Church which has been under severe criticisms from the defecated priests have found themselves in cold water when Major Archbishop Mar George Alencherry , head of Syro-Malabar Catholic Church, openly criticized the callousness of spending money of the poor to build posh churches and on Church festivals to show pompous and wealth. It was during the consecration of the newly built St George Forance Church, Edapplally near Kochi recently that the Bishop came open about the Community’s spending spree. The Church that was built on a whopping Rs 52 crore budget is said to be the largest of the Christian churches in Asia. With a total built-up area of more than 85,110 square feet, the church can afford devotees ranging from 5,000 to 8,000 people at a time. The building, conceived in octagonal shape, has three levels. The ground floor has an area of 19,500 sqft, where a chapel for perpetual adoration, offices, conference facilities and multi-purpose halls are set up. There is a 1,300-sqft garden in front of the church. The statues and other décor of church were adorned with imported gold and silver foil. The 22 feet altar was fully furnished with 10,000 cubic feet of teak wood.

The demand to stop luxurious conduct of church festivals involving pyrotechnics and procession causing traffic jam were also risen from the Archbishop. In the wake of this criticism from their head, the Syro Malabar Church issued strict instructions to parish priests and councils to ensure that luxury is avoided building churches. However, the instructions had only few takers in the community with a Church authority saying that it is not practical to introduce a limit on budgets. “Churches are built according to its importance and bringing a cap on its spending would affect the space for accommodate devotees. In the years the Christian devotees have increased manifold and it is our responsibility to make space for all of them to come and pray the god,” said him.

With a multitude of challenges from its own community, the Catholic churches in the state are trying their best to keep a regulation on interfaith marriages to stop the exodus of believers and offering incentives to encourage couples to have more children to steady decline in their population. 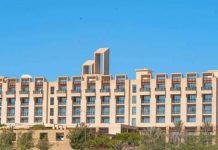