In an anguishing development, the Union External Affairs Minister Sushma Swaraj recently told Parliament that the administration found DNA proof with respect to the deaths of 39 Indians who disappeared in June 2014 from Mosul, Iraq, after the ISIS seized control over the city. Her declaration ended years-long speculation, generally from the administration’s part, on the destiny of the missing workers. This declaration comes subsequent to clashing statements by Swaraj starting with news of the kidnapping, trailed by affirmations that they were alive in 2015, moving into “can’t confirm without proof” in 2017 and now the acceptance of their deaths in 2018.

The news has come as a shock for the kins of the deceased, who until now considered them to be alive. The deceased were mostly construction workers from Punjab, Bihar, Himachal Pradesh and West Bengal. DNA matches from the bodies disinterred out of mass graves surrounding the disreputable Badush prison, on the outskirts of Mosul along the banks of River Tigris, had confirmed the deaths of the missing Indians. According to a detailed narrative by the lone survivor from the group, Harjit Masih, the remaining men were executed on June 15, 2014, just four days after their abduction. Masih, who reportedly escaped from Iraq in June 2014, claimed he was shot in the leg but managed to flee.

Masih affirmed that in June 2014, the ISIS terrorists captured the factory where he along with the 39 others used to work, and they were eventually kidnapped. Later, Masih said, “…they forced us to sit on our knees, in a row, and opened fire. I received a shot in my right leg and was covered with bodies. I fell unconscious. The next day, when I regained consciousness, I found all my fellow workers dead. After a few days of walking, I managed to reach a Bangladeshi relief camp and was rushed to hospital. A week later, I returned to India.” Sushma Swaraj, however, had disputed Masih’s claims and asserted that he was lying. She claimed Masih had escaped along with Bangladeshis with the help of a caterer using a fake name, Ali. Sticking to his stand that all the Indian workers, including him, were fired at by terrorists, Masih told media persons that he had used a different name as “Indian officials would have killed me if I had said my name is Harjit and I am an Indian.” Harjit was also lured with the promise of a job if he said that others were not dead.

In 2014, the news media claimed that 39 out of forty Indian workers who went missing in Iraq in June that year were reportedly killed by the Islamic State militants. In fact ABP news channel exclusively spoke to two Bangladeshi men in Kurdistan’s capital Erbil. The two Bangladeshi nationals, working for a construction company in Iraq, mentioned about Harjit Masih who miraculously escaped from the clutches of the ISIS. Yet the government was rigid on their stand of the workers being alive.

Sushma Swaraj on July 16, 2017 said: “General Singh has received confirmed information from a senior Iraqi official that first the workers were used for hospital reconstruction, then they were used for farming, then they were sent to Badush prison. But since they were sent to Badush prison, the intelligence agencies do not have any additional information. That is why once the fighting in Badush ends, when the area is cleared, only then will we know what their situation is now.” The most shocking thing is that Badush prison was demolished by ISIS in 2014 itself to free some 300 prisoners of its own hard-line Islamist persuasion. Last year, Iraqi Foreign Minister Ibrahim al-Jafari, on his India visit, said that he was unsure whether 39 Indians kidnapped by ISIS were alive.

Punjab chief minister captain Amarinder Singh claimed that the government had known of the deaths before. Also Congress MP Shashi Tharoor wanted to know why the government had given “false hopes”. There was dismay all around, with the Opposition openly attacking the government for giving hope to the families when there was none. National Conference leader Omar Abdullah said it was “unpardonable” that the families of the 39 Indians had to learn about their heartbreaking loss from television channels instead of the government. CPI(M) general secretary Sitaram Yechury on the other hand asserted ‘failure to save lives is bad enough; but misleading the country is inexcusable’.

The larger uncertainty that remains unanswered is why did Ministry of External Affairs take four years to confirm the deaths of 39 Indians? Why was Masih’s account rejected, in spite of support by Bangladeshi workers who were stuck in a similar circumstance? For what reason did they drag the families’ expectations for this long just to ‘officially’ declare what had been known from the beginning? From 2015 to 2017, Bihar, West Bengal, Himachal Pradesh and Punjab were heading for the Assembly Elections. There is a possibility that the Modi government tried to cover up the incident and mislead the public. It’s not sure if they did it deliberately thinking that this issue could have a negative impact on the BJP in the state elections. In June 2014, immediately after the abduction of these 39 workers and another 46 nurses at Tikrit, it was reported that the National Security Adviser Ajit Doval and the Intelligence Bureau Director Asif Ibrahim had flown to Baghdad and Riyadh respectively. While the mission to rescue the nurses succeeded, the MoEA did not admit that the mission to rescue the 39 workers had failed.

Furthermore, Modi, for the Meghalaya elections, felt the necessity to announce that 46 nurses rescued in 2014 were all Christians as majority of Meghalaya follows Christianity.

No coherent clarification, other than the way that the administration needed DNA confirmation, can be seen here. The issue of confirmation of evidence is bureaucratically justifiable, in any case, such techniques work better only when one individual is involved, for instance, in the case of Kulbhushan Jadhav. The government and diplomacy failed not only failed in locating the hostages but also in dealing with their relatives who have had a rough time trying to approach the government. The way MEA handled the issue, particularly with the families of the lost, will raise many more uncertainties than answers. 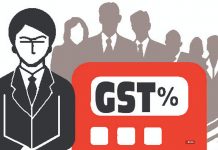