Business has so far been almost unfamiliar territory for Dalits. Different political parties have for ages been luring Dalits with reservation in jobs for vote bank politics. However, Prime Minister, Narendra Modi has gone a step further by offering preferential treatment and special incentives to Dalits for promotion of businesses. The announcement by the Prime Minister at Ludhiana, Punjab, the other day and help to Dalit entrepreneurs may be a welcome move, but when we correlate it with the forthcoming elections in Punjab and Uttar Pradesh, one can read between the lines that the newborn love for this segment is a clever move to woo Dalit voters.

Unwittingly, over the years, the Bharatiya Janata Party had created an anti-Dalit perception after the Dadri, Hyderabad, Dadri, Una and Mewat incidents. Even otherwise, the BJP’s obsession with ‘Hindutva’ agenda had long been well known.Punjab has a 31.94 percent Dalit population, which was reason enough to hold the PM’s function in the poll-bound state. The event offered Narendra Modi an opportunity to attempt a Dalit outreach. Modi engaged his audience when he said that “My Dalit brothers and sisters should not stand in queue to seek jobs, instead they should give jobs to others,” he said, adding that his “head hangs in shame” over atrocities on Dalits.

According to the last census, four states account for nearly half of the country’s Dalit population. Uttar Pradesh stands first with 20.5 percent of the total scheduled caste population, followed by West Bengal with 10.7 percent, Bihar with 8.2 percent and Tamil Nadu with 7.2 percent rank third and fourth. Scheduled Castes form around 16.6 percent of India’s population while Scheduled Tribes number is 8.6 per cent of total population.

The 2011 census recorded nearly 20.14 crore people belonging to various Scheduled Castes in the country. As per the 2001 census, the number was 16.66 crore. The Dalit population showed a growth of 20.8 percent, whereas India’s population grew 17.7 percent during the same period. The growth in Scheduled Caste population was 20.8 per cent while that of Scheduled Tribes was 23.7 percent. Though UP has the largest chunk of the total SC population, Punjab has the largest share of Dalits in its population at 31.9 percent. Himachal Pradesh and West Bengal follow Punjab with 25.2 percent and 23.5 percent. In Tamil Nadu, Dalits account for about 18 percent of the population. Lakshadweep has the highest proportion of Scheduled Tribes at 94.8 per cent of its total population.

Uttar Pradesh seems most important to BJP among all other states going to poll in 2017. A win in this state would boost BJP’s strength in the Rajya Sabha where key legislation have often been stalled by opposition. However, Modi faces a tough challenge to woo Dalit voters in this state where caste is the most important factor for voters. The reasons are varied. Firstly, the four-time former chief minister Mayawati considered as most powerful Dalit politician is making a desperate bid to wrest power. And secondly, the projection of the BJP as a party of upper-castes, elite and Hindu hardliners has caused image problems for Modi. These segments of BJP have been frequently attacking Muslims and Dalits. In Modi’s home state of Gujarat, a video of Dalits being beaten for skinning a dead cow, has gone viral. Poor Dalits earn a living by selling the carcass of dead animals. Naturally, as was expected, the attacks prompted widespread Dalit protests. With the BJP on the back foot, Modi himself had to clarify: “If you want to attack, attack me, not Dalits.” The BJP president Amit Shah too swung into action and sat cross-legged on the ground and shared food with Dalit families. Taking a cue, the party lionised the legacy of former Dalit leader B.R. Ambedkar.

What could be a cause of worry for the BJP could be that after the party government took the reins in 2014, there were 44,941 attacks against Dalits in the following year (2015) as per the data compiled by the National Crime Records Bureau. In Uttar Pradesh, there were 8,358 attacks against Dalits, up from 8,075 in 2014 during 2015. According to a report by the National Human Rights Commission, a crime is committed against a Dalit in India every 18 minutes. Sadly, each day three Dalit women are raped and as many murdered.

The data suggests that Dalits are not allowed to enter police stations in 30 percent of villages and in 35 percent government schools Dalit children are still asked to sit separately. Ironically as per a report of National Commission for Scheduled Castes, Modi’s home state Gujarat reported the highest crime rate against Dalits followed by Chhatisgarh and Rajasthan in the year 2015.

Alarmed, the BJP-led government at the Centre brought new legislation. The Parliament passed SC and ST Prevention of Atrocities Amendment Bill in December 2015 to curb crime against Dalits and to enable entry into all places of worship, education or health institutions. However, this has failed to check or arrest crime against Dalits. Some change is taking place, particularly in urban areas, where economic parameters matter more than caste order or where social movements against untouchability have brought a sea change in perceptions. However, Dalits are watching with dismay the hollowness of current hyper-nationalism or jingoism.

Conscious of this hard reality, the BJP celebrated Prime Minister Narendra Modi’s birthday recently as ‘Sewa Diwas’ (day of service) across the country aimed at wooing Dalits votes ahead of the 2017 Assembly polls. The ‘Sewa Diwas’ is the beginning of a series of programmes the party plans to organize to wrest the Dalit votes from the Congress and the Bahujan Samaj Party. How BJP has gone into overdrive could be understood from the fact that it has converted Dr BR Ambedkar House in London into a memorial. At a recent meeting of RSS at Nagpur, a large statue of Dr Ambedkar adorned the dias. The party is finding new strategies to woo Dalits.

The party think tank has suggested taking Dalits to their pilgrimage places on the lines of Punjab Chief Ministers’ Tirath Yatra Scheme. So much so that BJP chief Amit Shah took a dip in Narmada river with Dalit saints in Ujjain. The BJP has also come out with a social campaign named “Vichaar Kumbha” involving Dalits to have a dialogue with people from upper castes in slums and villages. The party has organised Dhamma Yatras in Dalit hamlets. The idea is to strengthen its roots with Dalits to reap political benefits in the forthcoming elections.

Now at a time when the BJP has gone into overdrive to woo Dalit voters, the Shakespearean Hamlet like dilemma for the party “To be or not to be” continues as a section is of the view that this could alienate upper-castes, elite and Hindu hardliners who have traditionally been its core strength. 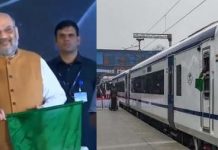 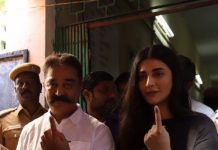