Mumbai : Stating that the Union Budget underlines and expands the concept of new India which is put forward by Prime Minister Narendra Modi, Chief Minister Devendra Fadnavis on Thursday said that this budget has presented a necessary roadmap for achieving the resolve of making country’s economy worth $5 Trillion by year 2025. Chief Minister Fadnavis has congratulated and thanked Prime Minister as well as Union Finance Minister Nirmala Seetharaman for a forward-looking budget.

The budget presented today makes an honest effort to fulfil the aspirations of people of the country. Stating that while taking in to account infrastructure issues, the budget also reflects a strong resolve to make country’s economy strong, chief minister said, `the decision to invest Rs. 100lakh crores for infrastructure is revolutionary in nature. In addition to this ambitious decision for creating new India, this budget has given special attention to progress of village, poor and farmers. Two crore houses would be built in next two years in rural areas. Moreover, building 1.25 lakh km worth rural roads, scheme for women’s Self Help groups (SHG) and schemes prepared for doubling the income of farmers have been provided with allocation in a big way. It would bring into reality dream of rural development and would also benefit development of industries especially in sectors like fisheries and small industries because of concessions for these sectors. ‘

This budget would open up doors of quality education for youth in addition to providing employment opportunities in the country which is a country of young population. For bringing Indian educational institutions in the league of global institutions, chief minister has said that while investment in higher and technical education has been tripled, commendable efforts would be made in making India a global learning centre through Learn in India program.

The reforms started by Prime Minister during the tenure of the previous Government have been continued by this budget. Recovery of non-performing assets worth Rs. 4lakh crore of the banks is an achievement. Chief Minister has mentioned that the efforts made in this budget to provide more liquidity to banks, provide a boost to financial sector in addition to bringing an end to NBFC crisis are important.

Stating that the decision of going for external borrowing in the external currency of the concerned country is an important decision, Chief Minister Fadnavis has said that it would bring an end to the stress in domestic market and would prove beneficial for industry. He said that the tax payers would benefit from interchange-ability of PAN and Aadhaar number for providing a fillip to cashless transactions. The common man would benefit from disinvestment decision in addition to banking sector reforms. This year there would be disinvestment of Rs. One lakh crore out of which 25 per cent shares can be bought by common man. It would help in participation of people and increasing their faith in this process. Tax reforms have been introduced in various sectors as well as tax compliance societies would be formed in various sectors which has been used to reduce the burden of taxes on common man. For this tax sector would be provided with Ease of Doing Business benefit and an effort for bringing an end to Inspector Raj is commendable. Chief Minister has said that taking in to account role of Maharashtra which is important in Indian economy, various schemes and initiatives would be implemented with speed. 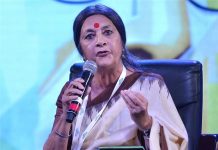 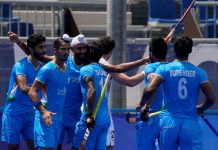