It’s time to re-look at public health care and revamp it to the advantages of the people so that they may not have to meet the same fate for want of medical care as in the current pandemic, writes MY SIDDIQUI 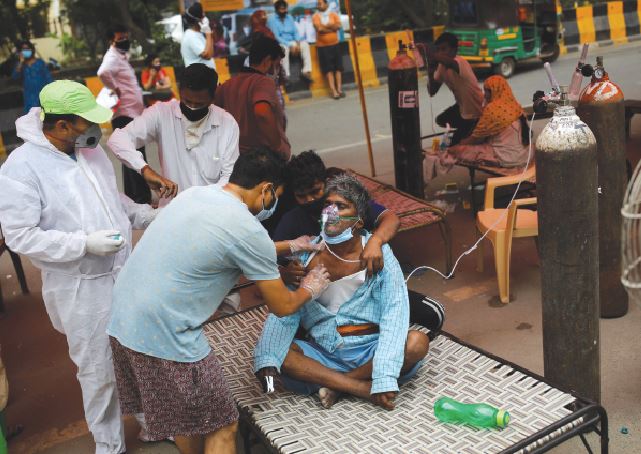 Covid-19 induced pandemic since early 2020 has brought untold miseries to India with an unprecedented loss of lives, livelihood, loss of jobs, innumerable/unaccounted/undercounted deaths for shortages of medicines, for lack of oxygen, lack of beds, people dying on roads, on pavements of hospitals, black marketing of life saving drugs, black marketing of oxygen, indignity in deaths for cremation or burial of loved ones, never ending serpentine queue of dead bodies at crematoria and burial grounds, mismanagement in vaccines, deaths of more than 1,000 medical doctors registered with Indian Medical Association, overcharging by private hospitals, government denying all that, glaring failure of leadership, resulting in all round collapse of modern healthcare that put spotlight on massive failure of the government to maintain a modicum of barest minimum medical care (Medicare).

This calls upon the government to re-look at public health care and revamp it to the advantages of the people so that they may not have to meet the same fate for want of medical care as in the current pandemic and left uncared for, sobbing and grieving.

Despite wide appreciation of frontline health warriors, their uncanny commitment and unparalleled services to the people, medical care in India collapsed during the pandemic compelling people to analyse reasons for such collapse of health infrastructure. Since Independence in 1947, country’s defence budget went up by about 9 per cent annually making India the third largest military spender in the world in 2019; its spending on health sector has been coming down. Government’s spending on health sector stuck around 1 per cent of GDP for about 15 years.

In 2004, the Union Government made a commitment to increase public spending on health by 2-3 per cent of GDP over the next five years. A similar commitment was made and reiterated in 2017 National Health Policy to increase spending on health to 2.5 per cent of GDP by 2025. Till now no significant increase in health budget has come forth. During the pandemic, private health sector’s contribution has been negligible less than 10 per cent, according to official sources. Private health services failed to take critical load of Covid-19 patients, besides charging exorbitant rates for treating pandemic afflicted patients.

Since Independence, successive governments built a robust system of primary health centres in big villages, a cluster of villages (in each village panchayt) supplemented by district hospitals. This system, however, collapsed due to the pressure from business lobbies, which entered the healthcare system of India by 1990. Basic infrastructure in primary health care included maternal, child health care services. Specialised healthcare services were provided through government hospitals in the urban areas. Since 1951 the number of doctors in the country has increased nine times to about 12 lakh (1.2 million) now, average growth of doctors per 10,000 population has increased only by three times.

In fact, the actual number of doctors is 18 lakh (1.8 million) with remaining six lakh (0.6 million) having gone abroad for greener pasteur. Additionally, India has fared poorly in its Universal Health Coverage (UHC), a barometer set by the United Nations (UN) to judge health services to people by all countries. UHC is critical to ensure that all, especially the vulnerable and marginalized groups, like women, daily wagers, homeless; migrants are cared for at the negligible cost. UN has included achievement of UHC by 2030 in its Sustainable Development Goals and  proclaimed December 12 as the International Universal Health Coverage Day.

The Planning Commission in 2010, guided by a high level expert group on UHC for India, envisioned UHC as a means to ensure that all people could access preventive, curative, rehabilitative and palliative health services of assured quality. As of now, however, it cannot be said that India has achieved any of the parameters of the UHC. Poor medical care is alluded to crass commercialization of medical system from education to management for the current sorry state of healthcare. 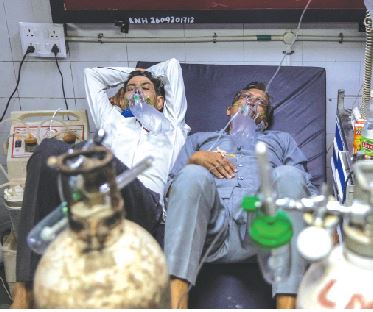 Medical education has been made expensive and corruption seeped in for undergraduate and post-graduate medical education for people with deep pockets only in the private medical institutes, which have outnumbered the public medical institutes. Despite such medical students or future doctors, committed professionally to the ethics and professional standards, in reality, they try to recoup the investment, once they become active professionally. Corporate hospitals that lure doctors at fat salaries further muddy the waters, always under pressure to generate more medical business guided by profit generation of the enterprise. Further, generalist bureaucrats manage healthcare facilities, making it expensive and source of corruption.

Other problems that inhibit health outreach to every body include non-professionals manning drug pricing control leading to seeping corruption that help increase prices to 400-500 per cent higher than the actual drug manufacturing cost, country being pharmacy of the developing nations notorious for producing large number of spurious drugs, generic medicines not being encouraged for lack of assured quality, making a patient shell out a bigger price for a medicine which might have cost a few rupees to manufacture. Added to these, treatment in mushrooming private specialty and multi-speciality hospitals has become costlier, as such hospitals are guided more by the profits than for providing cure or welfare. Still, all is not lost. There are way forwards in that whole medical infrastructure needs to be restructured to provide universal and cost effective medical care. Medical education be brought hundred percent under government control and liberalized to expand medical infrastructure to bridge the gap between demand and supply of doctors.

Some other important measures needed to be taken include every certified doctor by law mandated to work in primary healthcare centre to understand totality of people’s health problems and be empathetic to patients, introduction of fair and transparent mechanism to provide drugs at least cost to the patients to generate reasonable profits for manufacturers, prohibit by law pharmaceutical companies approaching individual doctors at hospitals to promote their products, ensure management of hospitals in government hands and not the private sector to ensure cost effective medical facilities to every citizen, all these to help India to come out of vicious cycle of corruption and nepotism in health care!