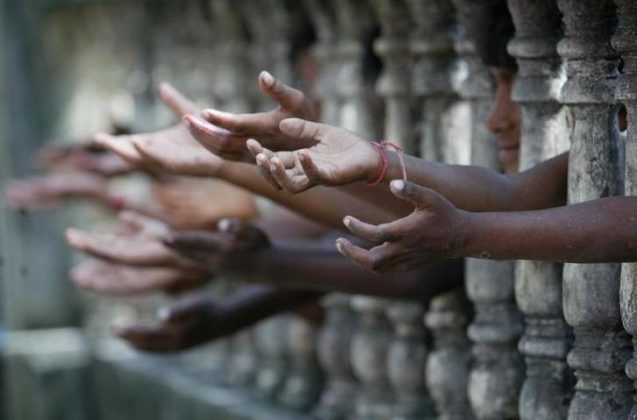 July 30 has been designated by the United Nations (UN) as World Day against Trafficking in Persons. To mark the day and remind ourselves of the plight of victims of trafficking, Tehelka’s Special Investigation Team has come up with the Cover Story “Silent Slaves: From Darjeeling to Delhi”. The report exposes how children in their early and late teens, the golden age synonymous with innocence and freedom, are brazenly trafficked to various parts of the country.

So much so that a hidden camera recorded a human trafficker from Siliguri, Darjeeling, West Bengal offering to provide in exchange of money, humans on false promise of work for drug trials carrying risk of life.  According to the National Crime Record Bureau, one child disappears every eight minutes. The NHRC Action Research on Trafficking, published by Orient Longman sometime back showed that in any given year, an average of 44000 children are reported missing; of them, as many as 11000 remain untraced.  Often children and their poor parents who are promised green pastures end up being severely underpaid, abused, and sometimes sexually assaulted at urban homes of the affluent. As it takes place inside private homes, the lone children suffer.

Reports suggest that out of 2,222 children trafficked in 2020, the highest 815 (36.6 per cent) were from Rajasthan, followed by Kerala (184) and Odisha (159). Bihar with 123 trafficked children and Jharkhand with 114 follow. India is particularly vulnerable and according to NGOs, 21 children have been trafficked every day. The Childline India helpline received 50 lakh distress calls over just one year. NGO’s estimate that there are about 300,000 child beggars in India and every year, 44,000 children fall into the clutches of gangs. Children make up roughly 40 per cent of prostitutes. It is estimated that over two million women and children are trafficked for sex into the red-light districts in India.

Despite advent of technology, which has put information and knowledge at our fingertips, the lack of basic education, unemployment and poverty have resulted in human trafficking, sexual exploitation, forced labour, begging and abuse of children. No doubt, the world over, human trafficking is labelled as the third most lucrative illicit trade, after drugs and arms. Tehelka investigations also unraveled that Nepali children are also trafficked to India for forced labour in various sectors. Indian women are trafficked to the Middle East for commercial and sexual exploitation.

In India, human trafficking has been prohibited as a fundamental right granted in the Constitution but trafficking as an organised crime continues. Human trafficking is a clandestine crime mostly underreported to police and needs serious policy initiatives to check it and to rehabilitate victims. India’s new education policy has been announced earning kudos but curriculum on human rights-education still remains to be incorporated to check trafficking!