It’s a little disconcerting that the first thing I thought of while watching a serious documentary like Fire In The Blood was an episode of South Park. In Tonsil Trouble, Cartman contracts aids while having his tonsils removed. Cartman being Cartman, he tries to drum up sympathy for himself, only to find that people don’t care about aids any more; cancer is the new fad. Eventually, his search for a cure leads him to Magic Johnson, who contracted the disease over 20 years ago and still lives a full life. The cure, Johnson reveals, is money. The doctors inject $180,000 directly into his bloodstream, disintegrating the HIV.
Dylan Mohan Gray’s debut documentary, releasing in cinemas on October 11, shows there is more than a little truth in that episode’s ridiculousness. There is no cure for AIDS, true, but through an aggressive regimen of three anti-retroviral (ARV) drugs, it can be managed and the patient can live an almost normal life for decades. The catch? The drugs cost over $12,000 a year, well beyond the reach of most AIDS patients, 95 percent of whom live in the developing world. The cure, or at least the closest thing to one, for AIDS is indeed money. That is, until Dr Yusuf Hamied came along.
On 6 February 2001, Hamied announced that his company, Cipla, would make Triomune, a cocktail of three ARVs, available for less than a dollar a day. At the time, only one in 2,000 patients in Africa could afford the costly drugs. This wasn’t because the three drugs were extraordinarily expensive to produce. Hamied calculated that manufacturing lamivudine cost 65 cents a dose, nevirapine 35 cents, while stavudine cost so little that he might as well give it for free. (Hamied waived all costs other than materials; even taking these into account, the drugs would’ve come to $800 a year.) All this without compromising on quality. The World Health Organisation (who) certified that Cipla’s drugs conformed to the highest standards and were safe.
The reason behind the high costs is a patent regime that has allowed the pharmaceutical sector to become the largest industry in the world. The law allows the holder of a patent, a monopoly over the drug for 20 years, during which time the company can charge pretty much what it wants. The rationale given is that the regime encourages research and development, that without the incentive of a monopoly, companies would have no reason to innovate.
Fire In The Blood, like many activists have over the years, blows massive holes into this reasoning. The idea that Big Pharma uses the massive profits on research, the film says, is a blatant lie. Only one percent of sales for most companies goes to research and development, a miniscule fraction of what they spend on marketing. It’s not even the case that all this research results in actual innovation; almost 84 percent of new drugs are developed at universities or through government funding. Companies buy these patents and use the privileges they grant to legitimate inventors to make windfall gains. Moreover, when those patents are about to expire, they make minor changes to the drug and register another patent, a process known as evergreening.

When hamied made his announcement, it was a direct challenge to this extortionate regime. The ARV treatment had been fully developed by 1996, and had led to the reversal of the AIDS epidemic in most of the developed world. However, patients who couldn’t afford the drugs — an overwhelming majority — continued to die. Despite repeated pleas by activists and governments, they refused to lower the price, or even to allow others to produce generic versions of the drugs. For instance, when South Africa began importing generic fluconazole — a drug that treats cryptococcal meningitis associated with AIDS, but more importantly, was a highly profitable antifungal for Pfizer — from Thailand, it was threatened with economic sanctions. Even after Hamied’s announcement, the industry, supported by the might of the US government, steadfastly refused to allow the drugs to be sold in Africa. It was only after national governments declared medical emergencies and ruled the patents should be broken, and when the idea of greater access to drugs got the approval of the United Nations and US President George W Bush, that these drugs were allowed in. Meanwhile, over 10 million people died of AIDS between 1996 and 2003. “The analogy that I make,” says Gray in an interview, “is there’s a kid drowning in a pool. You’re standing there with a lifesaver, but you do nothing. And when five other people come with lifesavers, you smash their heads. Is that a crime? I think so.”
He calls it the crime of the century, a Holocaust. He appreciates the gravity of the charge, but holds firm. “It certainly wasn’t, as it is generally portrayed to be, a perfect storm of unfortunate circumstances where people didn’t realise what was happening, or didn’t react quickly enough. The medicine was available; it was affordable. It was ready to go, and people stopped it from getting there.” The motive, Gray alleges, was that if Africans were given access to low-cost drugs, pretty soon Americans, who account for 50 percent of pharmaceutical sales (Africa gets all of 3 percent) would follow suit.
But Fire In The Blood is not just a crime story. It is also about those who fought back. About Hamied and the Indian pharma industry, which provided low-cost generic drugs to become the pharmacy of the developing world. About Zackie Achmat, a South African HIV-positive activist who refused to take ARVs until they were available to all patients. About Peter Mugyenyi, the Ugandan doctor who was the first to import generics from India (and was arrested at Entebbe airport for his troubles). About New York Times journalist Donald McNeil Jr, who was the first to ask how much such a drug would actually cost to produce, and got only silence from the US government, the who and the pharma industry. Gray realised that their struggle hadn’t been documented outside of newspaper reports. “Not only was this going to be forgotten, the groundwork was being done to repeat this on a greater scale.”
That groundwork took the form of The Agreement on Trade Related Aspects of Intellectual Property Rights (TRIPS), which made patent laws universal. Introduced in 2005, TRIPS killed off India’s generics industry, which relied on the country’s laws that deemed a patent could only be granted for a process, not a product. In the years since, our government has shown extraordinary timidity, buckling under international pressure and issuing only one licence for a new generic drug. There is a silver lining, though, as the judiciary has come down hard on frivolous patents. Earlier this year, the Supreme Court refused to allow Novartis to patent Glivec, an anti-leukemia drug it had made minor modifications to and tried to get another patent for. The patent wars of the future, Gray believes, will be fought in India. “If India stands its ground, there is hope,” he says. “If it doesn’t, there will be a catastrophe.”
ajachi@tehelka.com 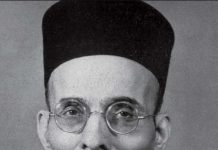