LK Advani has said the BJP hasn’t given up on the Ram temple issue and is committed to building it.
He is lying. The BJP has used the Ram temple issue only for political gains. They don’t give a damn for Lord Ram or the temple. As long as the BJP and the VHP are attached with this issue, it will never be sorted.
But wasn’t the demolition of the Babri Masjid meant to liberate Lord Ram’s birthplace?
The demolition of the Babri Masjid has brought misery to Ram Lalla [Ram’s idol]. When the Babri Masjid stood, the idol was protected from the sun and the rains. Now, rainwater flows through its temporary roof. I had to set up an umbrella to protect the idol. When the Babri Masjid stood, Lord Ram was draped in finery. Today, he stands like a beggar in rags. Before the demolition, devotees could have darshan from very close. Now, the nearest a devotee can get is 16 metres. The number of devotees visiting has fallen drastically. Thanks to security, the approach route is too circuitous and long. The police search every devotee and don’t allow any to even bring in prasad ki pudia [offerings in envelopes]. There is no akhand kirtan [ritual chanting]. No Ramcharitamanas paath. The loudspeakers are silent. First-time visitors swear they won’t come back. None of this happened when the Babri Masjid stood, thousands then thronged it every day. But by demolishing the Babri structure, the Rambhaktas have devastated Ram Lalla’s temple.
When do you think the temple will be built?
When the emotions of the Hindus and the Muslims are one on this. When both sides remember Iqbal’s words — sarey jahan se achcha Hindustan hamara.
What is the support for the VHP in Ayodhya?
Except for two or three old-timers, not a single new mahant or sadhu has joined the VHP since the demolition. People have realised that they use religion to mislead Indians. They pedaled Lord Ram’s name to seize the throne in Delhi.
Haven’t you made enemies among the Hindutva forces?
They have tried many times to have me removed as the head priest. They allege that I have no faith in Lord Ram. They have petitioned the Commissioner of Faizabad for my removal. But a Supreme Court ruling following the demolition protects my position as the head priest of what the Supreme Court calls the ‘makeshift structure’. The court says nothing can be changed here till the case is decided.
Who runs the management?
The Commissioner of Faizabad is the receiver. All offerings go into a bank account. Part of this money is used for the upkeep of Ram Lalla. But even that is sometimes released with difficulty, after I complain to the media. The rest of the money cannot be touched.
What is your view of Ayodhya’s Muslims, one of whom has filed a court case to reclaim the Babri Masjid?
Vo satya roop mein Ayodhyavasi hain (they’re true residents of Ayodhya). The Muslims of Ayodhya stitch clothes and make garlands for our idols. If these Muslims were evil they could easily slip in a bomb in the firecrackers they supply for our festivals. But they have never done that and never will.
So what’s the solution to this dispute?
Politicians will never solve it. Nominate a Hindu and a Muslim and ask them to sit and find a solution. But promise that everyone will accept that solution. It’s that simple. 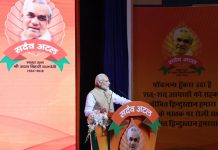 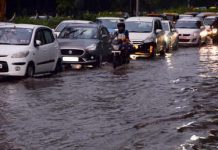