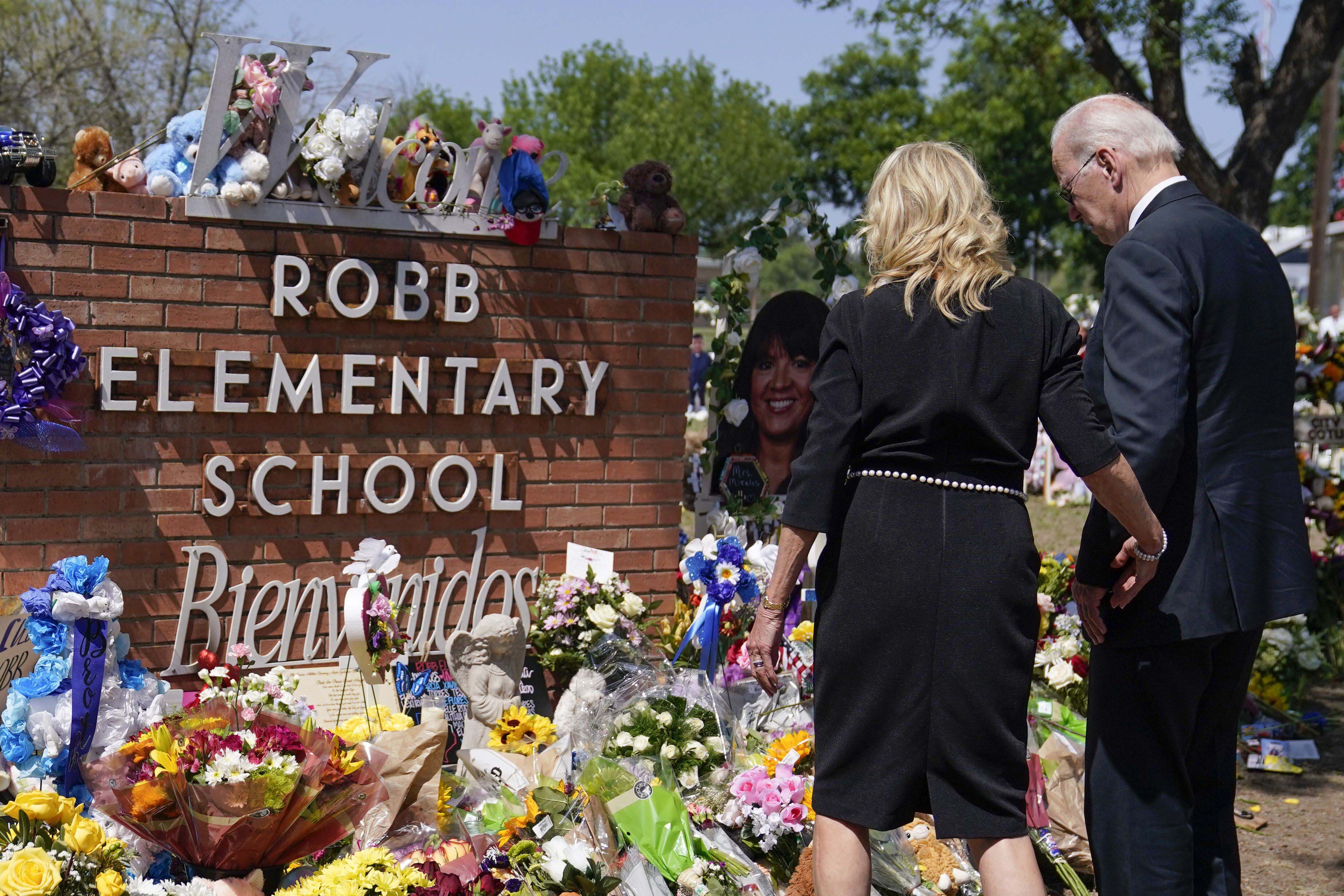 The world is shocked by the Texas tragedy. It, however, hopes that the law makers at the Capitol would adhere to the saner voice of their President, Joe Biden, who has asked them to stand up and support limits on powerful weapons. A report by Gopal Misra

The Americans are mourning, the killings of innocent children in a Texas schools. Their national flag is half-mast. The world is shocked and shares the agony of the tragedy with the people. It, however, hopes that the law makers at the Capitol would adhere to the saner voice of their President, Joe Biden, who has asked the law makers to stand up and support limits on powerful weapons.

In his address to the nation, Biden, who has already lost a young daughter, Naomi, in a car crash and an adult son, Beau, to a brain tumour, shared the sad news with the parents of the 19 school children with his appeal to regulate the free sales of weapons to the buyers with ill intent. The tragedy has taken place following the trigger-happy action of a teen aged boy, who obtains assault rifles, indulges in indiscriminate firings ending the lives of “beautiful, innocent second, third, fourth graders. ” He tells the people and says that “he knows the pain of the parents in Uvalde whose children will never return home.”

The suspected shooter, who might have had a handgun and a rifle, was also killed when law enforcement confronted him at Robb Elementary School in Uvalde. It is about 83 miles west of San Antonio. The six victims, who were initially identified by family members included two teachers, Eva Mireles, a 17-year educator who taught fourth grade, and Irma Garcia, who taught at the school for 23 years. Amid the chaos, parents were seen searching for children, “It’s like a horror movie,” Rosa Arizmendia, one of the mothers of the victims told media.

Does the statistics matter, whether a few children were killed or over 20 succumbed and 15 maimed by a ‘desperate’ youth? He obtains two assault rifles, kills his own grandmother, posts his ghastly act on the facebook, and then rushes to the school to mow down innocent children in a primary school. It could have been much easier to explain the motive of the youth, if he had belonged to a different race or religion, but the issue, perhaps, is much deeper, the social alienation or isolation appears to have deeply wounded our 21st century civilization especially in the USA, where the violence is brewing among all sections of the younger generation irrespective of their race or creed. The pictures of Ramos, reveal that like other Latino youths, Ramos too have been suffering merciless ridicule from his peers, but it had remained unnoticed. The initial reports reveal that Ramos used to lash out at others with verbal outbursts; a common phenomenon seldom noticed by adults. The tragedy in Uvalde, thus, disproves what white supremacists say about Latinos and other minorities. They are unable to assimilate in American society, but the incident reaffirms that their sufferings are common with the rest of the American youths.

Initially, it was a natural reaction that the ‘white supremacists’ have done it again, but later it was learnt that the violence was triggered off by a teen aged Latino youth. Earlier incidents were caused by a white man killing people from other races.  Just a month ago, a white man had reportedly murdered 10 Black people in Buffalo, New York. Earlier, in 2019, another white man radicalized by neo-Nazi literature drove hundreds of miles to a Wal-Mart in El Paso with the mission to kill Latinos. It is estimated as many as 23 people died in that massacre.

With the Texas killings, it appears that the American Society is on the edge, because in this case a Latino kills his own people. It could be attributed to the alienation and psychological humiliation, perhaps hitting the mental state of the common people of the world’s most powerful country.