The fire in their bellies may not die out but the radical manifestations of the iconoclasm go through a mellowing experience which transform them into radiant, sage-like emissaries.

Robin Venu Uthappa was once a brash bring-it-on kind of daredevil with a gladiatorial dash. He left the safety of the popping crease and walked to meet the fast bowlers on the up. Like swooning fighter jets, he zapped into the enemy camp, and caused destruction.

They called him ‘The Walking Assassin’.

He last played for India two years ago but has continued to score heavily for his franchises in all the 10 seasons of the Indian Premier League (IPL). He has the talent and game to play for the country in the short and shortest versions of the game but with a surge of youngsters knocking on the Indian team’s door, chances for Robin could be, realistically, slim now.

When he was younger, Robin was a bit overweight and often short-tempered, if not angry. But a few years ago as he went through what he calls a ‘deconstruction and reconstruction’ of his batting.

Under former Indian player Pravin Amre his character too underwent a transformation. “It (changing batting technique) was an arduous journey but it has changed me holistically,” he says.

At the age of 31, fit as fiddle — he has shed a lot of fat around his frame — Robin is still gung-ho about turning up for the country. “I should be playing for India but that’s not in my hands,” he says with a smile, which comes from a content heart. “I’m grateful for what I am today,” he adds as we sit down for a chat in Thiruvananthapuram. Robin has come to the city with the Saurashtra Ranji team.

Robin feels a lot lighter about himself than he used to feel five years ago. “There was a time when my progress as a cricketer depended on the failures of others, and I didn’t like it. I disliked myself… I was not at all at peace with myself,” he said. The stint with Amre has worked wonders with his outlook to life. “It had made me more grounded, and realise that we don’t own anything in life.” Marriage and becoming a father too have helped. “It has made me more settled as life became a lot simpler.”

Robin, who was part of the Young Brigade under MS Dhoni in the early 2000s, feels that cricket has changed dramatically in the last 10 years. He says that the IPL has transformed the game in India, instilling confidence in young players and offering them an opportunity to rub shoulders with international players. “We should thank the BCCI and IPL for such an opportunity,” he says. “The IPL is cross-cultural exercise, and it gives young cricketers an opportunity to work with players from different cultures. It has improved and sharpened our game.” Robin has played in all ten seasons of the IPL, and is now with Kolkata Knight Riders. The first Indian to score a 50 in Twenty20, Robin now thanks the low points in his life. “They push you out of the comfort zone, and make you accept any situation in life.”

Robin, who has worked hard on his fitness, feels Virat Kohli has raised the bar in batting and physical fitness. “When Paaji (Sachin Tendulkar) was batting it was magical, and now Virat is doing the same.”

Robin left Karnataka Ranji team this season after 15 years. “I wanted a change because changes and challenges will push you out of your comfort zone.” The food and culture in Gujarat are different from those in Karnataka. He was in talks with Kerala Cricket Association before deciding to join Saurashtra. “I wanted to join the Kerala team as I feel I could contribute a lot to this brilliant bunch of players,” says Robin, whose mother is from Kerala. He doesn’t say that it is the end of the road for his prospects of joining the Kerala team. “Who knows? We can’t predict anything in life, can we?”

Robin, who used to ‘walk down the pitch’ to fast bowlers, says Amre has deconstructed his batting. “It was not easy but I just trusted him, and he reconstructed my batting.” Robin has shown a penchant for punishing fast bowlers. “I enjoyed playing Brett Lee and Shaun Tait but I found Morne Morkel difficult to tackle.”

Robin is popular with cricket fans in Kerala. And, he obliges their requests for ‘selfies’ and autographs without any hangups. Someone who has played 46 ODIs and numerous memorable IPL innings, Robin is light on his shoulders.

Bitterness against the system, people around and with oneself leads to anger and strain. But Robin exudes a feeling of being light and radiant. He is quick to smile and easy to be with. “Difficult days make you more grounded, and you realise you don’t own anything here,” he turns philosophical. “I’m grateful that I am able to put food on the table for my family.”

Life has, indeed, become a lot simpler for the Walking Assassin. His fans still remember the ‘ramp’ shot he played at Oval way back in 2007 to take India home. Though one cannot say that his talent has not been fulfilled, Robin still has it in him to be part of Kohli’s men in blue. Robin has mellowed so much that he comes up with punchlines as frequently as his favourite over-the-head lofted shots. 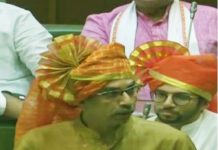