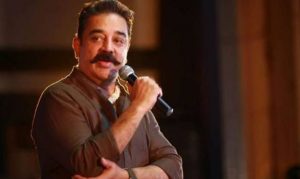 He said he was not intimidated by the backlash over his remarks but feel the quality of polity is going down.

Haasan said, “every religion has its own terrorists and we cannot claim that we are sanctimonious. History shows you that all religions have their extremists,” adding to it he said that his focus on Sunday’s campaign speech was on maintaining harmony.

Earlier this week, slippers were hurled at Kamal Haasan during his campaign in Tamil Nadu’s Madurai.

On May 12, addressing an election rally for his party candidate in Aravakurichi assembly constituency in Tamil Nadu’s Karur district, Haasan had said that the first terrorist in free India was a Hindu.

He clarified that his statement was not meant to appeal to the Muslim-majority electorate in the constituency.

“I am not saying this because this is a Muslim-dominated area, but I am saying this before a statue of Gandhi. Independent India’s first terrorist was a Hindu, his name is Nathuram Godse. There it (terrorism, apparently) starts,” Haasan had said.

A police complaint was also filed against Haasan on Tuesday over his comments.

Haasan filed a petition for anticipatory bail in the Madras High Court saying his remarks were in reference to Nathuram Godse only and not about the Hindu community as a whole.