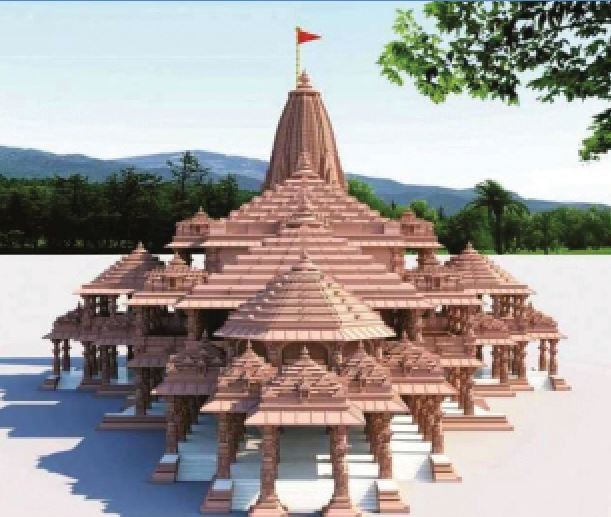 Samajwadi Party, AAP and Congress accuse Ram mandir trust of corruption in the acquisition of a piece of land in March this year, reports MUDIT MATHUR

The father of the nation, Mahatma Gandhi while being assassinated on 30 January 1948 in the compound of Birla Gandhi’s House (now Gandhi Smriti), uttered last words of prayer for his God — “Hey Ram.” What an irony that the Ram temple construction trust defended the allegation of corruption in land deals as, “We don’t worry as we faced the charges of Gandhi’s assassination too.” This unnecessary parallel was drawn by the temple trust secretary Champat Rai who recently got exonerated in the trial of Babri mosque demolition case.

The Shri Ram Janmbhoomi Teerth Kshetra Trust had been under fire over corruption charges for some questionable overpriced land deals acquired for enlarging Ram temple complex area hurting the sentiments of millions of Hindus who generously contributed 3200 crore donations to the trust. The expose came at a point when the state government is struggling hard to paint its efficient and clean image. The Ram temple in Ayodhya is an emotive issue in Uttar Pradesh that is preparing for assembly elections coming up next year.

The Aam Aadmi Party General Secretary and member of parliament Sanjay Singh and Samajwadi Party leader Tej Narayan alias Pawan Pandey who bombarded the shocking the exposures with regard to land deal bearing Gata number 243, 244, 246 of the land covering an area of 12,080 sq metres or 1.208 hectares, is situated at Bagbijasisi village under Haveli Awadh Pargana in Sadar tehsil of Ayodhya worth 5 crore 80 lakhs (as per circle rate), was first bought for 2 crore and soon after that Sultan Ansari earned many crore by manipulation in this land purchase. The mayor of Ayodhya also became a witness to this scam.

Addressing the media in its Lucknow office on 13th June, Aam Aadmi Party leader Sanjay Singh said that the land’s value was estimated at 2 crore during its registration but an additional payment of 16.5 crore was made to the seller just minutes later. “Land worth

2 crore was purchased at 18.5 crore by the Shri Ram Janmabhoomi Teerth Kshetra Trust in Ayodhya,” he alleged. The first sale deed shows the purchase of the property by Ravi Mohan Tiwari and Sultan Ansari from Kusum Pathak and Harish Pathak for 2 crore while the second one shows Tiwari and Ansari selling the same land to the temple trust for 18.50 crore. The sellers are property dealers based in Ayodhya and witnesses in both the registered documents are the same people, Anil Kumar Mishra, a member of the trust and Rishikesh Upadhyay, the mayor of Ayodhya. 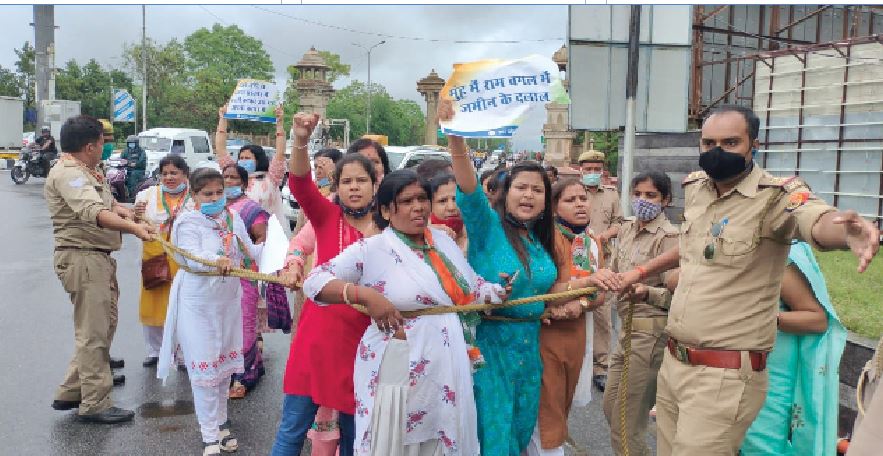 The Aam Aadmi Party leader raised objections over the modus operandi about the fund raising, “The act of the members of the Trust has dealt a big blow to the faith of millions of Ram Bhakts who have given donations for [the] construction of the grand Ram temple at Ayodhya. The land deal papers clearly show how the Trust members misused their powers and purchased land paying a hefty amount.” “Not just that. People donated a lot of money in the name of Ram temple. They feel betrayed, their faiths have been insulted. All the actions of the trust must now be closely scrutinised,” he emphasised.

In a statement released late on Sunday night, Champat Rai said that the value of land in Ayodhya has shot up ever since the Supreme Court’s 2019 verdict. As for the land in question, Rai said that the dealers from whom the Trust bought the plot had themselves struck contract years ago to purchase the property from the original owners at a lower price. The unchanged official circle rates of properties belie the defence offered on behalf of the temple trust by its secretary about land rate escalations that too in a couple of minutes.Champat Rai, said that people have been making allegations against the Sangh for the last 100 years. “We were also accused of killing Mahatma

Gandhi. We don’t care about such allegations. We will study them and then reply,” he told the media. Reacting to the defence stand of Champat Rai, Sanjay Singh further ridiculed him in a tweet enclosing his statement, “The Trust has said the land is expensive there. Lie detected. The value of the land is 5.80 crore but Sultan Ansari and Ravi Mohan Tiwari got it in just 2 crore then how just 5 minutes after it escalates to 18.5 crore. Can the value of land increase by 5.50 lakh every second?”

Congress General Secretary Priyanka Gandhi Vadra reacted to this land scam and tweeted, “Crores of people made offerings at the feet of God because of their faith and devotion. Misuse of that donation is unreligious, a sin, an insult to their faith.”

Addressing a press conference at AICC headquarters at Delhi, AICC media incharge and General Secretary Randeep Singh Surjewala made scathing attack over the issue and poised queries whether those who committed sin of trading the faith of God Ram enjoy the protection of the Prime

Minister Modi? How BJP leaders committed such a misconduct in the name of Lord Ram whose oath people take as an ideal for morality, words, dignity and values? How many other land purchases from people’s donations have been purchased like this?

Surjewala said the trust was constituted by the Prime Minister in pursuance to the Supreme Court’s judgement therefore he must answer the people of the country about the questions cropped up from this land scam. Nothing is protected in BJP rule. Even the faith of the people hoodwinked. “The chief justice of the country must appoint auditors and take the accounts of collections of donations and expenditures. This report must be disclosed to the nation,” he demanded while urging for a SC- monitored probe on the Ayodhya land deal fraud.

Meanwhile in Lucknow, the Mahila Congress workers demonstrated near the chief minister’s bungalow over the alleged land purchase deal for Ayodhya temple and expressed their outburst. Later police arrested them to clear road blockage.

The magnificently designed grand Ram Mandir will be a recreation of the traditional northern Indian style of temple architecture. The temple will be 161 feet tall and almost double the size of originally planned. The interiors show a high dome with intricate carvings on its stonewalls and pillars. The genesis of ‘Nagara’ or the northern style of temple architecture has been traced to 5-6th century A.D. that evolved with regional variations and complexities in design and structures as seen in Odisha, Central India and Gujarat. Ram Temple Construction Committee chairperson Nripendra Mishra reached Ayodhya on Sunday to review the ongoing construction of the Ram temple.