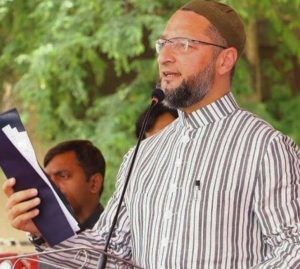 All India Majlis-e-Ittehad-ul Muslimeen (AIMIM) on Tuesday announced its first list of seven candidates for the coming legislative assembly election in Telangana.

According to the list, Owaisi’s younger brother Akbaruddin Owaisi would contest from Chandrayangutta assembly segment in Hyderabad, Mumtaz Khan will contest from Charminar, while Syed Ahmed Pasha Quadri will represent AIMIM from the Yakutpura constituency.

Legislative assembly elections in Telangana were originally scheduled to be held simultaneously with the Lok Sabha elections next year.

However, Telangana Governor ESL Narasimhan on 6 September had dissolved the assembly following a recommendation made by the TRS government, necessitating elections ahead of schedule.

The Governor had asked K Chandrashekhar Rao to continue as caretaker Chief Minister until the new government was formed.