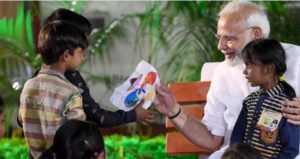 Prime Minister Narendra Modi in his address to the nation in the 68th edition of ‘Mann Ki Baat’ on Sunday asked the entrepreneurs ‘To team up for Toys’ and said that its time to get vocal for local toys.

PM in his address said, “I, together with the Children University of Gandhinagar, Indian government’s Ministry of Women and Child Development, Ministry of Education, Ministry of Micro-Small and Medium Enterprises, pondered and deliberated over, what we can do for our children. The subject that we contemplated over was – toys and especially Indian toys. We discussed how to make new toys available to the children of India, how India could become a big hub of toy production.”

PM touched upon an experience shared by Rabindranath Tagore about toys, PM said, “I read somewhere what Gurudev Rabindranath Tagore had said about toys, the best toy is that which is incomplete; a toy that children together complete while playing. Gurudev Tagore had said that during his childhood, he used to make his own toys and games with his friends, with materials available at home, using his own imagination. But, one day elders interfered with those fun-filled moments of childhood. It so happened that one of his friends brought a big and beautiful foreign toy. Now, all their attention was more on flaunting the toy than the game. That toy became the center of attraction for everyone, not the game. The child who hitherto used to play and mingle with everyone, and remain immersed in the game; the same child started to act aloof. In a way, the feeling of being distinct from the rest of the children took over his mind. In that expensive toy, there was nothing to create; nor was there anything to learn. That is, an appealing toy had subdued, veiled, and withered a brilliant child. This toy exuded pomposity, it exhibited wealth and a little nobility, but it curtailed the growth and grooming of the child’s creative spirit. The toy remained, but the game was over and the blossoming of the child stopped too. Therefore, Gurudev used to say that, toys should be such that they bring out the childhood of a child and also his or her creativity.”

Talking about the toy industry of India, PM said, “there has been a rich tradition of local toys in our country. There are many talented and skilled artisans who possess expertise in making good toys. Some parts of India are developing also as Toy clusters, that is, as centres of toys. Like, Channapatna in Ramnagaram in Karnataka, Kondaplli in Krishna in Andhra Pradesh, Thanjavur in Tamilnadu, Dhubari in Assam, Varanasi in Uttar Pradesh – there are many such places, we can count many names. You will be surprised to know that the Global Toy Industry is of more than 7 lakh crore rupees. Such a big business of 7 lakh crore rupees but, India’s share is very little in this. Now, just spare a thought for a nation which has so much of heritage, tradition, variety, young population, will it feel good to have such little share in the toy market? Not at all, you too won’t feel good after hearing this. Friends, the toy industry is very vast. Be it cottage industries, small industries, MSMEs, and along with these big industries and private entrepreneurs too come in the ambit of this. The country will have to persevere together to promote this. Further like, there is Mr. C V Raju in Vishakhapatnam of Andhra Pradesh. Once the Eti- Koppakaa toys of his village were very popular. The specialty of these toys – these were made of wood, and secondly, you would not find any angles or corners in these toys anywhere. These toys were round from all sides hence there was no scope for injury to children. C V Raju has now started a sort of a new movement for eti-koppakaa toys along with the artisans of his village. By making excellent quality eti-koppakaa toys C V Raju has brought back the lost glory of these local toys. We can do two things through toys – bring back the glorious past in our lives and also spruce up our golden future.”

Talking about online and virtual games, PM Modi said, “similarly in this era of computers and smartphones, there is a big trend of computer games. These games are played by children and grownups as well. But even in these games, their themes are mostly extraneous. Our country has so many ideas, so many concepts; our history has been very rich. Can we make games based on that? I call upon the young talent of the country – make games in India and make games based on India too. It is also said, Let the game begin! So; let us start the game.”

Appealing entrepreneurs to become a part of the toy industry, PM said, “To my start-up friends, to our new entrepreneurs I say- Team up for toys… let us make toys together. For everybody, it is time to get vocal for local toys. Come, let us make some good quality toys for our youth. Toys should be such that in their presence childhood blooms and smiles. Let us make toys which are favorable to the environment too. Be it virtual games, be it the sector of toys in the self-reliant India campaign, all have to play a very important role, and therein lies an opportunity too. A hundred years ago when the Non-cooperation movement started, Gandhi Ji had written – “Non-cooperation movement is an effort to make countrymen realize their self-respect and their power”. 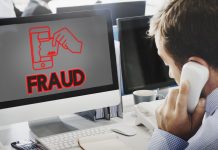 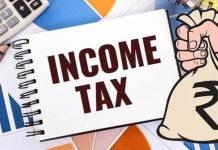 Raise IT exemption limit to Rs 5 lakh and pluck low...