Eight days after two of its union ministers resigned over the Centre’s refusal to grant Special Category Status to Andhra Pradesh, the Telugu Desam Party (TDP) has finally ended its four-year-old alliance with the BJP and walked out of the NDA.

Within hours after party president and chief minister N Chandrababu Naidu revealed in Amaravati about pull out of the BJP-led alliance, the TDP moved a no-confidence motion against the Modi government in the Lok Sabha. The YSR Congress also moved a confidence motion, media reports said.

The notices moved for the first time since the Modi government assumed office in May 2014 were not taken up as Speaker Sumitra Mahajan said there was no order in the House and adjourned the proceedings for the day amid vociferous protests over various issues. The no-confidence notices were moved by TDP’s Thota Narasimham. YSR Congress member Y V Subba Reddy, reported PTI.

Union ministers — P Ashok Gajapati Raju and Y S Chowdary — had quit on March 8 after a meeting with the prime minister.

The TDP politburo unanimously took the decision to end the alliance during a tele-conference with Naidu on Friday morning.

The TDP will write a letter to BJP president Amit Shah and also other constituents of the NDA informing its decision and the reasons for it, a party communique said while making the announcement to quit the NDA, the report hinted.

The union government exuded confidence that it has the numbers to ride out the crisis with BJP terming the decision by the TDP to quit the NDA “inevitable”, it added

The BJP, which claimed that the TDP exit provided an opportunity for it to grow in the state, faces the prospect of going it alone in the elections in Andhra Pradesh next year with the two main regional parties — TDP and YSR Congress — arrayed against it, media reports said. 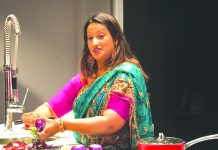