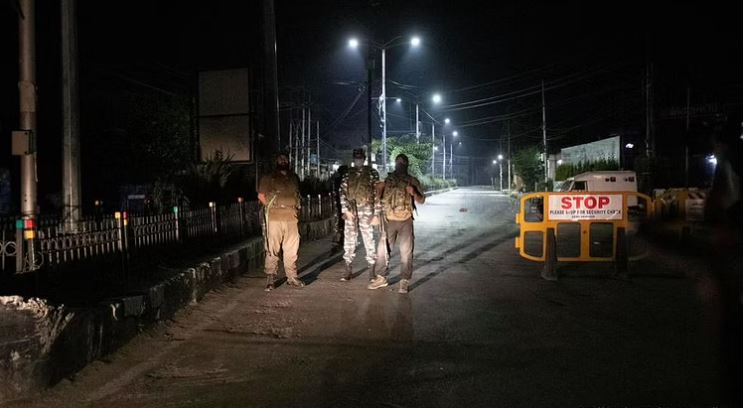 The targeted killing of minorities, migrant workers and employees from other states in Kashmir has led to migration to safer places.  The situation is akin to the 1990s, when there was a mass exodus from the Valley. This is a national humiliation and comes days after the present government celebrated eight years in power as a tenure that did not allow Indians to hang their heads in shame. And mind it, it’s not only what is being called ethnic cleansing by fringe elements in Kashmir that has caused embarrassment for us all.  A simultaneous storm has been created by two spokespersons of the ruling party because of their despairing and uncalled comments about the Prophet of Islam.

Our Cover Story, “Kashmir Conundrum:  Is a fresh Kashmiri Pandit exodus in the works?” by Riyaz Wani, Tehelka’s Srinagar based Special Correspondent, is a ground zero report from the Valley. Our other important story by Lucknow based Special Correspondent Mudit Mathur who wrote that “communal riots broke out in the Kanpur district of the Uttar Pradesh at a time when President Ram Nath Kovind, Prime Minister Narendra Modi, Governor Anandi Ben Patel and chief minister Yogi Adityanath were present in a function in Kanpur (Rural), which is less than 100 kilometres away from the violence spot”. It coincided with the state capital hosting a mega ground breaking ceremony to attract investments with top Industrialists claiming a congenial atmosphere after it had bulldozed crime and criminals. We can’t afford to keep the country on the boil.

The anger in the Gulf Cooperation Council countries or back home was pulpable against the now suspended BJP national spokesperson, and expelled Delhi media cell head for denigrating Islam and its prophet.  This happened when the Vice President Venkaiah Naidu was in Qatar and its Deputy Emir abruptly cancelled the official lunch for the visiting Indian Vice President and summoned the Indian envoy, seeking a public apology. It may be noted that the GCC countries are important not just for the trade worth $87 billion but also for the opportunities they offer to Indian expats.

While the Arab outrage is a wake-up call for us to weed out hatred that has seeped into our midst, the situation in Kashmir calls for all the stake – holders to consolidate the gains of peace rather than allowing the fringe radical groups to push them again to the sordid period of insurgency.   The task at hand is onerous because hardliners have now turned all the more radicalised and the modus operandi of these perverted elements is to shoot-and-scoot, with the avowed aim of  killing some and terrorising thousands.  With the upcoming Amarnath Yatra from June 30 to August 11,  there is an all the more need to rework the security requirements to dissipate the sense of fear and anxiety.